A pioneer helping power a new era in Shanghai 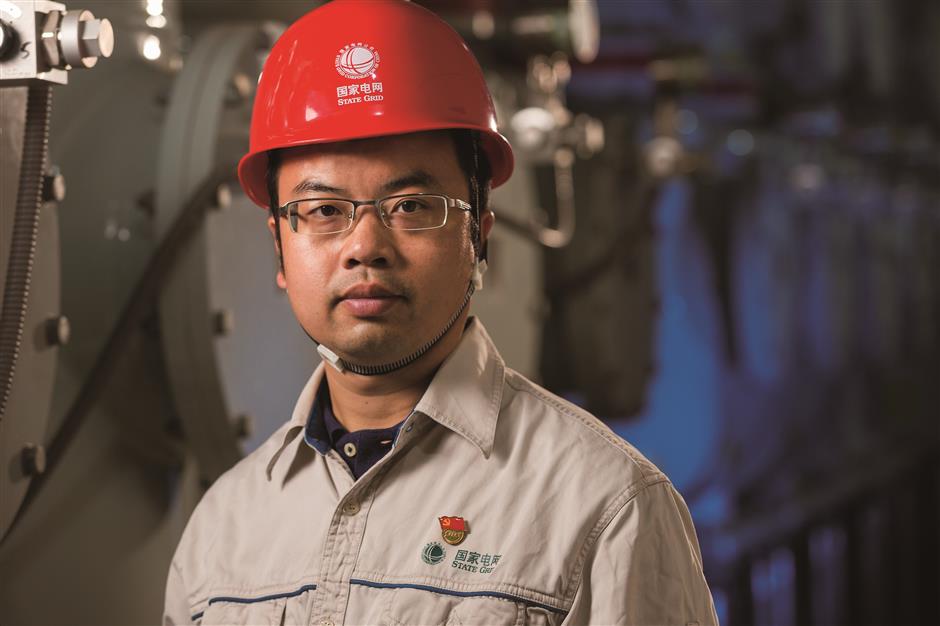 Xie Bangpeng was the envy of many people: He graduated from Tsinghua University with a PhD in electric engineering in 2008, and received a number of high-paying job offers. But he chose to follow what his tutor Lu Qiang, a member of the Chinese Academy of Sciences, had told him: “Standing at the forefront from the beginning is the right way for a well-educated man.”

“When I first arrived at the scene, I found that I didn’t understand the equipment, technical rules, operation procedures or even the Shanghai dialect of the masters,” Xie recalled many years later.

The Sichuan native, born in 1982, decided to learn everything from scratch.

“I became the person who turned the most screws, read the most blueprints and took the most notes on my team,” Xie said. “I am fully aware that innovation is the driving force leading Shanghai to an excellent global city.” 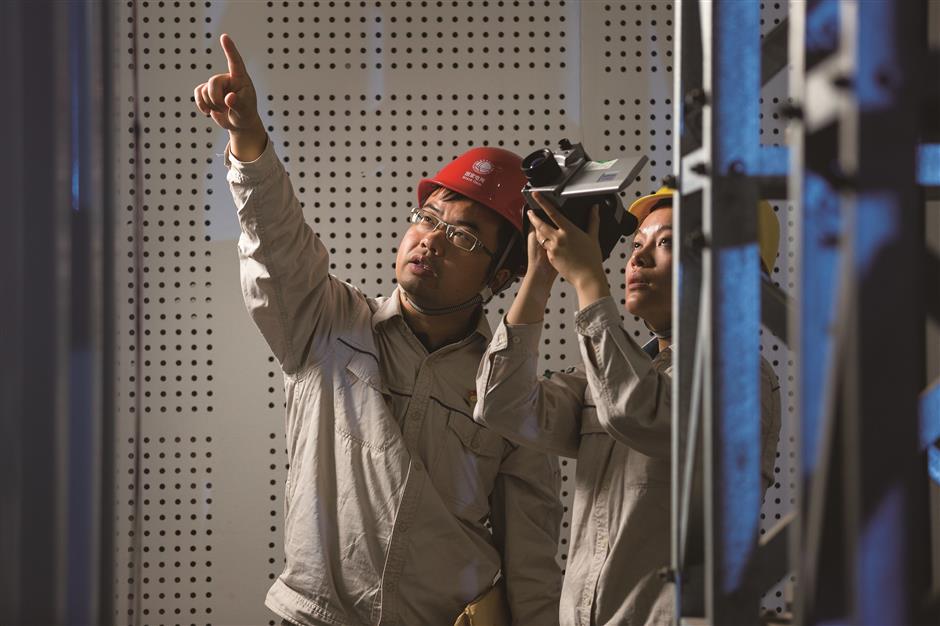 Xie Bangpeng and his teammate at work

Xie interprets the craftsman spirit in the new era with hard work and outstanding skills and with his persistence and tenacity.

He was promoted in just three years to take charge of the company’s unit for relay protection and power system automation, which came with the highest technical requirements.

“In the past 12 years working and living in Shanghai, I have witnessed the great success of the Shanghai World Expo, Shanghai Disneyland and the development of Zhangjiang Science City and Lingang Special Area of the Shanghai (China) Pilot Free Trade Zone,” he said. “I have realized the mission and responsibility of an industrial worker who has ideals and beliefs in the new era, understands technology and innovation and is highly dedicated. It’s my lifelong pursuit.”

For the preparation of the Shanghai World Expo, the data of some business users was incomplete, which posed dangers to the power grid security. Xie insisted on walking more than 10 kilometers every day to carry out on-site checks.

He used his feet to measure the power supply routes of all business users in the Pudong section of the Expo site, and accurately mapped out thousands of line connections, making himself a “living map” of the expo power supply protection. 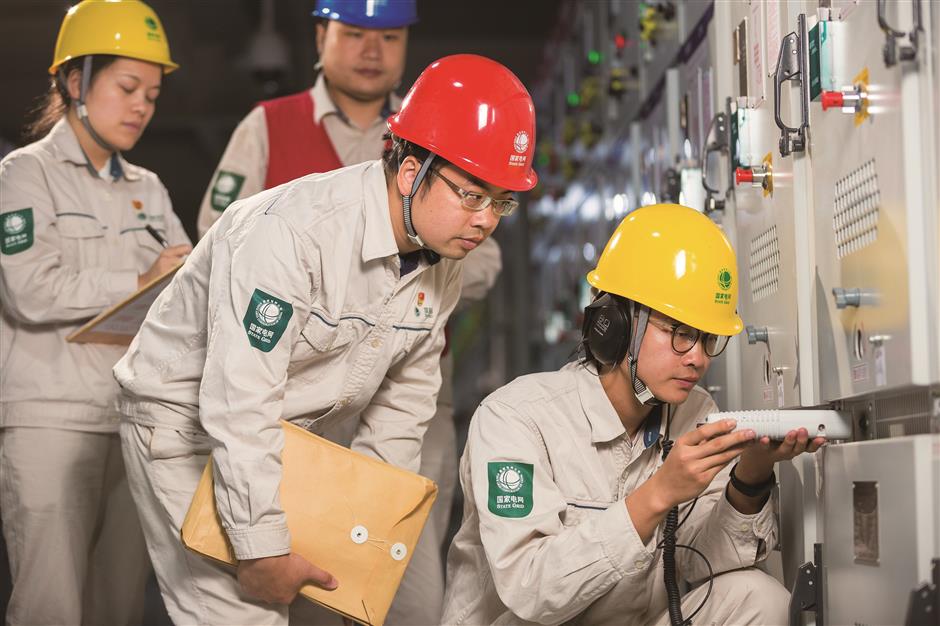 Xie (center) works with his colleagues.

In 2016, prior to the official opening of Shanghai Disneyland, Xie led his team to install the self-healing and load transfer functions of 10KV distribution lines, ensuring almost 100 percent reliability of the park’s power supply.

In addition to ensuring a safe power supply for major events, Xie also participated in the relay protection and distribution automation work of the first high-reliability power supply demonstration area in China.

In 2013, taking advantage of the construction of Shanghai (China) Pilot Free Trade Zone and the goal of turning the city into a science and technology innovation center, Pudong power supply company spared an area of 10 square kilometers along the Huangpu River for demonstration, aiming to build a world-class distribution power supply network in Pudong comparable to Tokyo’s.

After the completion of the demonstration area, the average annual outage time in Pudong’s Lujiazui area will be reduced to only five minutes, and the power supply reliability will reach almost 100 percent, which is higher than that of New York City and Hong Kong and comparable to Tokyo.

Xie and his team successively developed cable quick connectors, an active defense system, a real-time monitoring system for main transformers and intelligent video-monitoring systems for overhead lines. Together with the first-class distribution network, they built “an iron wall” of smart power protection for tasks such as the China International Import Expo.

In February 2015, a workshop named after Xie was established. In just a few years, it has created a number of domestic firsts.

Xie’s team has more than 50 patents, published 20 theses in China and abroad and received more than 20 awards at or above the provincial level.

With the concept of “user-centered and demand-oriented,” Xie and his team constantly deepen the innovation of organizational structures and service modes, expand the main functions of customer managers and realize the upgrading of customer service experiences.

Amid the sudden outbreak of the COVID-19 pandemic, Xie believes that learning from the data of enterprise energy consumption can most accurately reflect the real situation, and statistical efficiency can also be greatly improved.

Based on the big data analysis of smart city energy cloud platforms, he and his team obtained the power index, which directly reflected the resumption of work for the whole region, various industries and key enterprises.

It provides a “wind vane” for solving the difficulties and bottlenecks in the development of the region, and provides an important reference for the government’s decision making. 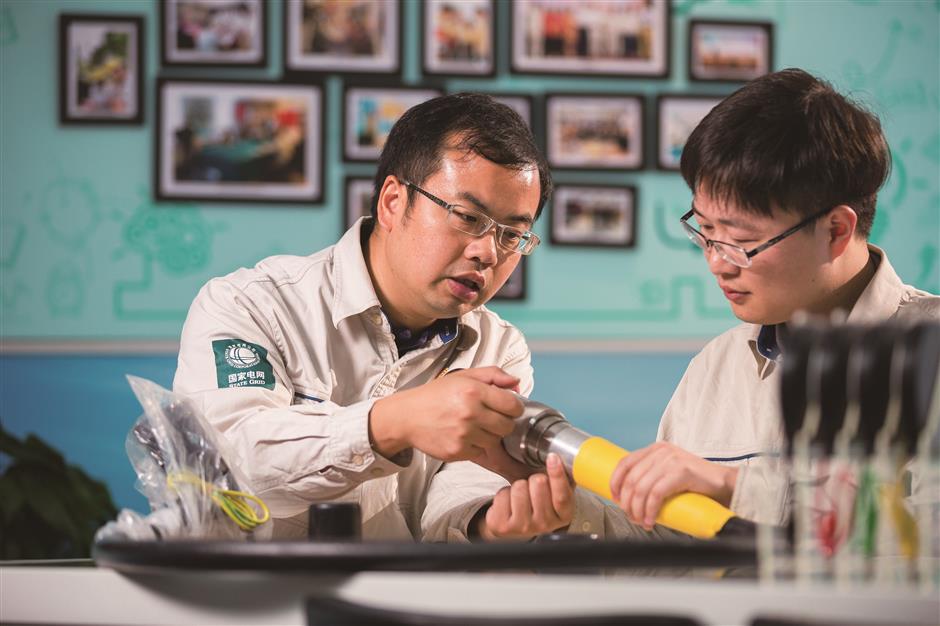 Xie gives instructions to one of his teammates.

In 2019, Xie launched the “energy steward” service to meet the demand of customers for digital energy services, and help the city’s refined and detailed governance.

The service also makes full use of the exclusive environment in Pudong to innovate the interaction and cooperation between government and enterprises; actively tap and cultivate customers’ energy demand; build a new ecosystem of comprehensive energy services; and lead the energy ecology with a digital ecology to realize the transformation of business modes and product supply forms.

Currently, Xie is taking the initiative to step forward and fulfill the major national strategies, such as building a new power system and achieving the country’s carbon peak and neutrality goals.

He and his colleagues have worked out a “handheld energy steward” smart terminal for carbon emission analysis and prediction based on electric-power big data.

It promotes a “one household, one policy” precise service scheme for users, realizes “private customization” of users’ energy demand and strives to create the “Pudong model” of a “green, low-carbon, safe and resilient, open and sharing, high-quality” urban energy Internet to boost smart and efficient “zero-carbon development.”

The new era is the era of strivers and innovators. Xie is pioneering the way for the development of a smart city, while writing a new chapter in the construction of a world-class energy Internet. 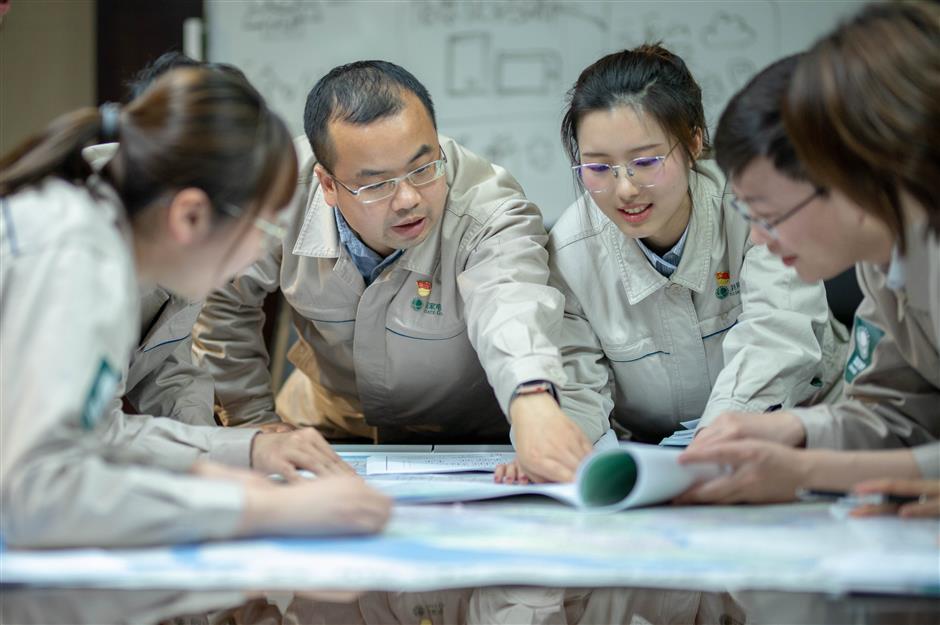