The first thing that comes to mind for most people when they think of Battle Creek is the cereal company founded by W.K. (William Keith) Kellogg in 1906.

The company that bears his name earned Battle Creek the title of “Cereal City” and established the city as a leader in food science and innovation.

Efforts are now underway to capitalize on that leadership position with a new initiative called Battle Creek Food Reimagined that is being driven by organizations including the City of Battle Creek, JPG Resources, Kellogg Community College, Michigan State University, and Battle Creek Unlimited. 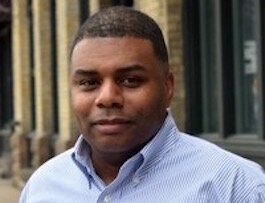 Shabaka Gibson, Vice President of Retention and Workforce Development with BCU.In late May, representatives with these organizations had a virtual meeting with officials from a number of state and national organizations, including the U.S. Economic Development Administration, the U.S. Department of Agriculture, and the Michigan Economic Development Corp., to discuss resources and opportunities that have the potential to spur future growth in the local food industry.

“Battle Creek Food Reimagined is our attempt at revitalizing food entrepreneurship and innovation in Battle Creek,” says Shabaka Gibson, Vice President of Retention and Workforce Development with BCU. “The point of the meeting was to create awareness on both sides to tell them what we’re planning and for them to tell us what programs they have that will fit with what we’re trying to do. So, when we’re ready, we’ll know who to call.”

The overarching goal is to bring in additional resources to leverage what Battle Creek already has in place and to further support existing technical expertise, says Ted Dearing, Battle Creek’s Assistant City Manager.

“Some of these agencies may have funds available for particular programs. That’s good, but we need to know what to do to access those funds,” he says. “It’s hard to know when we may get those resources because we don’t know what programs will fit. We need to figure out the programs and the opportunities that might be a good fit.” 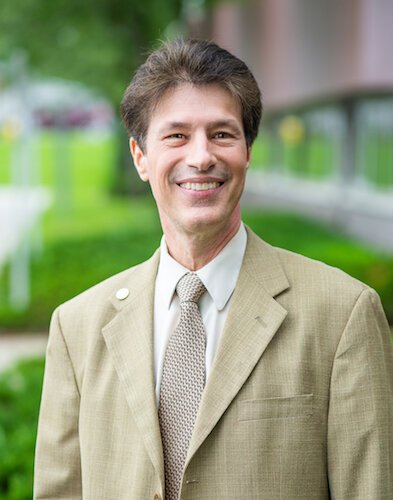 Ted DearingDearing says the U.S. Economic Development Administration routinely holds summits like the most recent one in Battle Creek in communities throughout the country.

“The EDA does these federal convenings around the country and there are usually six per year. I think this was a pretty unique opportunity to get all of these federal agencies in one room at one time to talk about Battle Creek,” he says. “We recognize that we don’t have the resources on our own to go it alone. This was an opportunity to lay out what we do have in front of federal and state agencies to talk about partnerships to leverage what we already have here. This gets us in front of those agencies who work in the food space or fund economic development initiatives.”

Gibson says Battle Creek is already well-positioned to capitalize on state and federal resources that may become available. But he also says it is important to reiterate that the Battle Creek Food Reimagined initiative is still very much in the strategic development phase and the first thing that needs to happen is the work of identifying and attracting resources to the community.

“We have the talent and a history and culture in the food industry here and when you put these all together, these are assets that other communities would love to have,” he says.

Dearing says Battle Creek has a long heritage of food innovation that goes back to the early days when the city’s complement of cereal companies grew to include Post and Ralston.

“We are looking for ways to leverage what we have in the community and our core competencies. We want to enhance our existing image in Battle Creek as a food community with progressive, dynamic food companies that are investing in the industry today,” Dearing says. “Battle Creek has assets, resources, and expertise that you can’t really find anywhere else in the country to help young food companies to progress.”

Battle Creek Food Reimagined will focus its efforts on food companies that are ready to accelerate their existing business and help them to remove obstacles that prevent them from breaking through barriers to regional or national distribution of their products, Dearing says.

At the same time, efforts are underway to establish physical space and have food equipment available that will enable companies to scale up their business. The group also is looking at providing resources that companies looking to locate in Battle Creek may require, including a trailing spouses program and access to potential capital.

“The idea is to attract these young companies to come here and who knows, they could be the next Kellogg’s, Dearing says. “We’re trying to build a complete food-related ecosystem to support the development of companies by giving them access to a community of experts such as WKKI and JPG Resources,” Dearing says. “We also have a physical facility like the Accelerator at the Tiger Room where we could actually grow them. In the future, we envision a much larger center for food-related activity.”

To do that, “We need access to key resources, technical expertise, innovation centers like WKKI (W.K. Kellogg Institute for Food and Nutrition Research), access to training, capital, and workforce training and education,” Dearing says.

KCC and MSU will play a major role in the workforce piece of the BC Food Reimagined initiative, says Tonya Forbes, Dean of Arts and Sciences with KCC.

In preparation for the meeting, MSU officials identified areas where employees would be needed and the educational opportunities available to them. Forbes says areas of training needs included retail food distribution that aligned with basic customer service and training on specific equipment for food processing operations.

As a group, Battle Creek Food Reimagined members Identified some priority areas and workforce development was among them.

“Part of it is making sure we have a workforce that’s trained and properly skilled to support whatever industry comes,” Forbes says.

During the May meeting, she discussed how KCC and MSU can address anticipated workforce needs through customized training.

“Literally, when an employer comes to us and says they need employees to learn this skill set we can design a program for them for college credits or as a training opportunity,” Forbes says. “We also can provide industry certifications like OSHA (Occupational Health and Safety Administration) or Microsoft Office and offer degree and certification programs for credit. For this initiative, there are some existing programs, but the likelihood is we’ll develop new food-specific certification programs.”

Building the talent base to support future growth in the number of food-related businesses and food-related services that choose to locate in Battle Creek will give KCC and MSU opportunities to provide not only workforce and talent development but also business development for entrepreneurs, Gibson says. This includes food companies that provide services to other food companies.

“The trick is to not have limits and say that we’re only going to focus on these foods or those foods,” he says. “We need to pay attention to what’s trending in the food industry like plant-based proteins or alternative meats and where the new jobs and ideas are and focus on the assets that will lead to that. We need to maintain a broad focus and put ourselves in front of where the markets are going.”