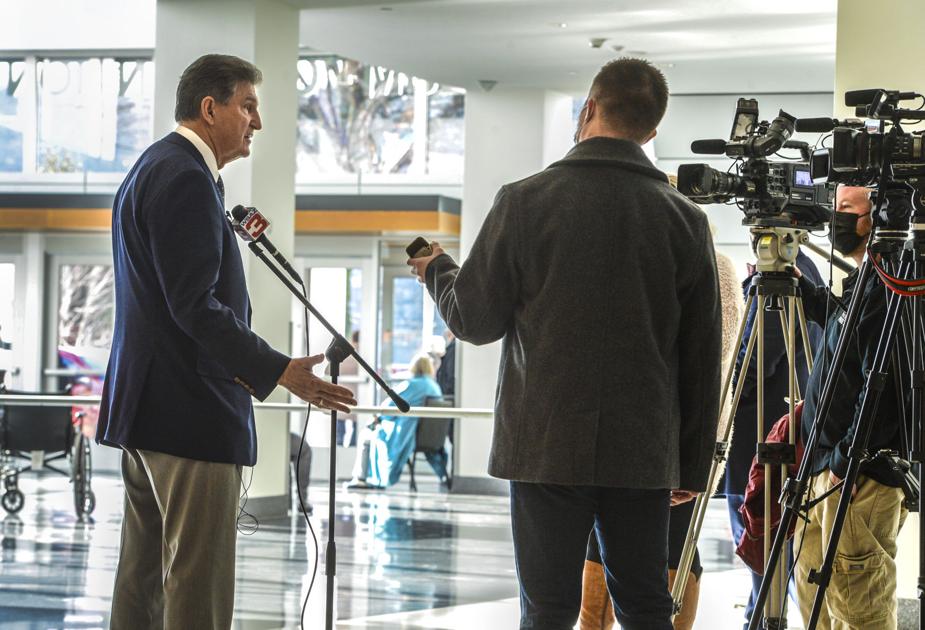 Chris Hamilton’s tenure with the West Virginia Coal Association has paralleled Joe Manchin’s rise in politics from the state House of Delegates in the 1980s to his run as a U.S. senator.

That history, Hamilton said, makes him optimistic the Democratic senator will be an ally in working to keep the federal government from forsaking coal amid moves toward a carbon-free economy.

“We’re obviously hopeful that Senator Manchin … would be an ally in trying to prevent a forced conversion of baseload generation into renewable power,” Hamilton said.

Now Manchin wields more power than ever in an evenly divided Senate under his party’s control. The coal country native who founded a coal brokerage is the incoming chairman of the Senate Committee on Energy & Natural Resources, where he will play a critical role in shaping federal energy policy.

“I think his role’s going to be pretty doggone important going forward,” Hamilton said. “No question about that.”

Helping fuel the intense scrutiny that Manchin has received in the early days of the President Joe Biden administration is Manchin’s reputation as a centrist. That has inspired optimism among environmentalists who see in his track record signs he will embrace measures toward a climate-conscious energy transition in the Biden era as long as it yields investments in coal communities in West Virginia.

“[Manchin] recognizes the urgent need to act on climate issues, but to do it in a way that helps West Virginia build a new and sustainable economy,” West Virginia Rivers Coalition Executive Director Angie Rosser said. “He is the right leader in the right position at this critical time to help our state and nation through this transition.”

Under Manchin’s watch as governor, the state Department of Environmental Protection sued the U.S. Environmental Protection Agency in 2010 over mining permits. That same year, a Senate campaign ad featured Manchin firing a rifle at a copy of a bill to cap carbon emissions. He also introduced a bill that would have delayed EPA air pollution rules and joined Republicans in an unsuccessful effort to kill EPA regulations requiring cuts in toxic emissions from coal-fired plants, all during Barack Obama’s first term as president.

But Manchin has taken an “all of the above” approach to energy policy, embracing Biden’s goal of net zero emissions by 2050 and recently touting the passage of a year-end energy package that approved investments in renewable energy sources, including wind, solar, hydropower and geothermal.

“There’s so much new energy coming on board and so many different ways to produce energy, I think, cleaner than we’ve ever done it before,” Manchin said in a conference call with reporters Jan. 19, the day before Biden took office. “You just don’t eliminate anything from for the sake of — someone says, ‘Well, I don’t like that.’ Well, we need everything we [use] now in order to be energy-independent, but we need to use it cleaner. That’s our challenge.”

“It is prudent to evaluate if taxpayers are receiving a fair return for the use of their resources,” Manchin said in a statement in response to the federal land oil and gas leasing pause. He noted Department of Interior estimates that 53% of land and 77% of public waters under lease have no active production.

Manchin reiterated his support for using all available resources in the cleanest way possible rather than looking to eliminate any of them.

“I intend to hold the administration to this while ensuring that the burden of any acceleration in already changing markets is not unduly placed on these communities that powered our nation to greatness,” Manchin said.

“That’s the most kind of obvious technological and policy solution to kind of keep coal in the mix even as there’s this effort to lower emissions,” Christian said.

The technologies capture carbon dioxide emissions from sources such as coal-fired power plants and reuse the carbon dioxide to create products or store it permanently underground in geologic formations so it will not enter the atmosphere.

Manchin and Sen. Shelley Moore Capito, R-W.Va., were among a bipartisan group of seven senators who introduced legislation last month that would make targeted statutory changes to enhance a tax credit that Congress expanded in 2018 to spur investment in carbon capture technology.

“As much of their work [on] coal is going to be about pushing back against policies that they think are really bad for the industry as it is trying to find ways to keep coal in the mix,” Christian said. “Sort of offense and defense.”

Manchin’s office said Biden’s nominee to lead the Department of Energy, former Michigan Gov. Jennifer Granholm, committed to him during her confirmation hearing Wednesday that she would prioritize department funding for research and development to be used in states that lost “traditional jobs.”

“Innovation, not elimination, is the way to go,” Manchin told Granholm, whose nomination he supports. “Everybody can be brought along and taken care of if we can recognize the people who have done the heavy lifting. I know you well enough to know that you’ll be sympathetic to the people who are asking for a chance to provide for themselves and their families.”

Hamilton was hesitant to endorse carbon capture and storage technologies, saying that they can become easily politicized.

“If that’s what is necessary to continue to use fossil energy in the electricity manufacturing business, then we should step up and become more involved in that research,” Hamilton said. “… What happens, though, is sometimes political agendas get in the way of ideas and people expressing greater interest in some things because the moment I say, ‘Let’s look at carbon capture,’ someone else is going to say, ‘Let’s mandate it.’ What I’m suggesting is not mandating it today because there are a lot of geological and ownership issues.”

In September, the International Energy Agency said carbon capture and storage is the only group of technologies that contributes both to reducing emissions in key sectors directly and removing carbon dioxide from the atmosphere to balance the emissions that are the hardest to prevent. That, the agency said, is a critical part of reaching the net-zero emissions goals that a growing number of governments and businesses have set for themselves.

Many experts have viewed carbon capture and storage as expensive and inefficient. But more than 30 carbon and capture projects have been announced following a tax credit expansion in 2018, according to a database maintained by the Clean Air Task Force, a nonprofit group that advocates for clean air measures.

DST Innovations, a United Kingdom-based technology company, announced plans in November to build a reactor next to a source of coal in West Virginia to reduce the coal to hard carbon for use in making batteries and supercapacitors.

Charlie Burd, executive director of the Gas and Oil Association of West Virginia, said Biden’s executive orders have given the oil and gas industry pause.

“But over time, hopefully someone with Sen. Manchin’s sense of diplomacy, his vast knowledge and his ability to compromise will be a benefit to the energy producers in this country,” Burd said.

Burd noted Manchin’s disappointment over the July announcement that the Atlantic Coast Pipeline had been canceled.

Manchin lamented the loss of construction and manufacturing jobs for West Virginians at the time and disagreed with Biden’s executive order revoking a permit for the Keystone XL pipeline.

Conservationist and economic development groups working in coal communities are looking to push Biden toward embracing an energy transition while not leaving those communities behind. They want Manchin to make that push, too.

“I’m especially excited about his understanding of the realities of climate change and of the economics around the coal industry and what that means for West Virginia and what his role is to help those communities,” said Thom Kay, legislative director of the environmental group Appalachian Voices, one of 13 groups calling on the Biden administration to create a task force on coal and power plant communities and immediately create a White House Office of Economic Transition, accompanied by increased short-term funding for transition programs and “a more robust entity to build community capacity” in the long term.

Kay thinks Manchin’s heightened influence in Congress can only be good news for those who want to see greater support for coal communities in West Virginia and across the country.

He’ll be among the many advocates for environmental or industrial protection working to place their interests front and center in Manchin’s “all of the above” energy approach.

“We have every plan to push on him every step of the way on fossil fuels,” Kay said. “We need to, and that’s what we’re going to do.”

2021-01-31
Previous Post: Why Digital Transformation is Now on the CEO’s Shoulders and What That Means For You in the Contact Center
Next Post: International Recycling Group plastics plant coming toformer IP site in Erie