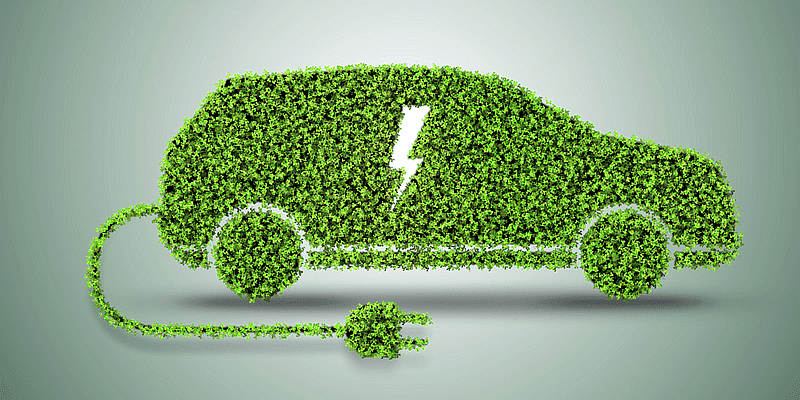 Traffic congestion, air pollution, and toxic emissions have been key factors to push the government to bring progressive legislation to curb transport emissions. The Government of India has been active in leading energy transition and electrification of vehicles and building a new technology and manufacturing ecosystem in India for the last six to seven years.

The various central and state ministries and nodal agencies have come up with policies and initiatives to push the adoption of electric vehicles at an accelerated pace. The policies and initiatives such as National Electric Mobility Mission Plan, FAME-I and II, National Mission for Transformative Mobility and Battery Manufacturing, Phased Manufacturing Program, Advanced Chemistry Cell Production Linked Incentive Scheme have been devised to give the required boost to the sector.

COVID-19 has further brought the attention of stakeholders to climate change. Since COVID-19, consumers show a rising consciousness towards climate change, sustainable transportation, and circular economy. However, consumers prefer choices that not only help mitigate climate change but are also affordable.

In the last decade, given the initial government push on solar and wind technology mass adoption, renewable energy technologies are more competitive than conventional fossil-fuel technologies to produce energy. In the next decade, battery technologies are also expected to follow a similar cost reduction curve for the electrification and energy storage sector.

By 2025, there shall be no contest et-al between conventional and e-mobility technologies on cost competitiveness. However, given the initial push with a plethora of decisions, electric vehicle adoption is still at abysmal levels.

This has been quite worthy of a question to ask why the EV adoption policies and initiatives have not been able to get even closer to the tipping point. There are challenges of affordability and mass availability of innovative technologies. The vicious cycle of affordability and mass deployment of new-age technologies has many causal feedback loops.

Favourable government policy supports demand creation and investment in infrastructure increases public acceptance. This makes it possible to mass-produce high technology products and finally reduce costs. These factors amplify the effect of each other and create disruption.

Until now, the FAME (Faster Adoption and Manufacturing of [Hybrid &] Electric Vehicles) scheme has been the primary incentive scheme to push for EV adoption. While the FAME-II scheme came up with strict eligibility criteria for vehicle selection to pass incentive, some of the stakeholders think to move to criteria used for FAME-I only.

The underlying question is do we re-draft the policy, dilute the incentive selection criteria or come up with augmented proposals that enhance the indigenous value capture in the country? Hence, to achieve the goal of industry transformation and answer the underlying question, we first need to understand what EV adoption is a function of?

The users are the most important stakeholders in the whole value chain and first we need to understand how people perceive the overarching value proposition of electric vehicles. Once we launch products with extended range, build the required charging infrastructure, and raise awareness for climate change, we would be able to see public acceptance for mass EV adoption.

Currently, all these factors of TCO and perception face certain intricate barriers. These barriers can be removed by taking certain strategic measures.

Different software technologies and cutting edge material science innovations have disrupted the industry across segments of the value chain. Be it xEV powertrain components, power electronics, batteries, sensors, shared or autonomous driving, the industry has been evolving very fast. Countries and companies need to make large investments in innovation and R&D projects to keep up with the pace of technology disruption.

On January 26, 2021, the EU approved €2.9 billion state aid for a second Pan-European research and innovation project along the entire battery value chain. The funding of the twelve participating Member States is expected to unlock an additional €9 billion in private investments, i.e. more than three times the public support.

The project, called “European Battery Innovation (EuBatIn)” will cover the entire battery value chain from extraction of raw materials, design and manufacturing of battery cells and packs, and finally the recycling and disposal in a circular economy, with a strong focus on sustainability.

This is the time for the government to support research and innovation through innovation aid, R&D tax credits, and other mechanisms. Else the government would have to leave the strategic opportunity to foreign players and let the Indian industry depend upon technology licensing for its scale-up plans.

China: State subsidies extended to 2022 and there is a plan to expand the total charging network by 50%. Ten cities also have released new subsidy schemes.

Spain: There is a rescue package focusing on renewing the fleet through electric adoption along with tax incentives and aids for research and innovation.

Germany: There is an increase in subsidy by 3000 Euros per vehicle along with VAT cut by 16-19%. The tax system is also to be realigned from 2021 to increase ICE vehicles tax.

The Government of India realized the potential of high scale cell manufacturing as of strategic importance to the country and launched the Advanced Chemistry Cell program with a Production Linked Incentive Scheme of INR 18100 crores.

Apart from $300 billion committed by OEM and 130 billion already planned for cell manufacturing, there is a need for further USD 105-125 billion across extraction, chemical processing, and cathode & anode production.

Europe Investment Bank has also provided loans to a lot of players in the battery value chain for setting up large scale factories. The Government of India must consider midstream strategy into strategic planning for de-risking the supply chain and large-scale project financing at a low-interest rate for setting up a self-reliant industry.

Both localization and volume have quite an interconnectedness and interdependence to amplify each other’s effect. The government can support in increasing the market demand by electrifying the fleet that it owns.

On Jan 25, 2021, US President Biden vowed to electrify the federal government’s 600,000-vehicle fleet. Such mass electrification shall not only generate volume for localization of many key electric powertrains and batteries within America but also generate demand for charging infrastructure equipment, renewable energy production, energy storage systems, and utility sector equipment up-gradation.

The Union Cabinet has given its approval to the Production Linked incentive scheme for the automobile and auto components sector with an approved financial outlay of Rs 57,042 crore, however, the detailed documents have not been released yet.

Such an inverted tax structure creates working capital issues for the companies. Cashflow is a lifeline to sustain any business and tax reform can help firms to optimize the cash flows and have smoother business operations.

Not only that but also under the phased manufacturing program, the import tax for electric motors is zero until 1st April 2021. While the components (such as magnets and IGBTs) required to manufacture motors are placed under a full import duty structure.

This makes the domestic manufacturing of electric motors uncompetitive compared with imported components from other countries. This not only reduces the domestic value creation but also puts a geopolitical risk on the supply chain.

An unfavourable duty structure is a deterrent to indigenous investments. To support #atmanirbharbharat, there has to be a fair duty structure for both completely built-up parts and completely knocked down parts.

Indian automotive industry needs to come up with more reliable products in terms of range, safety, and affordability to give confidence to consumers. However, OEMs do not find it as their core strengths and interest to build the charging infrastructure themselves.

The charging infrastructure sector is not only about putting up the hardware devices, but there are value creation and capture at various steps such as equipment manufacturing, operation, software platform. mobility services, energy management, and asset ownership.

As per EVBox, the total addressable market size in Europe across these steps only amounts to €75 billion by 2030 with €38 billion as one-time revenue and €37 billion as recurring revenue. Investment in public charging infrastructure shall help in reducing charging and range anxiety of consumers while also increasing the public acceptance of mass adoption of electric vehicles.

Though it may sound premature to talk about investments across the value chain in building up the infrastructure and resources. But these strategic measures are required to build the national capability and the ecosystem with global scale and competitiveness.

(Disclaimer: The views and opinions expressed in this article are those of the author and do not necessarily reflect the views of YourStory.)