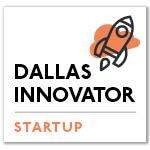 Since emerging from stealth last year, Taysha Gene Therapies has been anything but quiet.

Founded by R.A. Session II in 2019, Taysha saw an explosive start last year with $125 million in Series A and B funding, followed by a $157 million IPO. On its first day of trading, Taysha saw a 20 percent rise in its stock price, despite launching during a global pandemic.

Moving at a blistering pace—in less than six months—the small-but-ambitious startup unveiled its spinout from UT Southwestern in April and closed its initial public offering in September.

A biotech with big plans, Taysha rocketed onto the scene boosted by the leadership of former AveXis execs, industry investors, and a partnership with UT Southwestern Medical Center with 15 gene therapy programs. From there, Session and his team have stayed focused on a primary goal: wiping out monogenic disorders of the central nervous system.

Looking ahead, the company has a strong foundation to build on. Executing on its corporate and pipeline objectives, Taysha is developing and commercializing its adeno-associated virus (AAV)-based gene therapies in both rare and large patient populations, Session said.

Session’s business model is unique in biotech. The founder, who helms the startup as president and CEO, wants to launch a product every two to three years. Part of the strategy includes having a large arsenal of programs. Gene therapies that target rare disease populations can see sales reach a peak and plateau: It’s a challenge Session intends to counteract to sustain and grow the business, he explains in an interview with BioPharma Dive.

Case in point, Session and the team have already brought on three additional programs beyond the initial 15 from UTSW. It also saw significant movement in its lead program: In December, Health Canada cleared the program for a phase 1-2 trial for the rare infantile GM2 gangliosidosis disorder, which  progressively destroys nerve cells in the spinal cord and brain.

None of this would be possible, Session says, without Taysha’s partnership with UT Southwestern and Drs. Steven Gray and Berge Minassian, he says. Gray pioneered the spinal injection method for delivering a corrected gene into the central nervous system while Minassian is credited with discovering the location of the genetic mutation behind Rett Syndrome. 2021 looks to be another productive year, Session says, as Taysha plans to pursue more gene therapies with the FDA and move into offices at the new Dallas bio hub, Pegasus Park.

Session sees the year ahead as transformational. Sustained innovation that drives value creation is part of the equation.

This year, the company intends to quickly advance multiple drug candidates to clinical proof-of-concept and advance next-generation technologies,” the CEO says. Taysha’s platform, which it calls an “engine for potential new cures,” is core to the operation. Sessions aims to showcase the platform in an “R&D day” later this year, he says.

Session also anticipates having clinical data for Taysha’s GM2 gangliosidosis program in the second half of the year, as well as initiating “multiple ongoing clinical studies by year end.” The CEO also expects to advance four new programs into preclinical development.

In honor of Rare Disease Day, which falls on the last day of February each year, you can learn more about Session below. Taysha has launched a #RareAlly initiative on Twitter and LinkedIn to recognize people in the rare disease community who inspire and motivate each other.

R.A. Session II was featured in Dallas Innovates’ Future 50 in Dallas-Fort Worth in the 2021 edition of our annual magazine. We talk with the Taysha Gene Therapies founder about his startup’s rocketing debut and its innovation. Here’s a takeaway:

On how Taysha got funding so quickly:

Fundamentally, our mission to eradicate monogenic disorders of the central nervous system (CNS) resonated with investors, and we are fortunate for that. When I founded Taysha, it was always with that key mission in mind, and in less than a year, we built a broad portfolio of gene therapies targeted to the CNS. We knew we would have to raise significant funding to ensure that these therapies ultimately make it to the patients who so desperately need them, and we deliberately yet rapidly set out to raise money, first in the private markets, and then in the public arena with our September IPO.

There are a number of reasons why we had such success in raising money to support the development of our pipeline of gene therapies. Core to Taysha is our unique partnership with UT Southwestern and its Gene Therapy Program, which is comprised of industry-leading researchers and clinicians, including Drs. Steven Gray and Berge Minassian. The lab consists of over 60 professionals spanning discovery, preclinical, clinical and manufacturing expertise. Our partnership with UT Southwestern allows us to rapidly enable the early development of several gene therapies simultaneously, which is different than most companies at our stage, who may develop one or two programs at the same time.

Additionally, we built a leadership team with broad experience in the development and commercialization of gene therapies, including Zolgensma, the first FDA-approved in vivo gene for the treatment of a CNS disorder. We have also augmented the team with seasoned experts in the field who have successfully led the development of other programs.

On the biggest innovations from the last year:

The promise of gene therapy is truly remarkable. With its potential to cure some of the most devastating diseases, gene therapies could offer significant benefit to patients suffering with diseases that impair quality of life and shorten life expectancy.

Fundamentally, Taysha’s gene therapy approach focuses on using the validated AAV9 vector – the agent that delivers a corrected gene – and a delivery method that is able to get a transgene into the central nervous system. We are leveraging proven technologies used in the manufacture of commercial supplies of gene therapies, including a manufacturing process which provides excellent yields, creating efficiencies across the pipeline. In addition, we are utilizing a proven route of administration by administering our products intrathecally, which has been proven effective in a number of clinical trials.

While we are utilizing validated technologies, we are also innovating the cargo that we deliver. In some cases, gene therapy is as simple as replacing the defective gene of interest with a healthy copy, but in other cases, the process is more complex. For example, we are developing methods to deliver two genes at once, and we are innovating technologies that allow the regulation of gene expression on a cellular basis to avoid overexpression, which is important from a safety aspect. Lastly, we are also investigating the potential of redosing therapeutic genes, which is something that eludes the field today.

On the role of patents:

Taysha has a robust patent portfolio spanning across the entire pipeline. Additionally, we have patents supporting the innovative delivery methodology. For example, we have patents that enable us to control the expression of genes in several of our programs. Many of the gene therapies in Taysha’s portfolio have also achieved Orphan Drug Designation from the FDA, which enable us to achieve market exclusivity for a number of years following drug approval.

On the challenges of COVID-19 and social injustice:

Launching a company during a pandemic was no easy feat. We realize that there is so much suffering across the world due to the spread of this virus, and our thoughts are with those afflicted. We have been fortunate at Taysha to be able to focus on our mission of eradicating monogenic CNS disorders during this time. We are proud to have built a team that can work remotely, largely due to the fact that most members of our team have worked well together at previous companies. Additionally, we have been able to continue our preclinical activities that enable us to rapidly advance several programs in parallel, despite the impact of COVID-19 on communities. While social injustice is something that we think about all the time, we have also been fortunate to have attracted a very diverse team of experts hailing from all walks of life and from around the world.

At Taysha, our mission of helping patients with devastating disorders, inspires and motivates us to work passionately and with excitement. We communicate frequently with patients and their families, which again provides the inspiration to relentlessly focus on advancing the science that will allow us to start clinical testing. Ultimately, knowing that we may find a potential treatment for patients who may have limited to no options is what drives us day in and day out.

At the moment, we are focused on a very productive year ahead. By the end of this year, our first gene therapy will enter the clinic. Next year, we plan to submit several investigational new drug applications to the FDA for other gene therapies. We also intend to advance other programs to build the data sets that will pave the path for first-in-human studies. Additionally, we will break ground on our own internal manufacturing facility in the coming months, which will allow us to control our manufacturing destiny, a common bottleneck in the field today. Lastly, we are gearing up to move into the Pegasus facility in Dallas. We are Dallas born and bred—and committed to building a world-class gene therapy company in the Lone Star State.

The Q&A has been edited for brevity and clarity.

Alex Edwards and Sandra Engelland contributed to this story. A version was originally published in Dallas Innovates 2021: The Resilience Issue.

Our fourth annual magazine, Dallas Innovates 2021: The Resilience Issue, highlights Dallas-Fort Worth as a hub for innovation. The collective strength of the innovation ecosystem and intellectual capital in Dallas-Fort Worth is a force to be reckoned with.

Sign up to keep your eye on what’s new and next in Dallas-Fort Worth, every day.