Derek Coleman: Is plastic the future for our roads? | Putnam News 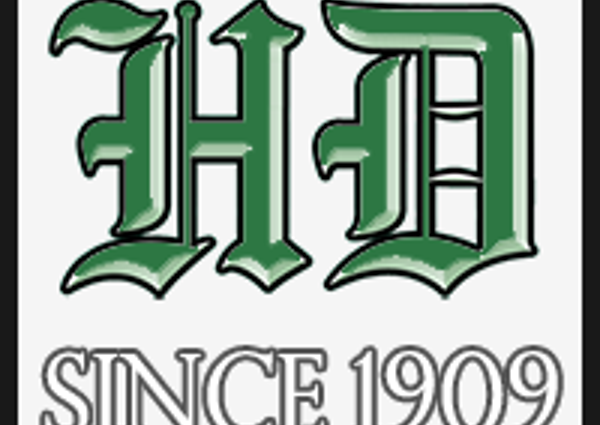 In a normal working week, I drive along I-64 into Charleston almost every day. Those of you who follow this column will know I’ve commented before about some of the driving I’ve seen whilst doing this; it’s a pet peeve of mine, but I don’t intend to repeat that today. Instead, I want to talk about the state of the highway I, and thousands of others, drive over.

There is a lot of road work going on between Huntington and Charleston and I’m sure, when it’s finished, we’ll all enjoy a much improved driving experience but I want to talk about the state of the road over the past couple of months. The stretch I’m particularly concerned about is from the approach to the first bridge over the Kanawha to the second bridge on the edge of the city. For a while now, the road surface here has been awful; in places it seems to be more potholes than roadway.

I appreciate the problem. It’s been a cold, wet winter and, under those conditions, water gets in small holes and cracks in the road surface and then the temperature drops. The water freezes and expands, making the holes and cracks larger and breaking up the asphalt, so small holes become big ones in a short space of time.

What’s the answer? We can’t yet control the weather, so all we can do is patch the damage, and much of this has been done recently; but, although the highways department is doing its best, we can be sure that next winter it’s going to happen all over again. Or is it? Perhaps there is a solution, and it could be one that solves an environmental problem, too.

The environmental problem is plastic waste. Here, in the United States, we use some 35 billion plastic bottles each year. Many of these end up in landfill sites and six times more are burned than are recycled.

You may wonder what the connection is between the pothole you just inadvertently drove over and the bottle your water came in. The answer is a California company called Technisoil Industrial. They now say they have a process that combines the two.

Normally, when road surface is replaced, the top surface is scraped off and up to half of it is trucked away before new asphalt is brought in to be laid down. Technisoil’s process is different. It involves a train of four trucks that scrape off the top 3 inches of the road surface. This material isn’t wasted, however — it all goes through a milling procedure right there on the highway and is then mixed with a binding material that can contain up to 20% of liquefied plastic made from waste products.

The end product is then laid back on the road and rolled flat. The result, the company says, is a much sturdier surface that is flatter and safer than the original. Not only that, it is said to be more durable, lasting at least two or three times longer than the surfaces we are used to. It uses 150,000 waste plastic bottles for each lane per mile and re-uses all of the original asphalt so nothing is wasted. Finally, it is said to cost no more than the traditional methods, and that could be a big saving.

The technology has already been tried in California, where the Department of Transport replaced three lanes of highway surface over a 1,000-foot stretch in the town of Oroville. The city of Los Angeles is also interested and intends to hold its own trials on a quarter-mile stretch of road that is on a hillside and that sees very heavy traffic use.

This technology appears to be a winner, but there are those who object to it. According to the objectors the problem is that the type of plastic used in the process is what is called a “type 1” plastic. It is what the bottles your water and soda comes in is made of and, as such, there are plenty of other industries that want it. At the moment a lot of this type of plastic is not recycled but there is an increasing demand for it, especially from the beverage industries, and it’s worth more to them than surfacing a road.

The answer, of course, is for Technisoil to use other grades of plastic in its process, grades for which there is a lesser demand, and they say they are looking at that while already receiving enquiries from other states that are interested in the process.

America isn’t the only country that is looking into the possibility of using plastic as a binder in its road surfaces. In India there is a stretch of road from New Delhi to Meerut, a distance of around 40 miles, where the surface contains 10% plastic waste. There the system is different to the California one. The Indian authorities use all sorts of plastic waste, ranging from Styrofoam cups through packaging to shopping bags. The makers say this waste doesn’t even need to be cleaned before it’s shredded, added to the aggregate and heated until the plastic melts. Bitumen is then added and the mixture is complete.

Roads made in this way are said to be more durable. Some of the earliest are already 10 years old and still free of potholes, and they have also proved to be economical, with a saving of $670 for every kilometer of road. It is now the law in India for roads near major cities to incorporate plastic waste, and so far, 1,560 miles of plastic road have been laid there.

India isn’t alone in adopting this approach. Britain’s first plastic road was built in Scotland in 2019 by a firm called MacRebur, which has laid plastic roads in places as diverse as Slovakia and South Africa. In the Netherlands, a company called Plastic Road is going a step further. It has already built a cycle track that uses 100% recycled plastic and no bitumen at all, and they are now looking hard at adapting the system for roads.

So, am I and my fellow commuters likely to be driving over a plastic roadway in West Virginia any time soon? I doubt it; the system is still in its infancy and it needs a lot of refinement before it goes out for general use, but it is progressing. To my mind, this does seem to be a great way to solve the problems of accumulating plastic waste and deteriorating roads and I, for one, look forward to the time when it has been perfected.

Derek Coleman is a part-time writer who is a native of England and who now lives in Hurricane, W.Va. He can be reached at tallderek@hotmail.com.