The environmental benefits of going solar 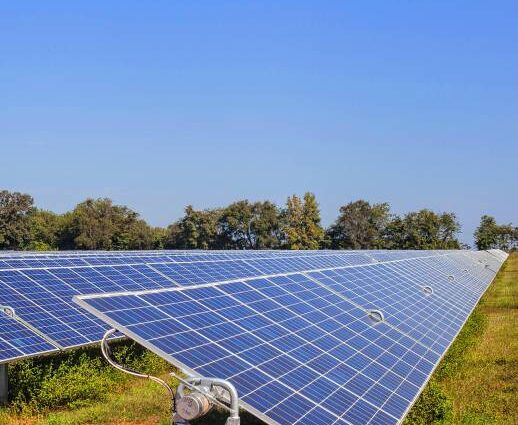 In honor of Earth Day, let’s shine a light on the ways that adding solar panels to your home or business makes a big difference for our planet (and some surprising ways it saves us all money along the way).

Before jumping into the environmental benefits, let’s address the question you may be thinking: But isn’t going green expensive? Short answer: No. In fact, sticking with same energy sources could cost us.

According to a University of New Hampshire report, climate change in the Granite State means more floods and hotter summers. In southern New Hampshire, precipitation has increased as much as 20% since 1970. Plus, this increased rain is projected to come in heavier bursts. These kinds of storms can cause excessive runoff, flooding, erosion, and damage to roads, bridges, and dams.

University of New Hampshire researchers also report that climate change in New Hampshire would likely impact rates of heat stress injury and death, diseases carried by insects (namely Lyme disease), allergies to mold and pollen, and waterborne diseases — bad on their own right and for the increased healthcare costs that come with it.

On the flip side, sustainable energy measures can personally save you money in the long run. Solar is sustainable for the environment and your wallet. Think of solar as an investment: Instead of paying the utility, you’re buying your energy outright. Most customers recoup their investment after 12 years (seven to nine for commercial jobs), and when your panels come with a 25-year warranty, you’re setting yourself up for years of essentially free power. And protection against future electricity rate hikes to boot!

“Solar is great for the environment because it generates clean, renewable energy,” says Eric Kilens, senior solar advisor at Granite State Solar. “There’s no noise to it, there’s no pollution to it.”

In Granite State Solar’s experience, New Hampshire homes can easily use 7,000 to 9,000 kWh per year. Imagine: your fridge, your lights, your washer/dryer, and more running with a fraction of the carbon footprint.

And this can be just the tip of the iceberg when it comes to solar’s potential.

“Where solar can really make an impact is when homeowners install really energy-efficient heating and cooling systems, and efficient water heaters,” says Kilens. “By far, one of the biggest energy loads in a home is the heating system—whether that’s off of propane, oil, natural gas, you name it. So, if someone can meet their heating load with an energy efficient electric ductless mini split, that’s great, because they’re using less energy.”

Step one: Use less power. Check. Step two: use better power. “Reducing someone’s consumption is great, and then if you can pair it with a renewable energy source — it’s taking it to the next level,” he says.

In New Hampshire, 60% of electricity comes from nuclear power and another 20% comes from natural gas (with a collection of biomass, hydroelectric power, wind, and coal making up the remaining 20%), according to the U.S. Energy Information Association.

“If solar can provide the energy needed to power these energy efficient heating and cooling systems, that’s the ultimate situation where someone is truly reducing a big part of their carbon emissions.”

A 2016 report by the U.S. Department of Energy projected that if the U.S. got 14% of its power from solar, air pollution would drop —1 4% drop of sulfur dioxide, 14% in nitrogen oxides, and 13% in fine particulate matter over 14 years.

This is a big win for the health of the planet — and of the people who live on it. Air pollution was the sixth cause of death in the US in 2017, behind high blood pressure, smoking, high blood sugar, obesity and a diet lacking in whole grains, according to the Oxford University project, Our World in Data. Not to mention that air pollution is associated with higher healthcare costs.

Many solar customers add a battery to their system so that they can keep the lights on during a power outage, or to store their excess power generation and use more of their solar power at home (rather than selling it to the utility through an automatic process called net metering). There’s another, lesser-known benefit of batteries as well: Batteries can help clean up the grid.

Here’s a quick overview on how the grid handles energy demand. Utilities have their regular power plants that can generate enough power for standard, day-to-day electricity usage. But what happens on a super-hot summer day when everyone cranks the air conditioning? You get what’s called a peak event (because it’s our max energy usage). During a peak event, the utility needs more energy than their regular power plants can generate, so they turn to “peaker” plants.

The problem: Peaker plants are expensive. The coal-fired power plant in Bow recently received another year’s funding to the tune of $1.08 million per month — a cost that will be incurred by ratepayers. This cost is simply for the Bow plant to be on call. The energy it produces is a separate cost on top of that.

And, since it generates electricity with coal, it’s not only expensive, but it also has a high environmental cost too.

Here’s where batteries make for an exceptional solution. Instead of turning to a peaker plant, the utility has agreements with battery owners to be able to discharge energy from their batteries during a peak event. It’s basically crowd-sourcing an energy solution. It’s cleaner, less expensive for the utility company and the battery owner gets compensated when there is a peak event.

At the moment, the main utility in New Hampshire, Eversource, only has a small pilot program for this, but they do have similar programs in Massachusetts and Connecticut, so we hope this program will only expand in the Granite State.

Nationally, the state of solar is looking up. The 2020 Covid-19 relief bill extended the federal investment tax credit at the 26% rate through 2022. (It was supposed to decline this year.) And in March, the U.S. Department of Energy set ambitious goals to prioritize the development of solar in our country.

Solar uniquely speaks to the spirit of independence in New Hampshire, explains Paul Lesure, Granite State Solar president. “You aren’t beholden to the whims of the utility on your electricity costs when you go solar because you’re making it yourself,” he says. “While we hope to see more municipal projects go up in the future, many home and business owners find it achievable on an individual level.”

Julia Westbrook, marketing Manager for Granite State Solar, is also a science and health writer whose work been featured in the magazines EatingWell, Prevention and Bicycling.