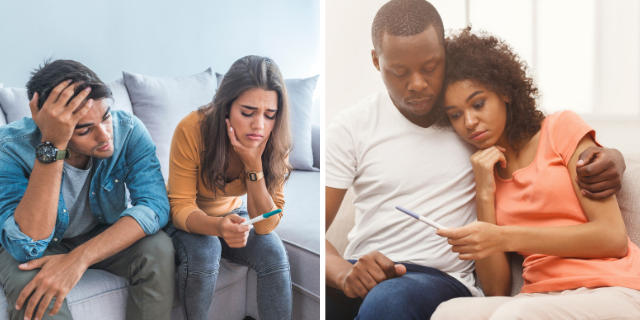 (Beyond Pesticides, June 10, 2021) Exposure to toxic chemicals decreases egg count and increases infertility risk among women, according to a study published in Environment International. Since 2014, U.S. fertility rates have been decreasing, with many attributing the decline to older age pregnancies. However, several findings demonstrate that exposure to environmental pollutants, like persistent organic pollutants (POPs) from the industrial and agriculture industry, contributes to a decline in fertility rates. Scientists and health officials already associate exposure to POPs, like pesticides, with adverse impacts on male fertility, including reduced sperm count, quality, and abnormal sperm development. Therefore, it is essential to understand how exposure to toxic chemicals in the environment affects reproductive success, especially among women who can transfer contaminants to the fetus via the umbilical cord. The researchers note that these findings should urge government and health officials to reexamine chemical safety concerning reproductive health, and “strongly encourage [them] to study mechanisms behind POP-associated infertility in women in more detail.”

The 2001 Stockholm Convention treaty bans persistent organic pollutants (POPs), like well-known organochlorine pesticides (OCPs). POPs are primary pollutants of concern (UNEP, 2009), as their persistence and toxicity adversely affect environmental and biological health. These pollutants have a global distribution, with evaporation and precipitation facilitating long-range atmospheric transport, deposition, and bioaccumulation of hazardous chemicals in the environment. The U.S. was a signatory to the treaty, but U.S. Senate never ratified it, relegating U.S. officials to observer status. While various POPs on the Stockholm Convention annex lists (i.e., organochlorine compounds) are no longer manufactured or utilized, many of these chemical compounds remain in soils, water (solid and liquid), and the surrounding air at levels exceeding U.S. Environmental Protection Agency (EPA) standards. Furthermore, some OCPs like lindane, although banned, remain active as pharmaceutical treatments for lice and scabies. Therefore, individuals can still encounter various POPs at varying concentrations.

The ubiquity of pesticides in the environment and food supply is concerning as current measures safeguarding against pesticide use and exposure do not adequately detect and assess total environmental chemical contaminants. For instance, 90 percent of Americans having at least one pesticide biomarker (includes parent compound and breakdown products) in their body. Additionally, pregnant women already have over 100 chemicals detectable in blood and umbilical cord samples, including banned POPs. However, 89 percent of these chemical contaminants are from unidentified sources, lack adequate information, or were not previously detectable in humans. The presence of pesticides in the body has implications for human health, especially during vulnerable life stages like childhood, puberty, pregnancy, and old age. The scientific literature demonstrates pesticides’ long history of severe adverse human health effects (i.e., endocrine disruption, cancer, reproductive/birth problems, neurotoxicity, loss of biodiversity, etc.) and effects on wildlife and biodiversity. Most concerning is exposure to both POPs and current-use pesticides, as these chemicals display endocrine-disrupting effects. Endocrine disruption can lead to several health problems, including hormone-related cancer development (i.e., thyroid, breast, ovarian, prostate, testicular), reproductive dysfunction, and diabetes/obesity.

This study highlights concerns over prenatal exposure to chemicals from consumer and industrial products and sources. There is a growing consensus that exposure to environmental toxicants before pregnancy can impair fertility, pregnancy, and fetal development. These adverse effects can continue into childhood and adulthood and may have multigenerational consequences. Therefore, researchers stress that future studies must evaluate chemical exposure and fertility among non-pregnant women or women experiencing fertility issues. Although the women in this study are fertile enough to conceive, this may differ for the general population or in regions of high chemical exposure. Moreover, researchers advocate for enhanced chemical residue regulations for contaminated food. Numerous studies, including this one, indicate chemical exposure mainly stems from dietary exposure, like food and drinking water. Considering rates of preterm births, miscarriages/stillbirths, and birth malformations are increasing, it is necessary to assess the impact that chemical exposure has on fertility to safeguard future generations’ health.

Doctors and pediatricians strongly agree that pregnant mothers should avoid pesticide exposure during critical development periods. Wildlife, laboratory, and epidemiologic studies show exposure to low-level environmental contaminants, such as pesticides and other chemicals, subtly undermines the ability to reproduce. Furthermore, studies regarding endocrine disruption reveal mechanisms that show how specific chemical toxicants can alter fertility. Therefore, advocates urge that policies stengthen pesticide regulations and increase research on the long-term impacts of pesticide exposure. Beyond Pesticides tracks the most recent studies related to pesticide exposure through our Pesticide Induced Diseases Database (PIDD). This database supports the clear need for strategic action to shift away from pesticide dependency. For more information on the multiple harms of pesticide exposure, see PIDD pages on Sexual and Reproductive Dysfunction, Birth/Fetal Effects, Endocrine Disruption, Cancer, Body Burdens, and other diseases.

One way to reduce human and environmental contamination from pesticides is to buy, grow, and support organic. Numerous studies find that levels of pesticides in urine significantly drop when switching to an all-organic diet. Furthermore, given the wide availability of non-pesticidal alternative strategies, families, from rural to urban, can apply these methods to promote a safe and healthy environment, especially among chemically vulnerable individuals or those with health conditions. For more information on how organic is the right choice for both consumers and the farmworkers that grow our food, see Beyond Pesticides webpage, Health Benefits of Organic Agriculture.

Collaborate with Beyond Pesticides to educate and build the movement that will bring long-needed protection to humans, animals, and the entire environment by attending the National Pesticide Forum on June 15. Cultivating Healthy Communities brings together expert scientists, farmers, policymakers, and activists to discuss strategies to eliminate harms from toxic chemical use in favor of non-toxic organic solutions. The conference began with a pre-conference on May 24, launched on May 25, and continues every Tuesday until June 15, 2021. Registration is open today and available through the webpage on this link. It starts with us. With registration, you will be able to view talks from the entire conference.

All unattributed positions and opinions in this piece are those of Beyond Pesticides.