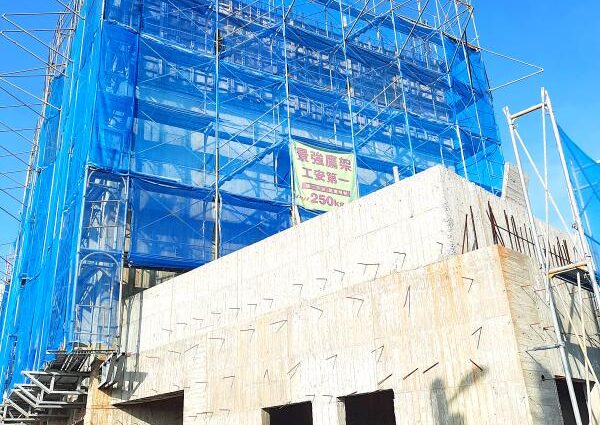 Can Taiwan reduce the environmental impact of its cement industry?

In Taiwan, there’s no getting away from concrete.

Since the 1960s, the vast majority of buildings added to the country’s towns and cities have been built with reinforced concrete (RC). Thousands of concrete tetrapods defend the seaside against erosion. Countless waterways are hemmed in by concrete levees.

After 1949, a great deal of concrete was used to fortify the coast and outlying islands. According to a propaganda article published by the Chinese Nationalist Party (KMT) regime in 1963, in the preceding four years, close to 11 percent of cement production had gone to the armed forces. 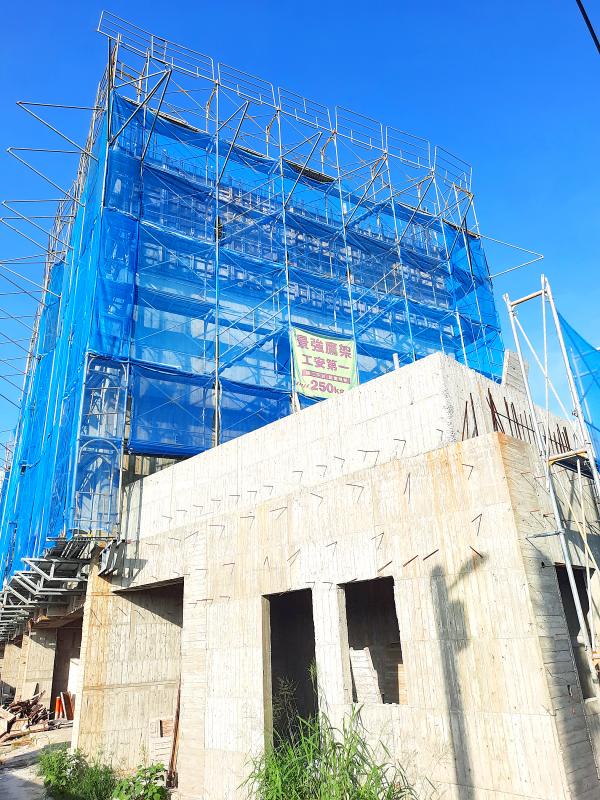 The overuse of this material exacerbates flooding. Concrete paving stops rainfall from soaking into the land. Instead, it flows rapidly to lower ground.

The country now pours less concrete than before, in part because economic growth has slowed. Cement production last year totaled 10.07 million tonnes, about half the average annual output during the 1990s. Domestic per capita consumption of cement is now slightly below the global average, which has more than doubled since 1995.

Jerry Chiu (邱暉仁), general secretary of the Taiwan Concrete Institute (TCI), acknowledges that the cement industry, like the steel industry, consumes a great deal of energy and emits vast quantities of carbon dioxide. 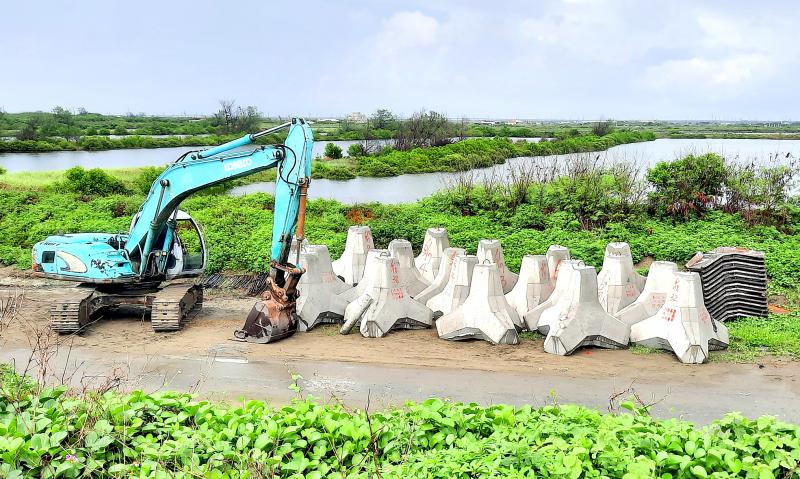 But without those industries, he says, society wouldn’t have reached its current level of development.

“Concrete and steel allow us to build inexpensive, safe, comfortable and durable structures,” Chiu says, stressing that his opinions don’t necessarily reflect those of the TCI.

“Environmental damage is the result of human desires, not the materials used. If we can’t reduce humanity’s demands, we need to ensure that the materials we use don’t consume a lot of energy, and that they’re recyclable. That’s why, in recent years, the TCI has focused on circular-economy issues,” Chiu says. 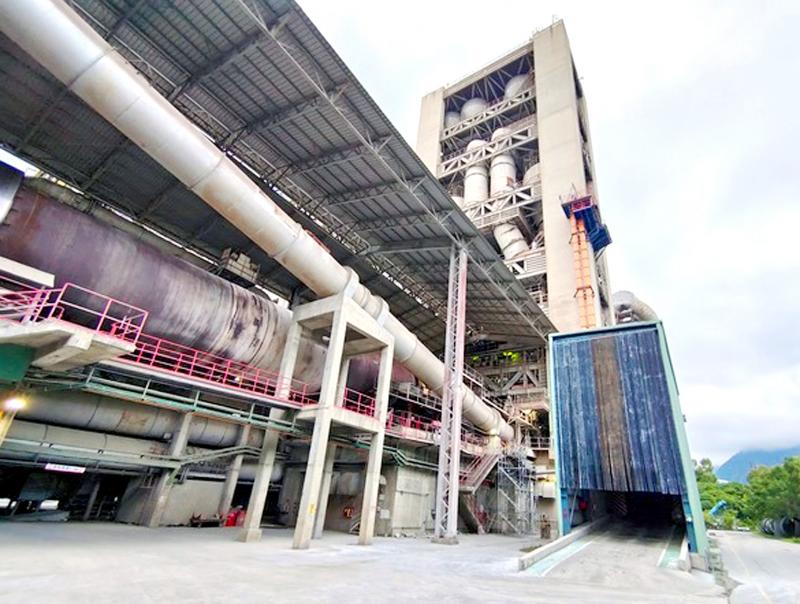 The TCI is a government-backed non-profit organization which brings together senior members of the concrete industry, architects, engineers, scholars and government officials.

According to the TCI’s Web site, its goals include: nurturing R&D which will bring about technological advances that can benefit society and protect the environment; cultivate a professional workforce for the industry; promote “greener” types of concrete and the sustainable use of natural resources; build relations with similar bodies outside Taiwan; and help develop the codes and regulations which govern the industry.

Chiu sees the durability of concrete as one of its great advantages. When he says a concrete structure could be used by multiple generations, he isn’t exaggerating. The Temple of Mercury in Baiae, Italy, features a 21.5m-diameter concrete dome that dates from the 1st century BC. 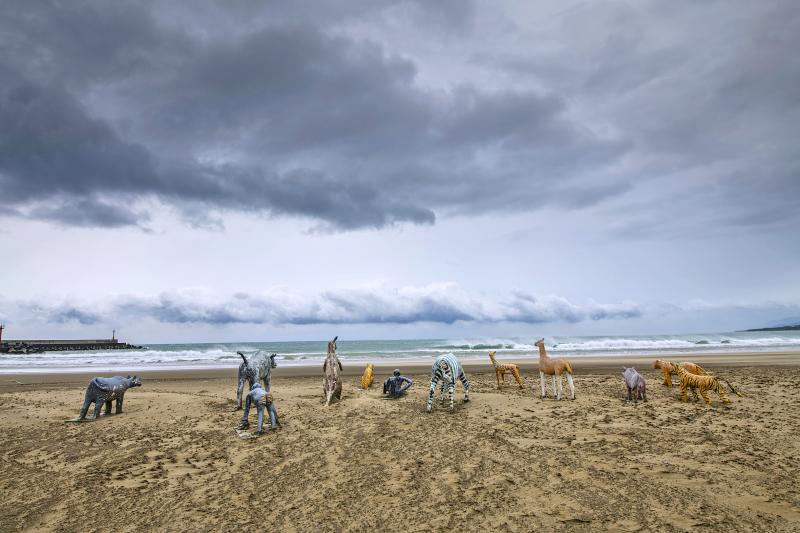 Unfortunately, there’s a gulf between what’s possible and what’s typical. Many buildings are scrapped long before they become decrepit.

In Green Architecture: An Asian Perspective, Lin Hsien-te (林憲德) writes that, on average, buildings in Taiwan are demolished before they’re 40 years old. Such rapid turnover, while normal throughout East Asia, is “a severe waste of resources,” he writes.

One of the reasons why RC buildings in Taiwan don’t last very long is the exceptionally corrosive environment. The climate is warm and humid, and much of the population lives near the sea. Most anti-corrosion treatments, such as painting, are temporary. Galvinizing steel bars, or coating them with epoxy resin, isn’t always effective.

Many people advocate the use of wood instead of concrete, he adds.

“Whether that material is appropriate depends, I think, on the situation. Unfortunately, Taiwan doesn’t have enough space for everyone to live in a wooden house with a yard,” he says.

Chiu argues that concrete is more suitable, given the frequency of typhoons and earthquakes.

Others believe that embracing cross-laminated timber (CLT) — production of which is less water and energy-intensive than cement — could reduce the construction sector’s impact on the environment. CLT is similar to plywood but much stronger, and it’s said to be as fireproof as concrete. In the past decade, mostly-CLT buildings with nine or more stories have been erected in Australia, Italy, Norway and the UK.

Chiu thinks that, with better construction techniques and the use of renewable energy to manufacture steel and cement, Taiwan can become more sustainable without giving up concrete.

“We’re already moving in this direction,” he says.

TCC’s Web site states that, en route to carbon neutrality, the company aims to reduce its carbon emissions from 849kg to 585kg per tonne of cement by 2030 by reforestation of quarries, carbon capture technologies and recovering waste heat so as to reduce electricity consumption. It will also step up its purchases of renewable energy, and burn increasing quantities of solid recovered fuel, wood chips, sewage sludge, pulp sludge and waste plastic to power its plants.

ACC has invested in water recycling. According to the Web site of the Far Eastern Group, ACC’s parent company, every drop of water used by the Hualien cement plant is reused six times.

Cement is just one component of concrete. Typically, 60 to 80 percent of poured concrete is inert filler called aggregate.

Sourcing aggregate is one of the most controversial and destructive aspects of the industry. The illegal removal of gravel from riverbeds has been blamed for bridge collapses. Taking sand from beaches or the ocean floor destroys marine life.

Concrete retrieved during demolitions — part of the solid waste Lin refers to — can be crushed for reuse as aggregate. (The steel in RC is also separated for recycling.) But, Chiu says, persuading consumers that recycled concrete is as good as traditional aggregate takes some effort.

Several of the articles in Concrete Technology, a periodical published by the TCI, describe efforts to make the industry greener. Others complain about the regulations that govern cement production.

“Are you saying that the concrete industry isn’t environmentally friendly? In fact, it helps other industries to solve many waste problems,” asserts an article in April last year, before going on to allege that waste sludge from semiconductor fabs is sometimes illegally dumped after it’s been listed as having been reprocessed into cement mortar.

According to at least one study, such sludge (like fly ash) can take the place of some Portland cement and also make for stronger mortar. However, the production process causes “considerable” air pollution.

The same article goes on to say that Ministry of Economic Affairs rules encourage the use of blast furnace slag as aggregate, but this policy has led to problems like those that occurred some years ago in Songshan Cultural and Creative Park (松山文創園區) in Taipei. There, incorporating unsuitable slag led to surfaces absorbing excess water and breaking out in what some call “concrete acne.”

Instead of drafting new rules that specifically target the cement industry, Taiwan should reform the legal-regulatory environment, so as to incentivize sustainable architecture and porous surfaces, limit urban sprawl and remaining green spaces. This would bring the country a whole raft of benefits, a reduction in the amount of concrete poured each year being just one of them.

Steven Crook, the author or co-author of four books about Taiwan, has been following environmental issues since he arrived in the country in 1991. He drives a hybrid and carries his own chopsticks. The views expressed here are his own.