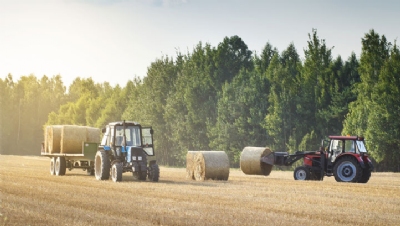 With the food system accounting for 20% of the UK’s domestic emissions and driving biodiversity loss, the Government must urgently clarify plans for implementing the Agriculture Bill and for preventing imports produced using lower environmental standards.

That is according to the National Food Strategy – an independent review commissioned by the Government last year and published today (15 July). The review has been conducted by Henry Dimbleby, co-founder of restaurant chain Leon and the Sustainable Restaurant Association. Dimbleby also serves as a non-executive board member at the Department for Food, the Environment and Rural Affairs (Defra). It is the first major review of the UK’s food system for 75+ years and has been supported by Professor Sir Partha Dasgupta, author of the recent global review on the economics of biodiversity.

Taking a “farm to fork” approach that covers the whole food value chain, the review outlines recommendations for creating a food system that does not have detrimental affects to human health and wellbeing, or to the environment.

On the former, the review claims that poor diets contribute to around 64,000 deaths every year in England alone and offers recommendations such as an extended free school meals scheme, fruit and vegetable prescriptions for low-income groups and a salt tax, as well as an extension to the sugar tax.

On the latter, the document outlines how food systems account for one-fifth of the UK’s domestic annual emissions – making them a key hurdle on the road to net-zero – and are a major driver of biodiversity loss and soil degradation. These issues ultimately risk the UK’s delivery of its climate targets and its food security in the long term.

According to the report, the farming sector’s trade bodies and, indeed, most farmers themselves, are keen to make the necessary changes to respond to these challenges. But they require more clarity about the implementation of the new Environmental Land Management (ELM) scheme detailed in the Agriculture Bill.

Designed to replace the subsidies offered pre-Brexit under the EU’s Common Agricultural Policy, the ELM scheme will pay farmers for “public goods” including woodland, flood prevention, soil improvement, animal welfare and carbon sequestration. The hope is to discourage farmers from believing that they must use intensive methods to make a living.

The review states that it is “not yet clear exactly how ELMs money will be distributed, which makes it hard for farmers to plan ahead”. It also implores Defra to guarantee the current level of funding until at least 2029 – up from 2024 at present.

Also recommended in the document is a commitment from Defra to map land use across England and to assess the suitability of each piece of land for various environmental incentive schemes. With this tool, the report argues, plans could be drawn up to use some areas chiefly for food production, some for nature and carbon sequestration and some for low-intensity, nature-friendly farmland. This split should be aligned with the UK’s long-term climate and nature targets.

Moving on from recommendations on domestic food production, the report accuses the Conservative Party of backtracking on its 2019 manifesto commitment to “not compromise on our high environmental protection, animal welfare and food standards”.

It calls on Ministers to work cross-departmentally to draw up a list of core minimum standards which it will defend in any future trade deals and then set out which mechanisms it intends to use to protect these standards. This move will not only be necessary to ensure that the UK’s commitments to tackling climate change and improving animal welfare are taken seriously on the international stage, the report warns – it is necessary to avoid bankrupting the UK’s own farming sector.

“The danger of outsourcing environmental damage is especially acute for the food system, which is the predominant cause of biodiversity loss and rainforest destruction and the second-largest emitter of greenhouse gases in the global economy,” the report states. “It makes no sense for politicians, farmers and manufacturers in this country to put in all the work necessary to create a sustainable domestic food system, only to find the market flooded with food imports produced in ways that cause environmental devastation abroad.”

Prime Minister Boris Johnson recently received backlash from green groups and British farmers for rushing through a trade deal with Australia. WWF claimed that Australia has the highest rate of deforestation in the OECD and that its domestic laws on food production permit dozens of pesticides banned in the UK.

The report concludes with recommendations for “creating a long-term shift in our food culture” with climate, biodiversity, the economy and health and wellbeing in mind. On the environmental side of things, it responds to the Climate Change Committee’s (CCC) recommendation that red meat and dairy consumption is reduced by 20% this decade on a per-capita basis.

It argues against a tax on red meat and dairy, stating: “For now, at least, we believe the Government would be better off nudging consumers into changing their habits, while investing in methane-reduction projects and the development of alternative proteins. In much the same way that multiple state interventions have made renewable energy cheaper than fossil fuels, this would create a shift in behaviour without the need for an unpopular and regressive tax.”

Proposals from Dimbleby include allocating £1bn of the upcoming £22bn Innovation Strategy to food systems innovations such as vertical farming, precision fermentation and the development and scaling of alternative plant-based proteins; strengthening Government buying standards and setting up annual reports to Parliament on the full impacts of the food system, in a manner similar to CCC reports.