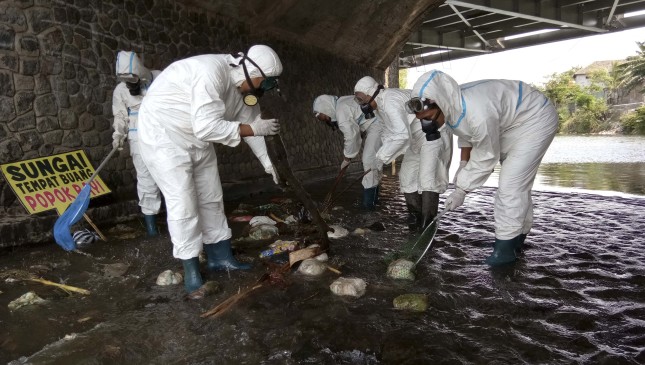 In Sidoarjo City, Indonesia, student river detectives catalog the microplastics they sample from the Brantas River, the longest river in East Java. Plastic waste threatens this water that seventeen million people depend on for drinking water, fishing, and irrigation. Daru Setyorini and her team from ECOTON (Ecological Observation and Wetlands Conservation) organized this program to educate youth and inform policymakers on the scope of the problem.

ECOTON and many other grassroots groups in Asia are increasingly concerned about river plastic pollution endangering river and ocean ecosystems and human health. Asian countries account for 81 percent of global river plastic leaking into the ocean; Indonesia is second behind only China in the flows of plastic waste into the ocean. Although rich countries generate more plastic waste per person, the lack of formal waste collection systems or well managed landfills in low-to-middle income countries still make the latter the largest sources of leakage.

Plastics can get into rivers very easily. Floods and stormwater runoff after rainstorms can flush plastic litter dumped along the riverside into the water. In cities, such runoff also sweeps small pieces of plastics off smooth paved surfaces and into rivers. During COVID, more plastics are leaked into rivers and oceans because people consume more disposable masks and other plastic personal protective equipment.

In response to growing concern over river plastics, grassroots activists in Indonesia are working to empower their communities not just to clean up but also to advocate for better pollution control policies. Trained as biologists, Daru Setyorini and her husband Prigi Arisandi, the co-founders of ECOTON, shared in an interview with CEF how they use the courts and engage local communities to push for better plastic pollution enforcement. 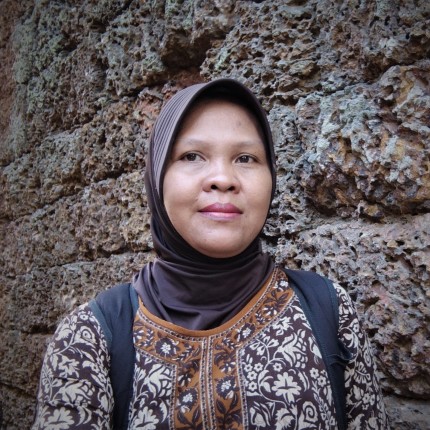 China Environment Forum (CEF): Tell us a little about how you get to work on river plastics.

Daru Setyorini: My husband and I started a biology research club in 1996 while I was studying conservation for my bachelor’s degree. After we graduated, we set up our NGO—ECOTON. Our first project was to study the potential benefits that well-protected mangroves can provide river communities, specifically bio-services like flood prevention and carbon mitigation. We expanded our work to focus on heavy metal and industrial pollution in rivers in 2000. And in the last ten years, we started to deal with solid waste. We also develop education programs with children from elementary to high schools. Right now we have 10 full-time staff and interns from universities.

Prigi Arisandi: My great-grandma was a fisherwoman, and we lived by the Brantas River. When I was a child, I swam and played in the river and loved looking at the fish. But by the time I was in college no children played in the river as it was so dirty and smelly. The degradation came from efforts by the local governments to develop the economy by encouraging companies to build countless paper mills along the Brantas. Since 2000, I have been fighting the pollution from paper mills. Every day I am writing and encouraging people to participate in this river protection. My dream is to provide a clean river for my daughter and my grandchildren so that they can swim with fish in the river as I did. 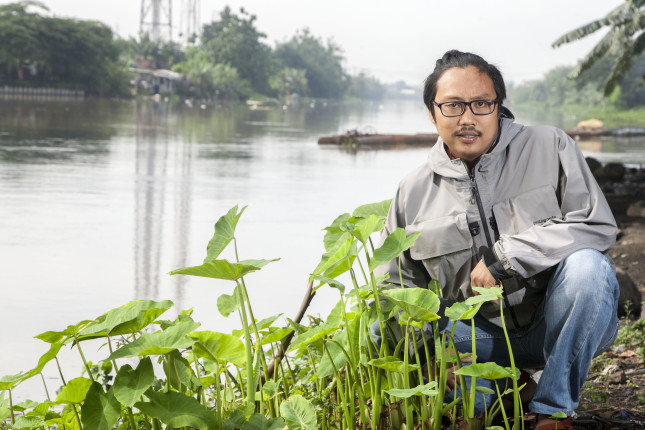 CEF: What aspect of the plastic waste problem are you solving?

Prigi: I’m very inspired by Rachel Carlson’s book Silent Spring. Science is the mind and soul of our fire. I have the skill to speak with the fields, birds, trees, and rivers. So like Carlson, I investigate why they are sick. In investigating the Brantas, we uncovered evidence of plastic waste pollution that paper mills had dumped into the river and took that information to use in litigation and to share with the news media. Over the last three years, we have taken more than five cases to the courts. Litigation gives us an equal position with the government and the industry.

CEF: Who are you suing and why?

Prigi: We are mostly suing the government. In 2007, we sued our governor for negligence when factory pollution caused a mass fish die-off. Then in 2018, we sued the Ministry of Environment and the East Java governor for more fish deaths. We represented the river. Another case is about diapers. It is a citizen lawsuit. We empowered three women, including Daru, to sue the East Java governor, the Ministry of Public Works, and the Ministry of Environment. Right now, we are trying a class action suit in which five women are suing the plastic producer of an Indonesian food factory for producing a lot of sachets that cannot be recycled and have become a major source of plastic pollution in the rivers.

Daru: We collected the waste from the riverbanks and divided it into brands. This led to our first lawsuit against plastic producers in Indonesia. Maybe later we will target multinational companies. We do not yet have a law that mandates Extended Producer Responsibility. Thus this lawsuit is a trial case to raise the need for companies to take responsibility for their waste from cradle to grave.

CEF: What are the challenges that hinder progress? Are there other water keeper organizations for other rivers in Indonesia?

Daru: Our NGO’s plastic pollution work is growing but it is still very small compared to the producer campaigns and advertisements promoting single-use plastics. People have already gotten used to and prefer disposable plastic products. We need strong government support to make regulations on banning single-use plastics. We do not have enough foundation support and we are lacking personnel. And it is difficult to find people who enjoy working in this area.

Prigi: There are a lot of water keeper organizations. Some are government-organized NGOs while others are colleagues of ours, such as the Indonesian Center for Environmental Law, Friends of the Earth, and Greenpeace.

CEF: Are there any people from marginalized groups involved in your work?

Daru: For one lawsuit we have involved about 40 women into what we call the “river defender women’s group.” We conduct capacity building for them to understand the laws that aim to protect against pollution in the river. We have been sailing along the river for 41 kilometers through four cities to identify and count the number of dumpsites. We found about 360 dumps.

Prigi: We encourage students to do research and involve themselves in citizen science work on the river. We ask villagers and farmers to create organizations like ours. After two years of organizing, these organizations have grown stronger and have brought legal cases against the government. We also work with women, children, and pollution victims, training them how to speak out in public on threats to the river. Now many of them have become champions and show up on national television, are recognized by the government, and some even filed a lawsuit that made it to the Supreme Court.

Ruyi Li was a research assistant at Wilson Center’s China Environment Forum from fall 2020 to summer 2021 and now is a fellow at the World Bank. She graduated from Johns Hopkins University with an MA in Energy, Resources & Environment and International Economics.

Mingwei Zhu is a research assistant at Wilson Center’s China Environment Forum. He is pursuing a BA in Government and Mathematical Sciences from Colby College. He leads on research into how grassroots NGOs in Asia are working to address plastic waste and other environmental challenges.