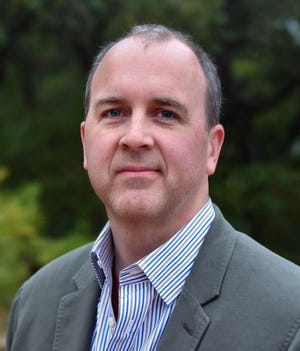 Ford Motor Co.’s hiring of Doug Field, a high-profile engineering and product design executive who has led major projects at technology giant Apple Inc. and electric-vehicle leader Tesla Inc., is being touted as a coup for the Dearborn automaker as it repositions for a future defined by electrification and technology.

The move also comes amid a high-level hiring spree in which Ford has sought to beef up its policy and technology know-how. Experts say the Field move is a major win for a legacy automaker, a potential blow to Apple’s own auto development plans, and a reflection of Ford’s goals around software, data and connectivity.

“This is a LeBron-like hire for Ford,” said Dan Ives, managing director of equity research at Wedbush Securities. “Doug’s one of the most sought-after industry experts, and it’s a major feather in the cap for Ford, especially given their EV and next-gen auto ambitions.”

On a conference call, Farley touted Field as “one of the most respected and accomplished product engineering leaders in the world” and dubbed his hiring “a watershed moment for our company.”

“I think what it says most is the opportunity this leadership team has to really change our relationship with customers,” he added. “This is a monumental moment in time … we have now to really remake a 118-year-old company.”

Field has a bachelor’s degree in mechanical engineering from Purdue University, as well as dual master’s degrees in engineering and management science from the Massachusetts Institute of Technology.

He began his career working as a development engineer for Ford, from 1987 to 1993. He went on to work for Apple, where he helped develop Mac hardware. He later left the company to serve as senior vice president of engineering for Tesla, where he led development of the Model 3.

Field returned to Apple in 2018 after spending about five years at Tesla, Bloomberg reported at the time. Though he declined to comment Tuesday on his work at Apple, Field, as vice president of special products for the iPhone maker, led the company’s secret car project.

His departure from the Cupertino, Calif.-based company, said Ives, is “a blow to Apple’s auto ambitions:” “He was really internally the hearts and lungs of that operation, and Apple I think will now have to aggressively hire to fill the spot.”

His team also will be responsible for developing scalable technology platforms that can be applied across Ford’s product lineup, representing Ford in its relationships with technology partners, and managing over-the-air software updates.

Ford executives on Tuesday drew comparisons between Apple’s business model and the ways in which Ford is attempting to transform itself.

“If you look at what happened in the mid-2000s with mobile devices, and the winners and losers that played out, those that invested in superior embedded systems — sensors and onboard compute — really changed the phone from a device to make a call, just like a car was device to make a trip, to something much more,” said Farley. “The entire customer experience of the future goes through the embedded system, and that is the center of transformation of Ford.”

And just as tech companies like Apple have created revenue streams that go well beyond the initial product purchase, Ford, too, is attempting to change its business model to one defined by an “always-on” relationship with customers who pay for digitally-enabled, data-driven services on a reoccurring basis. It sees its commercial business, Ford Pro, as a starting point, with fleet owners paying for services such as charging, telematics and fleet management.

“In the mobile device arena, when you first purchase hardware, it’s not the end of the relationship; it’s actually the beginning. New operating systems are installed, new applications are discovered, new ways of integrating it into your life,” said Field. “All of those things that we’ve come to expect from our mobile devices in our life, the automobile can become a part of that same ecosystem.”

And connected services — along with electrification and commercial vehicles — are at the heart of the turnaround plan that Ford executives unveiled in May.

“We felt like probably the most important part of the news was our technology stack, the Blue Oval Intelligence, and how that was going to be the key enabler for us to really create this always-on relationship with the customer,” said Thai-Tang. “Software is going to be the new playing field, in terms of differentiation in the marketplace, and [Field’s] leadership and the expertise he brings is going to be critical for us to win in that space.”

The automaker has said that by 2030, connected services could be worth more than $20 billion in revenue.

Going forward, software capabilities will be a focus of investors and key to getting ahead in the race to lead the next generation of mobility, experts say.

For auto companies going forward, said Ives, software capabilities will be the “differentiator” and a “key focus” for investors. With Field’s hiring, Ford could be primed to lead in this space, he added: “That’s Doug’s DNA.”