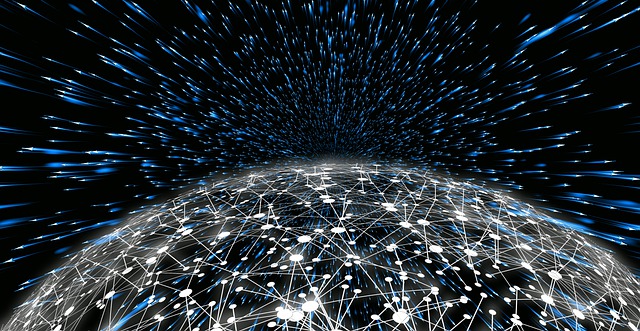 Based on data from the World Economic Forum, the World Bank and the International Telecommunication Union, this year’s global rankings of which countries are best navigating the ‘digital revolution’ has been revealed in the annual ‘Digital Riser Report’.

The report consistently does a good job of highlighting not only the digital risers and fallers in each region across the world, but also attempts to illustrate some examples of good practice from countries that are investing heavily in digital.

The report measures a number of metrics as it relates to ‘digital maturity’, which fall into two camps – ecosystem and mindset. On the ecosystem side, this includes: venture capital availability, cost to start a business, time to start a business, ease of hiring foreign labour, and the skill set of graduates.

On the mindset side, the report looks at: digital skills among active population, attitudes towards entrepreneurial risk, diversity of workforce, mobile broadband subscriptions, and companies embracing disruptive ideas.

There are clear winners and losers this year. Whilst the likes of the UK, USA and Germany are considered economic powerhouses in their regions and used to rank fairly highly, these countries are now falling behind some of their neighbours and global competitors.

For instance, the likes of Canada, Italy, China, Saudi Arabia, Vietnam and Brazil are all rising up the ranks.

The findings of the report, and some of the best practice highlights, feel particularly pertinent this year, given the role that digital has played during the COVID-19 pandemic – in terms of keeping economies going, providing healthcare, ensuring access to government services, as well as tracking the spread of the virus itself.

The authors of the report state:

The COVID-19 pandemic in 2020 and 2021 has highlighted the importance of digital technologies. Companies with a digital business model have been able to navigate through various lockdowns without significant revenue loss, or even sustained growth. At the same time, companies relying on digital infrastructures and processes have been able to keep operating smoothly. In a nutshell, the ongoing digital revolution has been significantly accelerated by the Covid-19 pandemic.

The way that governments manage and navigate this transition will continue to determine significantly how competitive and prosperous their countries will be in the decades ahead. More than ever before, new technologies such as 3D printing, augmented and virtual reality, sensors, artificial intelligence, quantum computing and robotics have the potential to disrupt nearly any industry.

As a result, we will see new growth, new opportunities and a better future. However, we might also see regions that are less able to navigate through such complex transitions and might thus miss these opportunities.

The report ranks all countries by a number of categories. For example, it does the ranking by region, as well as by G7 and G20 countries. We aren’t able to highlight all the rankings here, so it’s worth taking a look at the report in full.

As you can clearly see, China takes the top spot this year by quite a margin, followed by Saudi Arabia and Brazil. The likes of the USA, UK, Germany and Japan have fallen down the ranks significantly and are losing points across both ‘mindset’ and ‘ecosystem’.

If we take a look at what China is doing right, the report points to a number of actions taken by the government. These include:

Canada has also been flagged as a top ‘digital riser’ in the G7 and some of the initiatives the government there is succeeding in, include:

In Europe, Lithuania gained the title of the ‘top digital riser’ and the report highlights key elements of what is proving successful in the country. These include:

The landscape is changing

As you can see from some of the best practice examples above, countries that pursue a mix of financing, regulation, investment in skills and government transformation programmes are performing particularly well. It’s also becoming clear that perhaps the countries you may expect to be exceeding in these are falling down the ranks.

As the report concludes, the landscape of digital nations is changing rapidly. It notes:

The Digital Riser Index indicates that the competitive landscape around digital technologies is moving extremely quickly. Governments that place digital transformation at the top of their agenda can achieve tangible results in relatively short time frames – a notion best exemplified by the rise of China to the top of the Group of Twenty (G20) in terms of its relative progress in this field. Our study also highlights that around the world, digital incumbents increasingly face new and dynamic competitors.

In the East Asia and Pacific region, for example, digitally established countries like Singapore and South Korea rank in the middle and were outperformed by Vietnam in their relative progress in the last three years. This suggests that progress is attainable independent of a country’s digital competitiveness baseline and its size.

On the other hand, the latest results from the Digital Riser Index confirm a tendency that we also saw in last year’s report: the speed of transformation differs significantly between China and the US, as well as between European countries like France, Italy and Germany. While this development does not mean that the gain of one is the loss of another, it does demonstrate that governments should emphasise ways of strategically managing their policies in this crucial area for the future.

Responses to the COVID-19 pandemic have significantly accelerated the adoption of digital technologies. By the end of 2020, companies had improved the digitisation of their product, customer and supply chain interactions. In order for their countries to improve their competitiveness around future technologies, governments should follow this lead and enable an ecosystem and mindset that supports the digital economy.