Barrie-Innisfil candidates weigh in on affordability, environment during virtual debate 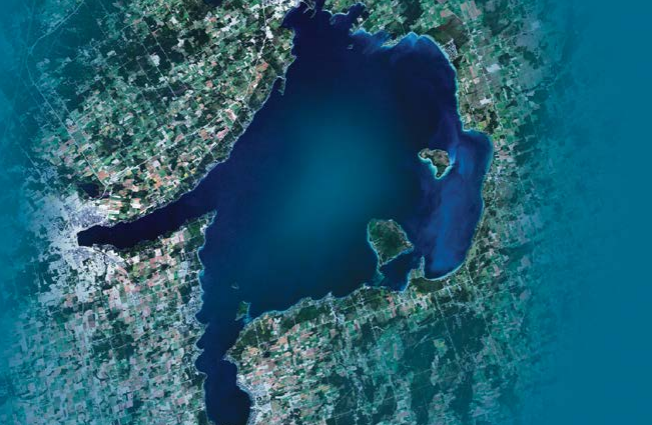 Three of the four federal candidates for Barrie-Innisfil fielded a variety of questions as to how they and their party will address a multitude of environmental concerns earlier this week should they win the Sept. 20 election.

Conservative candidate John Brassard, NDP candidate Aleesha Gostkowski and Liberal candidate Lisa-Marie Wilson participated virtually in the local 100 Debates on the Environment initiative, which organizes non-partisan, all-candidates debates on the environment in ridings across Canada. People’s Party candidate Corrado Brancato is the fourth name on the ballot in Barrie-Innisfil, but he did not take part in the debate.

The candidates answered a blend of preset and audience-generated questions over the course of just over an hour, which included how they would address issues such as climate change, housing and protect Lake Simcoe.

As a young person who can’t afford a home herself, Gostkowski says addressing the issue of housing affordability is important.

“Canada is in the midst of a national housing crisis that’s impacting every area of the country,” she said. “Families in our communities are facing constant stress of the impossible choice between rent or food, living in substandard housing or relocating out of their community, or worse — the real risk of homelessness.

“New Democrats believe it is time to help people now,” Gostkowski added. “We have an ambitious plan that will make a difference in every community in our country because finding a good, affordable place to live shouldn’t be like winning the lottery.”

Brassard said there is no other issue that he has heard more about than housing affordability, particularly here in central Ontario.

“The issue of housing affordability is a serious one and has become a crisis over the past six year. I’ve heard from residents of Barrie and Innisfil who are being forced out of the community in order to find a home they can afford,” said the incumbent. “This should be top priority for the next government. I have four children… and I know that it is a significant concern for them.”

Brassard added there is also a serious problem with supply and demand. He said the Conservative’s Canada Recovery Plan will swiftly increase housing supply across the country by funding infrastructure projects, including public transit and infrastructure.

“Another way to address the housing crisis is to root out the corrupt activity that is driving up real estate prices and putting homes out of reach and banning foreign investors who are not living in Canada and buying homes,” he said.

Wilson said every Canadian deserves a safe and affordable place to call home, adding the Liberals’ plan will help Canadian renters achieve their goal of owning a home by introducing a rent-to-own program. It also includes assisting Canadians under the age of 40 save up to $40,000 toward their first home with a tax-free first home savings account, improve the first-time home buyer incentives, reduce closing costs when buying a home and reduce monthly mortgage costs.

“Our plan will protect you by introducing a bill of rights that will ban bidding, establish a legal right to a home inspection, stop reno-victions and ensure transparency in the process,” she said. “Cracking down on house flipping, temporarily banning new foreign home ownership to ensure Canadians have access to purchasing homes. A Home For Everyone will make home ownership a reality for Canadians.”

Lake Simcoe was also expressed as a top priority for all three participants in Wednesday’s debate.

“The health and future sustainability of Lake Simcoe is of paramount importance to me and it will be to a future Conservative government,” said Brassard. “In 2007, we established the Lake Simcoe Clean Up Fund and invested $60 million. We saw a decrease in phosphorus and will continue to make that investment. We pledged that in 2019 and it’s currently in our Canada Recovery Plan is a reinstatement of the Lake Simcoe Clean Up Fund.

“We are going to commit to Lake Simcoe,” he added. “We have done it in the past and we are going to continue to do it. It’s that important to our region for its health and for the sustainability of our economy as well.”

If elected, Wilson said she will strongly advocate for the citizens of Barrie and Innisfil.

“Although much of Lake Simcoe falls under provincial jurisdiction, there are many areas that the federal government can step up,” she said. “For example, our platform contains a commitment of $1 billion over 10 years to protect and restore lakes and rivers.

“I also believe that infrastructure dollars allocated to our region must support projects that will result in emissions correlating,” Wilson added. “If elected I am fully committed to working with local stakeholders in all levels to address this.”

Gostkowski expressed concern that the proposed Bradford bypass — or, as she called it, the Holland Marsh Highway — doesn’t appear to really benefit anyone.

“Even the studies done by the province show it will be congested by 2040. There is no possible way to mitigate the chloride contamination, much less the air pollution it will produce,” she said. “It will plow through some of Ontario’s best vegetable-growing land.

“Climate leaders don’t build highways. If this bypass is going to be as benign as we’ve been hearing and beneficial, why does the federal government seem so terrified of actually giving us an environmental impact assessment? We need to support forward thinking initiatives… that look for green solutions in how we get around,” Gostkowski added. “An NDP government will focus on green infrastructure such as how we get around.

The full debate can be viewed on YouTube by clicking here.