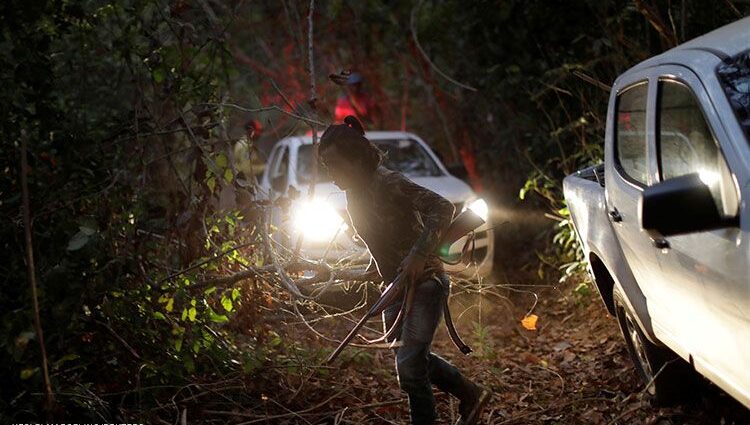 (CNN) — Behind the veil of the COVID-19 pandemic, 227 people were killed last year protecting forests, water and other natural resources under increasing stress from climate change, making 2020 the deadliest year on record for environmental defenders according to a report published Monday.

The environmental and human rights watchdog Global Witness gathered and analyzed 2020 data from around the world involving lethal attacks on environmental defenders, and discovered that an average of more than four people a week died while defending the environment.

Global Witness reported that most of the killings happened in Latin America. Colombia was the worst-affected country, the group said, with 65 defenders killed for either protecting Indigenous land or defending forests and their coca crops. Mexico, where a third of the attacks were linked to deforestation, ranked second with 30 killings.

The Philippines was the only country outside the region to record more than 15 deaths, Global Witness reported — 29 people there were killed for attempting to halt mining, logging, and dam projects. Together, the more than half of the attacks in 2020 took place in those three countries, according to Global Witness.

The family members of some victims described to Global Witness how lockdowns during the pandemic made it easier for defenders to be attacked in their own homes, targeted for taking on governments and businesses to protect natural resources that their communities rely on.

The climate crisis is stretching natural resources thin. Scientists said in August that the planet is warming much faster than previously thought. Without swift, deep cuts in fossil fuel emissions, communities may face irreversible changes to the ecosystems and natural resources they need.

“2020 was supposed to be the year the world stood still, but our data shows that this didn’t translate to safer outcomes for those standing up for our planet,” Chris Madden, one of the report’s authors, told CNN.

“It’s clear that the unaccountable exploitation and greed that’s driving the climate crisis are also having an increasingly violent impact on people,” he added.

Climate change, as well as rampant urbanization and industry, has led to water scarcity in many of these countries. Alongside the Southwest US, parts of Mexico, which ranked second on the list of countries with the highest killings, has been impacted by the first-ever water shortage on the Colorado River, which supplies roughly 40 million people in the western region including Mexico.

More than 70% of the attacks were on people defending forests — one of the planet’s natural carbon sinks — from further deforestation and industrial development, according to Global Witness. The watchdog says others were killed for protecting rivers, oceans and other coastal ecosystems.

The report found logging to be the largest sector connected to most of the murder cases, with 23 in Brazil, Nicaragua, Peru and the Philippines collectively, followed by the fight for water rights and against dam building and mining.

And, despite making up only 5% of the world’s population, more than 30% of all the fatal attacks targeted Indigenous people in 2020. Global Witness documented these in Mexico, Central and South America, as well as the Philippines.

Environmental activists in Africa are also experiencing the same violence, but researchers say it may be under reported. Global Witness documented 18 killings on the continent in 2020, a jump from just seven in 2019. Most of these attacks took place in the Democratic Republic of Congo, while the rest were in South Africa and Uganda.

The report found that more than one in 10 of the defenders killed in 2020 were women, reflecting a 2020 study by the International Union for Conservation of Nature that found climate change and environmental degradation are fueling violence against women.

“We know that beyond killings, many defenders and communities also experience attempts to silence them, with tactics like death threats, surveillance, sexual violence, or criminalisation,” the authors wrote. “These kinds of attacks are even less well reported.”

Adrien Salazar, policy director with the Grassroots Global Justice Alliance, said the report’s findings also reflect what’s happening in the US, where police are cracking down on Indigenous organizers protesting the expansion of fossil fuel infrastructure like the Enbridge Line 3 pipeline in Minnesota.

Global Witness’ researchers analyzed international and national datasets that lists attacks on environmental defenders, search-engine alerts, news sources, and information from dozens of local, national, and regional organizations around the world. They also examined data in English, Spanish and Portuguese.

While Global Witness has been documenting environmental attacks around the globe since 2012, the group noted that they may be undercounting the killings, since many parts of the world don’t have free press and independent monitoring on attacks.

The authors as well as Salazar warn that as the climate crisis intensifies, so do the attacks against those trying to stop it.

“As the climate crisis and ecological devastation accelerate, the corporations that perpetrate these crises will be relentless in pursuing their profits even above the cost of human life,” Salazar said. “Every life and every story matters. As long as violence against the earth continues, resistance will continue.”

This story was first published on CNN.com, “227 people were killed defending the environment last year, a new report shows. That’s a record.”