There’s a reason why carbon dioxide has become the bogeyman of the climate crisis, considering just how much of it we’ve pumped into the atmosphere. We haven’t stopped at CO2, however. Oh no, we’ve added methane into the toxic mix. While the gas, also known as CH4, has become almost synonymous with cattle flatulence, there’s acutally much more to it than that. And it’s nothing like as funny as a fart. Or a burp, which are the bigger bodily offenders.

Scientists estimate that although methane only accounts for 3% of emissions since 1750, it is linked to as much as 23% of historic warming. In other words, the stuff is potent. Really potent. As in, a single ton of methane causes roughly the equivalent warming of at least 28 tons of CO2 over the course of a century. And in the last two decades alone, we’ve managed to increase our output by 10%.

Reducing the amount that seeps into the atmosphere could be a secret weapon in the climate fight. In fact it could, according to a recent UN Environmental Programme (UNEP) report , avoid 0.3 degrees Celcius of warming by the 2040s. 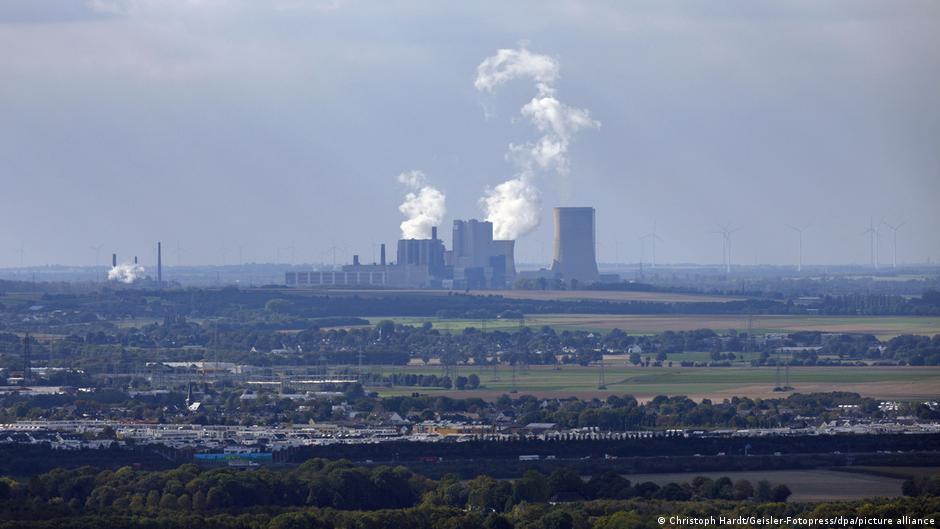 Let’s just do that then …

If only it were that simple. Methane is not only the natural gas that supplies power stations and heats homes, it’s also the stuff that wafts from landfills, rice paddies, the intestines of ruminants, wetlands, and in some instances, supposedly “green” hydropower reservoirs.

All told, the world emits 570 million tons of CH4 a year. Us humans are responsible for 60% of that, with the gold medal going to farming. Partly, but not only, as a result of gassy livestock, the agricultural sector causes the same amount of warming as 788 million cars, which is more than half of the world’s 1.4 billion-strong fleet.

Silver goes to none other than the fossil fuel industry, with the waste sector snatching bronze.

Fossil fuel infrastructure is a major, and avoidable, source of methane. Damaged and poorly maintained gas pipes leak the gas through patchable holes and processes, leading to what are commonly called “fugitive emissions.” If they were better maintained, the equivalent of 1.83 billion tons of CO2 could be saved. And what’s more, the natural gas saved from patching up the leaks would more than pay for the upgrades. 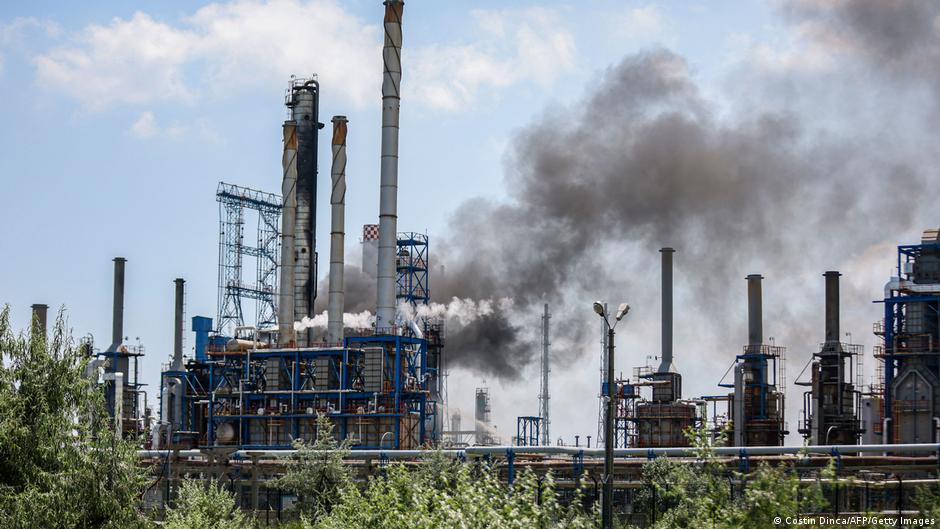 Fossil fuel operations are a major source of methane emissions

Hmmm. Yes, infrastructure improvements could reduce leaks, and tracing them is becoming easier thanks to satellite imaging that detects them, thereby making it harder for fossil fuel companies to hide or deny the flaws in their systems.

And by the same token, recovering burnable methane from waste could be financially incentivized. Landfill gas projects across the world are already capturing methane to burn. In the US, 70% of these LFGs produce gas for electricity generation. And at least we can use methane to burn.

But that’s not ideal, since it produces carbon dioxide, which, as we’ve already established, is the bogeyman of the climate crisis. 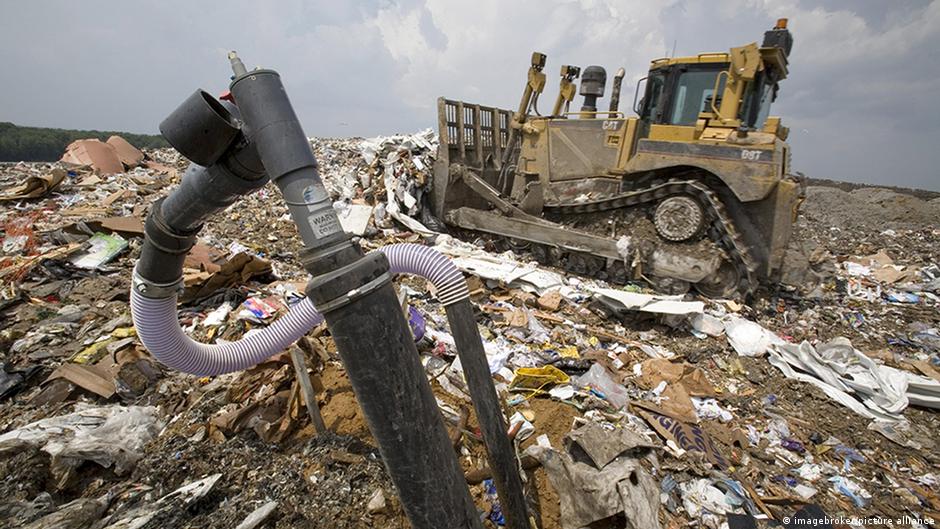 Methane recovery system in place at a landfill in Marshall, Michigan, US

Why is it always so complicated?

That’s a good one, but hang on, there’s more. Because although we can change dodgy pipes, we can’t exactly replumb our farmyard friends, which makes shrinking our animal’s methane footprint a tad trickier.

That said, we can go some way to mitigating the problem by changing what we feed them. Something called FutureFeed, for example, does exactly that: it’s a livestock feed that contains 3% Australian seaweed which has been shown to reduce emissions by 80%. Just a little bit of dietary greens cuts back on cow burps. Not bad going.

An easier option would be to change what we eat. Less meat and dairy equals fewer animals, equals fewer gases being belched out into the atmosphere.

Cutting down on meat can’t be the answer to everything…

Not everything, but it ticks a couple of boxes. But we don’t need to go there now. Not when we could be talking permafrost. 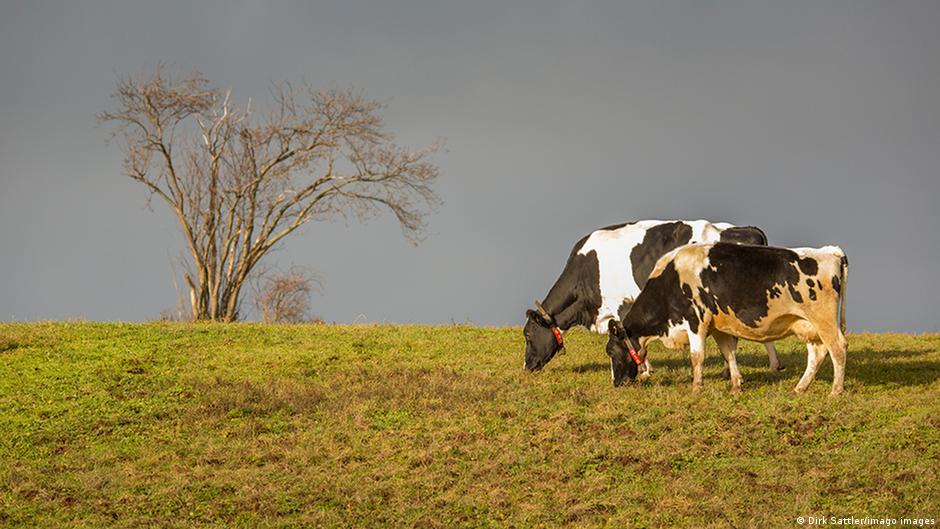 Permafrost. Thing is, as the Arctic heats up, areas of Earth that have been locked in frozen slumber for many millennia, are starting to thaw. And as that happens, they’re not only revealing pristine condition — albeit dead — big cat species lost long ago to extinction, but thousands of years’ worth of methane and CO2.

Some of this former icescape then transforms into new wetlands, which release methane into the atmosphere, helping temperatures to rise. Thawing permafrost could increase non-human methane emissions by 80%. And that, in turn increases the likelihood of droughts, fires, flooding and other extreme weather events everywhere around the world. 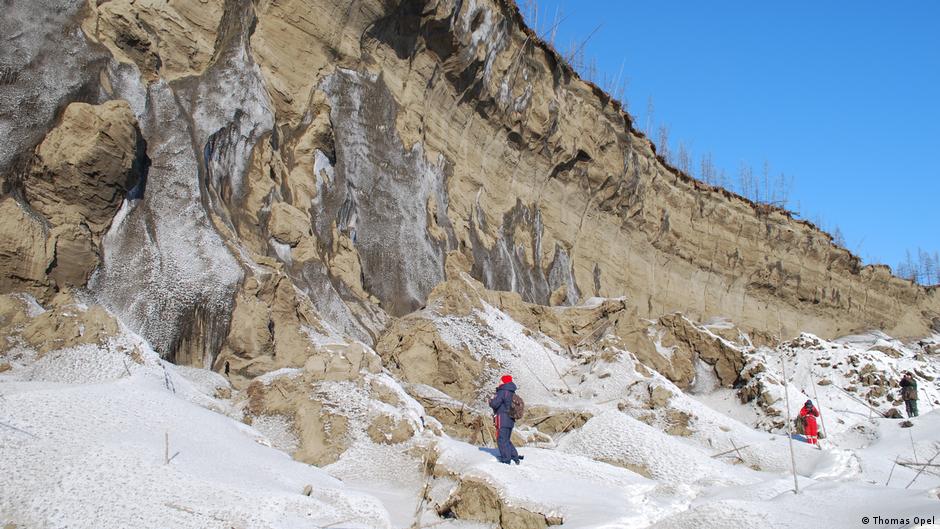 Great. So where does that leave us?

With a gap between what’s needed and what is actually being done. The latest IPCC report laid bare just how quickly we need to cut global greenhouse gas emissions before things get even worse.

While it might be impossible to do away with man-made methane emissions completely, cutting them even a little could generate time enough to develop green technologies, such as low-carbon planes and ships.

What’s more, methane emitted at ground level forms ozone which can damage respiratory health. According to the UNEP, reducing CH4 output by45% could prevent 255,000 premature deaths per year.

Like many climate and environmental issues, policymakers are the ones with the power to affect meaningful, lasting change. But even as individuals we can make a contribution by (whether we like it or not), cutting back on burgers, palm oil and flying. Giving these industries our money sends them a seal of approval to continue with business as usual. But that, we have seen by now, is the one thing the planet cannot afford to let happen.

2021-09-14
Previous Post: The role of data and tech in transforming a destination experience
Next Post: New Relic Launches Industry’s Most Comprehensive Global Research on Observability