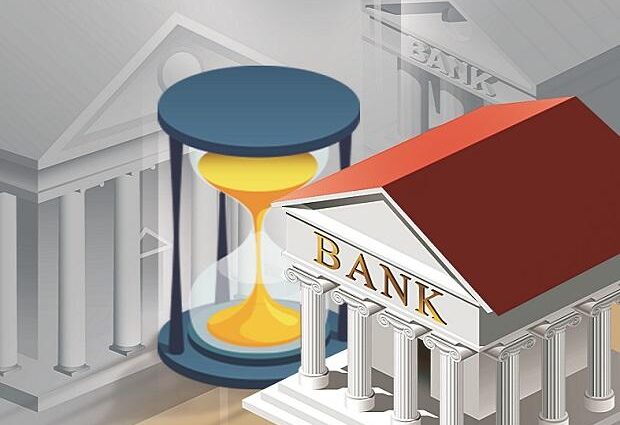 
Indian banks and financial institutions, including the State Bank of India (SBI), ICICI, Axis Bank, the Trust Group and HDFC, are among the largest global financial institutions funding fossil fuel projects. Meanwhile, several banks in other countries, including the Spain-based Banco Santander and the Commonwealth Bank of Australia, have promised to phase out financing of coal-powered plants and mining by 2030.

Banks play an important role in financing sustainable sectors such as renewable energy and in stopping financing of fossil fuels. But in India, banks have yet to implement policies to reduce their own emissions, or ask it of the companies that they finance, according to reports and an IndiaSpend analysis. Out of the eight Indian banks that were assessed, only IDFC Bank (now called the IDFC First Bank) demonstrated a policy commitment to mitigating climate change, shows a 2019 report by Fair Finance India, a coalition of civil society organisations working towards ensuring a sustainable financial sector in India.


This is the situation five years after India, along with 191 other countries, signed the Paris Agreement to limit greenhouse gas emissions and control the rise in world temperatures to 1.5-2 degrees Celsius.


“Some countries, clearly, have not focused on the banking sector as something they need to deal with as they phase out fossil fuels and transition to a renewable energy economy,” Alison Kirsch, lead researcher at the Rainforest Action Network, a US-based environmental organisation, and co-author of the report, ‘Banking on Climate Chaos’, told IndiaSpend. “Commercial banks are not ready to take action unless Central banks do not lead the way.”


Why banks must get involved in climate action


India has no plans to pull out completely from coal–the transition to clean energy will take a couple of decades. In May 2020, the government pushed for private investment in the costly, debt-ridden and highly polluting coal sector, which would mean financing from banks and financial institutions, and delay the finance sector prioritising the transition to renewable energy, IndiaSpend had reported in June 2020.


The United Nations Environment Programme issued Principles for Responsible Banking in 2019 to guide banks to consider the environmental and social impacts of the projects they lend to. These are also meant to help banks align their visions with the Sustainable Development Goals of 2015 and the Paris Climate Agreement.


Currently, 252 banks are signatories to these principles, with Yes Bank being the only one from India so far.


The Reserve Bank of India’s role


The Reserve Bank of India (RBI) supervises all commercial banks, financial institutions and non-banking financial companies, and performs a wide range of functions to support national objectives, such as offering ‘priority sector lending’ to sectors such as renewables, agriculture and small and micro enterprises. In 2007, it issued a directive encouraging commercial banks to incorporate sustainability and corporate social responsibility into their business strategy.


“RBI has guidelines, which includes the amount they can lend, for banks to finance infrastructure projects like housing, renewable energy projects,” Anirban Chatterjee, former senior manager of Canara Bank, told IndiaSpend. For instance, the RBI included renewable energy in priority sector lending in March 2015 and increased the limits of lending in September 2020, which means that renewable energy developers can avail more loans than developers in other sectors. “But there are no guidelines limiting funding for fossil fuel projects,” Chatterjee added.


While issuing credit guidance to support renewable energy projects, the RBI has not taken any action, such as monetary policy or regulation, over tilting financial flows away from fossil fuels, as per the report titled ‘How Central Banks are fueling Climate Crisis’ by Oil Change International, a Washington D.C.-based research and advocacy organisation working to facilitate transition to renewable energy.


We have reached out to the RBI for a response, and will update this story when we receive a response.


In April 2021, the RBI also joined the Network for Greening of the Financial Systems, a group of central banks seeking to mobilise finance to support the transition to renewable energy projects and sustainable businesses.


“The RBI has signalled that it is waking up to the risks that climate disruption poses to the Indian economy, that should be a precursor to stronger oversight on Indian banks,” Ashish Fernandes, CEO at Climate Risk Horizon, a Bengaluru-based organisation working on the impact of the climate crisis on financial systems, told IndiaSpend. Banks should assess their vulnerability to climate change risks and to long term disruptions because of the transition from fossil fuels to renewable energy, Fernandes explained. “But, it is important that banks should not wait for the RBI to move, given the urgency” of controlling the climate crisis.


Globally, banks have started taking harsh decisions when the companies they finance do not meet sustainability standards. In 2019, Citibank cancelled $140 million (about Rs 998 crore) of funds lent to Indonesian food giant Indofood after the company violated provisions of the Roundtable on Sustainable Palm Oil. Goldman Sachs has said it will not fund new Arctic drilling for oil and gas. Yet, both these banks were also among the largest investors in fossil fuel projects between 2016 and 2020, according to another August 2021 report, ‘Banking on Climate Chaos’, by Oil Change International.


Until now, over 100 financial institutions have announced their divestment from coal mining and/or coal-fired power plants, according to the Institute for Energy Economics and Financial Analysis, a US-based organisation working on energy markets, trends and policies. None of these are from India.


“Financing new fossil fuel infrastructure is going to be extremely risky going forward for Indian banks, both from a reputational point of view and because of the gathering pace of the transition to renewable energy and electrification of transport,” Fernandes said


Indian banks rank fourth globally in financing coal plants, providing $155.6 billion (about Rs 11.1 lakh crore, per 2019 rates) in loans between 2012 and 2019, according to the report, ‘How Central Banks are Fueling Climate Crisis’, by Oil Change International. The report used data of the 60 largest banks and 12 central banks from the Bloomberg Terminal that provides real-time data on financial markets.


The State Bank of India (SBI), India’s largest public sector bank, in which the government holds 56.92% of shares, is one of the top 12 banks in the world to finance coal plants, the report said. It has provided $21.5 billion (Rs 1.57 lakh crore) in fossil fuel finance between 2016 and 2020 and has not made any net-zero emissions commitment, according to the report.


Earlier, in 2020, the SBI was in the news for bankrolling the Adani Group-owned Carmichael coal mine in Australia’s Galilee Basin that threatens to increase carbon emissions, harm the fragile ecosystem of the Great Barrier Reef, and disrupt the water table. While 40 banks had ruled out the possibility of financing the project, the SBI had reportedly sanctioned $678 million (Rs 500 crore). It is unclear if the loan has been processed.


“Indian banks can finance an offshore fossil or coal project as long as the bank has a positive viability report of the project and the government of the country of origin of the project approves of it, according to the RBI rules,” Chatterjee told IndiaSpend. “SBI could finance the Adani project because the Queensland government had approved the Carmichael coal project.”


We reached out to the Chief General Manager (Credit Policy and Procedure Department) at the SBI’s corporate centre. We will update the story when we receive a response.


We have also reached out to EXIM bank, HDFC, ICICI, and the Trust group for their comments on what they are doing to limit fossil fuel financing and push renewable energy financing. We will update the story when we receive a response.


Slow change and the path ahead


Indian banks are changing, albeit slowly. The Indian Renewable Energy Development Agency (IREDA), a government-backed agency for promoting clean energy investments, announced plans to become India’s first ‘green bank’ in May 2016, the RBI said in a bulletin in January 2021.


In May 2021, the SBI and the European Investment Bank together launched a new initiative of €100 million (Rs 885 crore) to finance high-impact climate action and sustainable businesses in India.


India’s seventh largest commercial bank, Federal Bank Limited, made a commitment to terminate funding of new coal, according to a new report released on October 7, 2021. Federal Bank had earlier provided $14 million (Rs. 104 crores) in loans to JSW Energy, which runs coal plants, imports coal from Indonesia and South Africa, and has shares in coal and lignite mines in India and South Africa, the report said. The bank’s commitment could be in part because of the International Finance Corporation, which has invested in the Federal Bank and has said that it would end equity investments in financial institutions that do not have a plan to phase out investments in coal-related activities, the report said.


Indian banks’ coal financing decreased in 2019 as compared to earlier years, according to a November 2020 report by the Centre for Financial Accountability (CENFA) and Climate Trends. In 2019, banks lent Rs 1,100 crore ($190 million) to two coal-fired plants, unlike 2018 when they lent Rs 6,081 crore ($850 million) to five coal-fired projects. The report analysed 43 coal-fired and renewable energy projects that had received Rs 24,071 crore ($3.41 billion) in loans–95% to renewable energy projects and 5% to coal power projects.


Yet, “there are important segments of the renewable market that are starved of finance, such as financing for rooftop solar for the small and medium scale enterprises, community and agricultural solar etc”, said Fernandes of Climate Risk Horizon. IndiaSpend had reported from Maharashtra in July 2021 on how the high cost of rooftop solar systems and the patchy implementation of its subsidy schemes are holding the sector back.


“It’s safe to say the Indian banking system is not serving these areas well right now, as compared to large-scale utility solar,” said Fernandes. There is a real need for banks to innovate by financing projects such as roof-top solar and ‘de-risk’ or reduce their exposure to fossil fuel projects, Fernandes added. Twelve of India’s thermal power plants–reviewed in December 2019 by the Institute of Energy Economics and Financial Analysis–owe $40-60 billion (Rs 2.9 to Rs 41.3 lakh crore) in non-performing assets or bad loans (loans that have not been repaid within the mandated time).


Further, a cumulative Rs 22,917 ($3,220 million) was loaned to 41 renewable energy projects, including solar and wind projects, in 2019, according to the CENFA and Climate Trends report. But the single largest lender was L&T Finance Holdings (21%), while state-owned banks collectively provided for 24% of renewable financing.


With little information about Indian banks’ lending practices available in the public domain, analysts depend on disclosures such as those made under the Basel III framework, a global, voluntary regulatory framework that seeks to ensure banks have enough capital and liquidity. Considering the global climate urgency, it is important for banks to make all the information on lending available to all stakeholders, said Sreedhar Ramamurthi, managing trustee of Environics Trust, a New Delhi-based research and community development organisation. This is vital to inform the public if banks’ funds are being channeled into sectors responsible for environmental damage, he said.