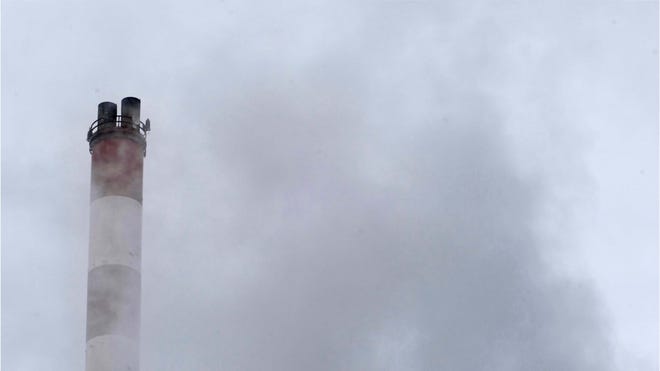 State regulators likely will delay a decision on a new solid waste permit for Covanta Marion, the 36-year-old garbage incinerator in Brooks, to consider concerns raised during a public comment period.

“The Covanta Marion incinerator needs to cease operations and Marion County should send all of its solid waste to the Coffin Butte landfill that emits far less greenhouse gases,” wrote Phil Carver, on behalf ofthe local environmental group 350 Salem OR.

The incinerator burns most of Marion County’s residential and commercial waste, generating electricity that it sells to Portland General Electric.

The proposed permit would allow the facility to continue operating, and regulate what it can take to burn. It doesn’t regulate the incinerator’s air or water pollution emissions, which are governed by separate permits.

Communities of color, kids nearby

Opponents said approving the permit would violate an executive order Brown signed in March 2020 directing 16 state agencies, including DEQ, to take actions to reduce greenhouse gas emissions in the state.

Covanta Marion emitted 162,437 metric tons of greenhouse gases in 2019, according to DEQ data. That’s the equivalent of driving 35,327 passenger cars for one year, according to the U.S. Environmental Protection Agency.

Covanta Marion is the top emitter of greenhouse gases in Marion County, and the 22nd largest in the state.

Brown’s executive order also notes that climate change has a disproportionate impact on the well-being of the most vulnerable communities.

EPA data shows that communities within a five-mile radius of the incinerator already are at higher risk of environmental and socioeconomic stressors, contributing to persistent health disparities.

Those communities include Brooks, Keizer and northeast Salem.

Covanta spokeswoman Nicolle K. Robles responded to the concerns in an email to the Statesman Journal.

“Covanta Marion is a modern Waste-to-Energy facility that operates under stringent federal and state regulations. We remain a small contributor to local emissions – especially when compared to transportation and gas utility use and as numerous studies have proven, this facility, and others like it, do not pose risks to the health and well-being of the community,” Robles said.

Electric utilities are the single largest source of greenhouse gas emissions in the state, according to DEQ.

“Covanta lauds the efforts of the governor and other groups trying to reduce greenhouse gasses,” she said. “We believe we fit into the state’s admirable goals to sustainably manage society’s waste.”

DEQ, however, is considering penalizing Covanta Marion for violating its air quality permit.

In June, DEQ notified the company that it planned to take enforcement action because the company operated its emergency engine in non-emergency situations more than is allowed by the permit.

Emergency engines typically run on fuels, such as diesel, that cause additional pollution and greenhouse gas emissions.

The potential citation still is under review, Darling said.

The permit consideration comes as a sale of Covanta Marion’s parent company is pending.

In July, the company announced that EQT Infrastructure had agreed to acquire all shares of Covanta common stock. The $5.3 billion deal with the Sweden-based investment conglomerate would take Covanta private.

EQT investment funds have portfolio companies in Europe, Asia-Pacific and the Americas with more than 175,000 employees and annual sales of about $33 billion.

The purchase is subject to government and shareholder approval and is expected to close by the end of the year. The pending sale will not impact the permitting process, Darling said.

Marion County does not anticipate any changes to the services it receives from Covanta Marion as a result of the sale, said Brian May, the county’s Environmental Services Division manager.

The county paid to build the incinerator, which is now owned by Covanta, and previously paid many of the expenses of running it. The county also received much of the burner’s income.

Now, Covanta Marion still takes most of the county’s waste, but it operates as an independent business.

Covanta Marion’s current solid waste permit expired Aug. 30, but it is allowed to continue operating on it until a new one is approved because it filed its permit application on time.

The proposed new permit doesn’t make any changes to the type of waste the facility may accept.

In June, the Statesman Journal reported that, in addition to taking the county’s garbage, Covanta trucks in industrial waste from all over the country.

Some groups have asked DEQ to limit the acceptance of waste that may cause toxic emissions or create toxic ash.

“The fact that it is not considered to be a danger in the form received by the facility does not mean that its elements will not be turned into dangerous toxic emissions when it is incinerated,” wrote a coalition of groups calling itself Clean Air Now. The coalition includes Beyond Toxics, PCUN, Latinos Unidos Siempre, 350 Salem, Salem Democratic Socialists of America, Oregon Physicians for Social Responsibility and Eastside Portland Air Coalition.

The group asked DEQ to research potential precursors to toxic emissions and take steps to eliminate as many as possible from being burned at the incinerator.

Oregon Administrative Rules call for DEQ to take final action on the permit by Oct. 11, within 45 days of the close of the comment period. That can be extended to schedule a public hearing and consider comments.

DEQ will not hold a hearing on the proposal, Darling said. The department received no comments when the solid waste permit was issued 10 years ago, and just a few this time, he said.

“Based on the level of public interest, it wasn’t necessary, he said. But the department did meet with members of the Clean Air Now coalition, and will respond to their concerns, he said.