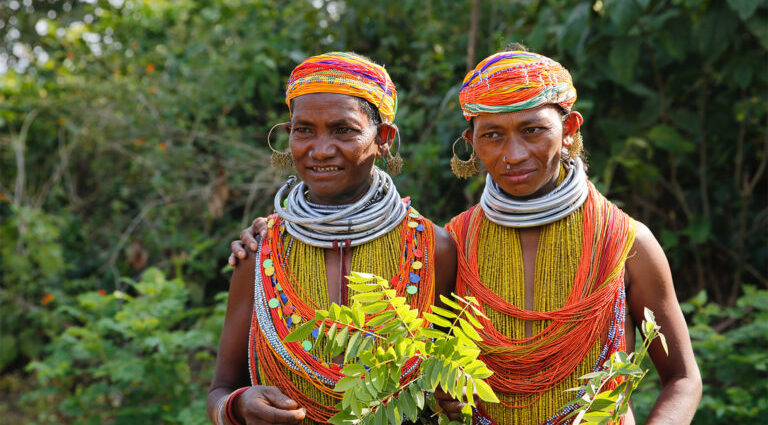 The second Monday of October marks Indigenous Peoples’ Day in multiple cities and states across the U.S. Originally juxtaposed against Columbus Day, celebrated at the same time, the day was set aside to honor Indigenous peoples and their cultures within the country and ecosystems their ancestors have stewarded for millennia.

In the U.S., and across the world, the traditional knowledge and active participation of Indigenous peoples in biodiversity conservation efforts has been shown to be highly effective in safeguarding high conservation value areas — at a fraction of the cost of other conservation measures. This is especially so when their land and resource rights are recognized. From 2000 to 2012, Indigenous lands in the Brazilian Amazon experienced 0.6% deforestation, compared to 7% outside of them. That latter forest loss, amounting to 22.5 million hectares (55.6 million acres) outside of Indigenous lands, resulted in 8.7 billion metric tons of CO2 emitted.

Mounting evidence for Indigenous peoples’ successful stewardship of the world’s biodiversity has been one of the main points of criticism against the creation of conservation areas and national parks that evict them for conservation purposes. Within the first draft of the Convention on Biological Diversity’s (CBD) Post-2020 Global Biodiversity Framework, human rights groups emphasize that the target to safeguard 30% of the world’s biodiversity by 2030 should not lead to the displacement of Indigenous peoples and local communities.

The estimated number of conservation-displaced people runs into the millions. According to one analysis, 250,000 individuals were displaced in 15 countries from 1990 to 2014. Another finding estimates that at least 1.65 billion Indigenous peoples and members of local communities live in important biodiversity conservation areas.

“There are people living in the places that conservationists have identified as important for protecting biodiversity,” said David Boyd, the U.N. special rapporteur on human rights and the environment. “And the solution is not to kick those people out to put a fence around it. The solution is to empower those people through the recognition of their rights, and create a framework where they actually gain benefits from continuing to practice the stewardship responsibilities that are at the heart of their culture.”

Efforts to emphasize the role of Indigenous-led biodiversity conservation are growing. To mark Indigenous Peoples’ Day, Mongabay rounds up this year’s most inspiring and impactful stories from around the world.

Indigenous-led elephant sanctuary in Kenya stars in a short film

A podcast episode part of the Mongabay Newscast took a look at an elephant sanctuary in Kenya by the Indigenous Samburu people. The guest speaker following the conservation effort was National Geographic photographer and documentary filmmaker Ami Vitale. Her new short film, Shaba, tells the story of an orphaned elephant in Kenya that overcame the trauma of watching poachers kill its mother, and of the people who have rescued dozens of endangered African elephants at the Reteti Elephant Sanctuary.

You can watch the trailer for Shaba here:

A ruling by Panama’s Supreme Court of Justice in November 2020 led to the official creation of a comarca, or protected Indigenous territory, for the Naso Tjër Di people in northern Panama. The 1,600-square-kilometer (620-square-mile) comarca is the result of a decades-long effort to secure the Naso’s land rights. The court’s decision rested in part on evidence of the role that Indigenous groups play in protecting the environment in Panama, as has been shown elsewhere on the planet, according to an analysis by the Washington, D.C.-based nonprofit Center for International Environmental Law (CIEL).

The ruling noted that “the Indigenous population has preserved the environment in the places where they have settled, because they are bearers of ancient knowledge about biodiversity, plants, animals, water, and climate that allows for the sustainable use of the resources available to them,” according to a translation from CIEL.

Residents of a coastal area on Busuanga Island in the Philippines found themselves particularly vulnerable to the impacts of climate change, including the increase of powerful storms like 2013’s Typhoon Haiyan, after having their mangrove forests logged over the course of decades. After realizing how their mangrove forests’ complex root network served as a buffer to strong waves, high winds and storm surges, they decided to restore their mangroves.

The entirety of the island is now officially designated as a mangrove protection zone. Women from the Indigenous Cuyunon and Tagbanua groups have taken the lead in rehabilitating the forests. Since 2014, they’ve planted 158,500 mangrove seedlings on 159 hectares (393 acres) of denuded coastal patches across Busuanga Island. Compared to some unsuccessful mangrove rehabilitation initiatives, the trees planted in this project have had an 80% survival rate. The women are also involved in the monthly monitoring of seedling growth and the replacement of mangroves afflicted by parasite barnacles that reduce their root growth.

An orchid species new to science has been described from the Guiana Highlands, a unique plateau and low mountain region in the northern part of South America. Instead of using the conventional Latin nomenclature to name the member of the Epidendrum genus, the researcher who described the new orchid decided to consult members of the Pemón Arekuna community for their input.

“[A]fter all, it is them who are the true wardens and owners of the territories of the tepuis,” Mateusz Wrazidlo said.

After deliberation, the name Epidendrum katarun-yariku was chosen. In the Indigenous Pemón Arekuna language, “katarun” means high, and “yariku” means flower. The name “high flower” was chosen because this species has been found only on the summits and in the upper foothills of the tepuis, or rock outcrops.

Wrazidlo advocates for “de-colonizing science nomenclature and giving more representation to Indigenous [and] local languages.” Indigenous guide Antonio Hitcher emphasized the vital importance of having an Indigenous presence in scientific explorations, as they tend to be connoisseurs of their territories’ biodiversity.

After 17 years of discussion, the Peruvian government has moved to establish a new Indigenous reserve for “uncontacted peoples” deep in the Amazon rainforest. The Yavarí Tapiche Indigenous Reserve, which covers 1.1 million hectares (2.7 million acres) in the department of Loreto on the Peru-Brazil border, is home to Matsés, Remo and Marubo peoples, as well as other groups who have yet to be identified.

Yavarí Tapiche will be the first reserve established under Peru’s law governing territories for peoples in isolation and initial contact (PIACI). These peoples, sometimes popularly known as “uncontacted tribes,” have little or no contact with the outside world and live in some of the world’s most biologically diverse landscapes, including remote parts of the Amazon Basin.

Some of the challenges in protecting uncontacted peoples in the reserve include intrusion of drug traffickers and illegal loggers. Due to this, the Ministry of Culture says it will implement early-warning mechanisms and checkpoints.

Months after the creation of Yavarí Tapiche, another reserve of almost 150,000 hectares (371,000 acres) was created for the Kakataibo Indigenous community.

A report from the Food and Agriculture Organization (FAO) and the Fund for the Development of the Indigenous Peoples of Latin America and the Caribbean (FILAC) drew on more than 300 studies from the last two decades to demonstrate the protection that Indigenous societies provide for forests in Latin America and the Caribbean. According to the research, about 45% of the intact forests in the Amazon Basin were in Indigenous territories.

The forests occupied by Indigenous communities in the region held more carbon than all of the forests in either Indonesia or the Democratic Republic of Congo, home to the next two biggest swaths of tropical forest after Brazil. The authors of the report say investing in securing land rights for Indigenous communities is a cheap and effective way to address climate change, while also helping these communities recover from the effects of the COVID-19 pandemic.

Banner image: Indigenous women in Odisha, India. While interconnected people-nature relationships may be novel for certain strands of Western thought, they have been long understood by other communities and cultures, including many local and Indigenous communities. Image by Ganta Srinivas via Pexels.

Related listening from Mongabay’s podcast: A conversation with Victoria Tauli-Corpuz and Zack Romo about Indigenous rights and the future of biodiversity conservation. Listen here: