Collaboration key to Montgomery’s future of innovation and inclusion 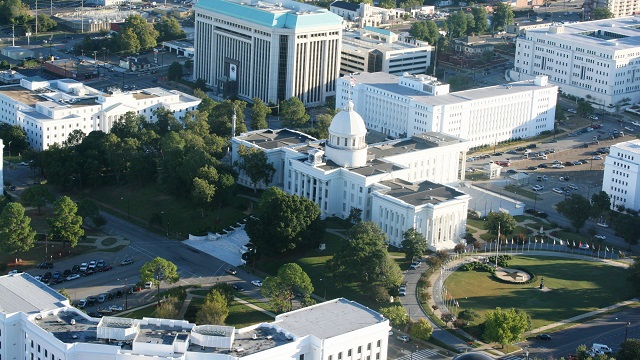 Montgomery has long embraced its place in American history, including its pivotal role as the cradle of the civil rights movement: home to the Rev. Martin Luther King Jr., Rosa Parks and other icons of the nation’s ongoing pursuit of diversity, equality and inclusion.

History is an important component of Montgomery’s efforts to encourage innovation, support entrepreneurs and build for a sustainable future of prosperity and progress. Key community players – business, government, educators, nonprofit partners – are united around a vision of the future in which cultivating a robust tech and innovation ecosystem is key to writing “a new chapter in a world-changing city.”

That’s the mission of TechMGM. An initiative of the Montgomery Area Chamber of Commerce, TechMGM is the focal point of Montgomery’s collaborative approach to connecting and leveraging the advantages it offers in technology- and innovation-related fields.

“Montgomery has always had a lot of valued assets – economically, educationally and culturally,” said Charisse Stokes, executive director of TechMGM. “What has been lacking is putting those assets together strategically, connecting the dots.”

Through various programs, TechMGM carries out a specialized economic development strategy supported by a network of partners that includes local government, the U.S. Department of Defense, four-year and two-year educational institutions and private industry. In 2019, TechMGM launched the University Technical Steering Group, which brings together local and regional community colleges, universities and top information technology employers to collaborate on internships, certifications, training, mentorships and job creation.

“We are accelerating growth in technology and innovation by working together to create opportunities,” Stokes said. “We want to encourage and support entrepreneurship and underrepresented companies and individuals, while continuing to grow the pipeline of diverse technology talent available in the Montgomery area.”

Montgomery is finding new ways to capitalize on its status as home of Maxwell Air Force Base and its Gunter Annex. While a longtime contributor to the economy – and a hub of advanced technology – it is only in recent years that the area’s strong defense presence has begun to translate into a driver of innovation, workforce development and entrepreneurship for the community at large. According to one CEO, it’s the spirit of cooperation among key players that is making the difference.

“It’s a neat environment,” said Faron Golden, CEO of Heptagon Information Technology. “Business is a competitive world, but in Montgomery, you’re competing with another company one day, and the next, you’re working with them as part of a team to make the community better for everyone. Add that to the skills and capabilities that are available here, and you wonder why you’d want to be anywhere else.”

A veteran of 23 years in the U.S. Marine Corps, where he was an intelligence analyst and operative, Golden also spent two decades working with defense contractors in Washington, D.C., and Montgomery before starting work with Heptagon IT in 2019. Established in 2014 by engineers Golden had supervised in the Marines, the company – which provides network engineering, cybersecurity consulting and unified communications services – started with seven employees. When Golden joined Heptagon IT, it had grown to 22 employees and $4 million in revenues; today, there are 42 employees, generating annual revenues of $7 million.

Heptagon IT works with SkillBridge, a Department of Defense program that allows military personnel to begin developing civilian job skills and contacts by providing employment training, internships and apprenticeships. That, too, is in keeping with the company’s objectives.

Jan Johnson, COO of Alaska Northstar Resources, said Montgomery’s commitment to raise its technology and innovation profile is only beginning to pay dividends. An IT professional and Air Force veteran who has worked extensively as a government contractor, Johnson said her company – a subsidiary of Alaska-based Shee Atiká Inc. that delivers high-performance IT solutions and services – appreciates the community’s focus on supporting “the next generation” of innovation and entrepreneurial growth.

“It’s easier when you have support, and there is such a large network of that in Montgomery,” said Johnson. “There are all types of different industries here with opportunities. The real challenge is getting more people exposed to those opportunities. That’s why mentoring is important. There’s a lot that people don’t know they don’t know.”

Both Johnson and Golden are enthusiastic about TechMGM’s efforts to build for Montgomery’s future. The engagement with the defense community, the emphasis on science, technology, engineering and math education, the level of cooperation among key organizations, officials and corporations – TechMGM has been critical in positioning Montgomery for the success it is beginning to enjoy.

“Charisse has taken the bull by the horns,” Golden said. “TechMGM is playing a major role in promoting the growth of local industry, particularly in areas related to technology and innovation.”

For her part, TechMGM’s Stokes continues to look ahead. Doing so, she sees a future of higher-wage jobs for residents of the Montgomery area and a shift in the type of industries Montgomery can attract. She sees more underrepresented companies succeeding, using homegrown talent to do so. She sees today’s students graduating into a local job market ripe with a variety of career opportunities.

“The outcome we’re working toward is clear,” Stokes said. “We are building a community that is vibrant, entrepreneurial and inclusive. We have all of the ingredients, and we are putting them together.”

2021-10-13
Previous Post: Ingested Plastic Causes Buoyancy Issues in Some Sea Turtles
Next Post: How TikTok is creating a safe, fun and creative environment for teens