The built environment must unite ahead of COP26

In: News
Tagged: ahead, Built, Cop26, Environment, unite
With: 1 Comment 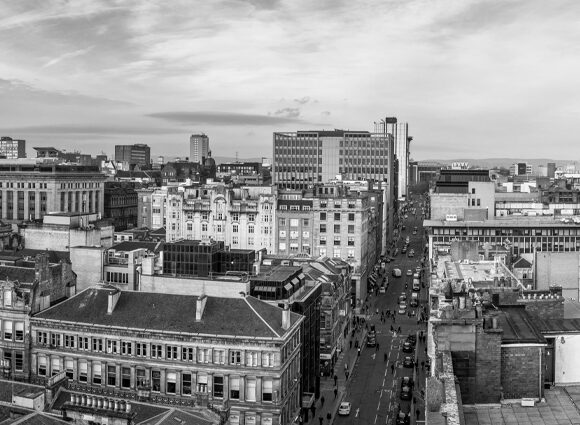 We cannot deny the link between rising man-made greenhouse gas (GHG) emissions and climate change acceleration, and we know that global temperatures will rise by more than 1.5C and 2C during the century unless deep reductions occur over the next few decades. In 2010, I visited the rather appropriately named Cape Grim on the northwest coast of Tasmania, Australia, home to one of a handful of the world’s atmospheric pollution monitoring stations. The station monitors in real-time the level of carbon in the atmosphere. At the time the monitor read 386 parts per million (ppm). In August 2021 that figure was 412 ppm, and every single measurement in that time has been higher than the previous. But what does this mean specifically for the built environment? As a sector, we’re responsible for approximately 38 per cent of global GHG emissions, and we therefore have a pivotal role to play.

There are roughly 255bn m2 of buildings in the world today—and that number grows by around 5.5bn m2 every year. We are building the equivalent of a new city the size of Paris every week. Urgent doesn’t cut it anymore.

The RIBA’s latest report produced in partnership with Architects Declare, “Built for the Environment,” looks at how the sector can—and must—scale up capabilities and become a transformative force in reaching net zero. The report shows how the built environment can operate within planetary limits and calls on the entire sector—and the governments and policymakers who regulate it—to ensure their actions reflect the severity of the situation ahead of COP26.

Despite its huge potential for reducing global carbon emissions, the lack of specific mitigation policies for the built environment is cause for serious concern. “Built for the Environment” calls on every country to set specific, holistic, consumption-based built environment sector actions within their Nationally Determined Contributions (NDCs). Disappointingly, only slightly over two-thirds of NDCs mention buildings, and a significantly smaller proportion mention energy efficiency or building codes.

Why does this matter?

In many parts of the world, building codes are not only entirely missing from NDCs; they don’t exist at all. And, where they do exist, they leave out significant emissions sources, such as embodied carbon. As the electricity and gas grid continues to decarbonise, the embodied carbon emissions of most new buildings created between now and 2050 will be greater than those emissions released through energy use during the building’s lifetime. But even despite this, embodied carbon is almost entirely unregulated. Current legislation focuses almost exclusively on the energy use of new buildings, but disappointingly makes no attempt to regulate the building’s actual energy use. Instead, legislation focuses on predicted energy consumption allowing the industry to continue to rely on unverified data. Without country-specific building codes that regulate both operational and embodied emissions, with specific guidance for both new and existing buildings, we’re fighting a losing battle.

It’s not all about new buildings, though. We must also prioritise the re-use of existing buildings wherever that might be possible. It’s true that the most effective way to avoid embodied carbon emissions is to refurbish, retrofit, and extend the lives of existing buildings, instead of bulldozing and starting from scratch. If we reduce the demand for new buildings by 20 per cent, we could save up to 12 per cent of global emissions in the sector.

And for that small minority of countries that already have building codes and built environment sector actions within their NDCs, their ambition must be increased, and their figures aligned with net zero and science-based targets.

Unfortunately, NDCs and building codes won’t solve the problem alone. Alongside effective regulations, we also need to transform the policies that affect planning and permitting systems, enhance public procurement procedures and introduce relevant grants and incentives. Subnational governments, including cities and regions, must also play their part. Regional-specific policy—informed by local expertise and insight—can help drive forward connected priorities, such as creating future-proofed housing, and accelerate the transition to a decarbonised economy.

On all levels, we must adopt a broader focus on both mitigation and adaptation to the climate emergency—and these must happen in tandem. Nature-based solutions and traditional ecological knowledge, wisdom and technologies are central to both. Concerningly, adaptation for buildings to changing climates tends to focus on problems related to increasing temperatures, neglecting the changes required for colder climates and more extreme rain or winds.

To help our members respond to the climate emergency, in 2019 we launched the RIBA 2030 Climate Challenge. It’s been designed to encourage architects and the wider industry to shift towards outcome-based performance targets—targets that are required to radically decarbonise buildings. If we are serious about attempting to limit global warming to 1.5C by 2030, then we must use our professional experience and expertise to deliver buildings that match this ambition.

The 2030 Climate Challenge provides a concise set of voluntary targets for energy use, embodied carbon and water use; and they’re provided as means of stimulating debate as well as innovation, to encourage industry-wide participation to limit the impacts of new and major retrofit projects.

It’s true that architects have the skills and knowledge to drive this change, but they cannot do it alone. The entire sector must work together to upskill itself and scale up its capabilities to win this fight. We must shift towards interdisciplinary education and practice, commit to reporting successes and sharing lessons learned, and constantly challenge current methods and approaches to align with sustainable goals. As a sector, we have the tools, knowledge and technology to address the climate and biodiversity emergency. The challenge is to deploy them at the speed and scale necessary.

On 28th and 29th October we’re hosting the Built Environment Summit—an opportunity for the sector to unite ahead of COP26. The Summit will provide a platform for speakers from across the globe, who will lead topical discussions, explore and share innovative practice, and encourage system-wide thinking to tackle the climate crisis. It will demonstrate the importance of cross-industry collaboration to harness political support and embolden governments to work with the built environment sector to decarbonise construction.

The built environment is an expression of our values and has a fundamental impact on every aspect of our lives. We all have a responsibility to take concerted action to improve buildings—to bring about an end to homes that overheat, homes that leak, to reduce fuel poverty, improve air quality and ensure we create places and spaces for communities to thrive.

The Royal Institute of British Architects (RIBA) is a global professional membership body driving excellence in architecture. We serve our members and society in order to deliver better buildings and places, stronger communities and a sustainable environment. Being inclusive, ethical, environmentally aware and collaborative underpins all that we do