A look at the year ahead

In: News
Tagged: ahead, Year
With: 0 Comments 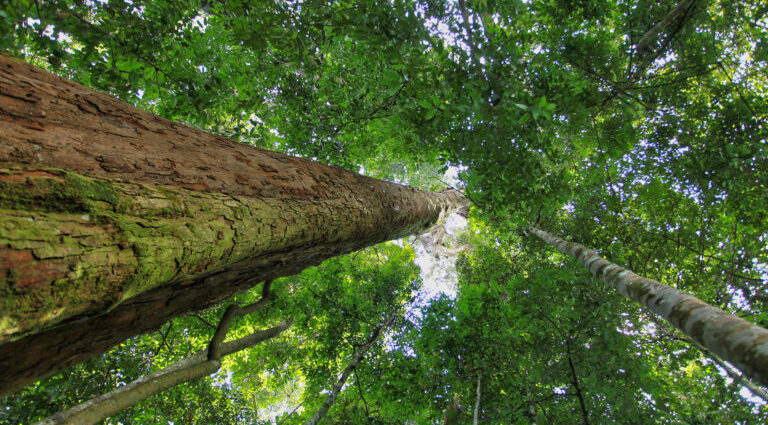 Between rising deforestation in the Amazon, new financial and political commitments to reduce deforestation, and growing interest in “nature-based solutions” like conservation and reforestation, 2021 may prove to be a fateful year for the world’s tropical rainforests. Take a look at The year in rainforests 2021, published last week, if you’d like to catch up on some of the key developments from last year.

What should we expect in 2022? Below is a brief look at what may be some of the major storylines for tropical forests in the coming year.

The post COVID recovery was also the first item on last year’s list and plenty of questions still remain on how the economic rebound–or lack thereof, depending on the place–will impact tropical forests. For example, measures enacted to stimulate economic output during the worst of the pandemic–like decisions in Indonesia and Brazil to roll back environmental regulations and subsidize agribusiness and extractive industries–could start to affect forests more as on-the-ground activities scale up.

As is always the case, macroeconomic factors will be important in decision-making around how forest lands and resources are used.

Commodity prices have surged since bottoming out during the first wave of the pandemic in March 2020. By the end of 2021, the price of palm oil was 121% above the April 2020 level, soybeans 52%, rubber 45%, and beef 34%. Rising commodity prices can be an incentive to clear forests for crops or dig them up for minerals. A sustained upward price trend can encourage capital-intensive investments that drive large-scale deforestation, like industrial tree plantations and new infrastructure projects.

Governments that have suffered a double whammy of reduced revenue and an increase in expenditures related to fiscal stimulus will be keen to see production of export-oriented commodities ramp up.

Another macroeconomic factor worth keeping a close eye on is inflation, which rose to the highest level in decades in some countries at the end of 2021.

Historically, high inflation has been an incentive to clear forests because land can be an effective hedge against rising prices. Philip Fearnside, of the National Institute for Research in the Amazon (INPA), has observed this trend to be the case in the Brazilian Amazon.

“High inflation is generally a factor speeding deforestation, since buying land is one of the best ways to protect the value of your money and to profit from the rising prices, since the price of land tends to rise faster than do prices in general,” Fearnside told Mongabay. “This leads to land speculation, and clearing land secures your tenure to it, especially if it has been claimed illegally as is common in Amazonia.”

And David Kaimowitz, a researcher and consultant on forests and land rights, notes that the current bout of inflation is concentrated in sectors that are directly relevant to forests, exacerbating its impact.

“The recent high global inflation is especially dangerous for forests because it is being driven in part by high agricultural, energy, and mineral prices, which have been shown to be a driver of deforestation,” Kaimowitz told Mongabay. “That is much worse for the environment than rising prices of health care, housing, or entertainment.”

Governments typically respond to rising inflation by raising interest rates, which makes it more expensive for companies to borrow money to expand their operations. Brazil’s Central Bank is indeed raising its baseline interest rate, but the agribusiness sector in the country tends to be shielded to a degree from changes in interest rates, according to Fearnside.

“The key rates are what is charged for loans for agriculture and ranching, not interest for consumer credit and other purposes,” Fearnside said. “The interest on loans from government banks for agriculture and ranching is always highly subsidized, and far below the rate of inflation. This is likely to continue, given the strong influence of the “ruralists” on both the legislative and the executive branches of government.”

After three years of heated rhetoric against environmentalists, Indigenous peoples, and scientists; rollbacks of environmental laws and law enforcement; active encouragement of forest clearing; and rising deforestation in the Amazon under the Bolsonaro administration, Brazil’s general election scheduled for October 2, 2022 will be a closely watched affair. Jair Bolsonaro has indicated that he’s unlikely to go quietly if he loses. His opponent may be Luiz Inácio Lula da Silva, who presided over extremely high rates of deforestation in his first term in the early 2000s before enacting reforms that contributed to a historic drop in the rate of forest clearing between 2004 and 2012.

Another major development to watch in 2022 is whether Brazil’s Supreme Court re-starts the hearings on the “Marco Temporal” case, which could determine the demarcation process for Indigenous lands in Brazil going forward.

Deforestation has been declining since 2016 in Indonesia but there’s a distinct possibility that trend could reverse in 2022 due to the Indonesian government’s decision to end a moratorium on new forestry concessions, new measures to increase demand for biofuels and agricultural land, and growing pressure on civil society groups and the scientific community in the country.

Due to ongoing degradation of peatlands and lowland forests, there is always a risk of fire in Indonesia, but catastrophic burning is most likely in El Niño years. At present, the National Oceanic and Atmospheric Administration (NOAA) is not forecasting a return of El Niño in 2022. 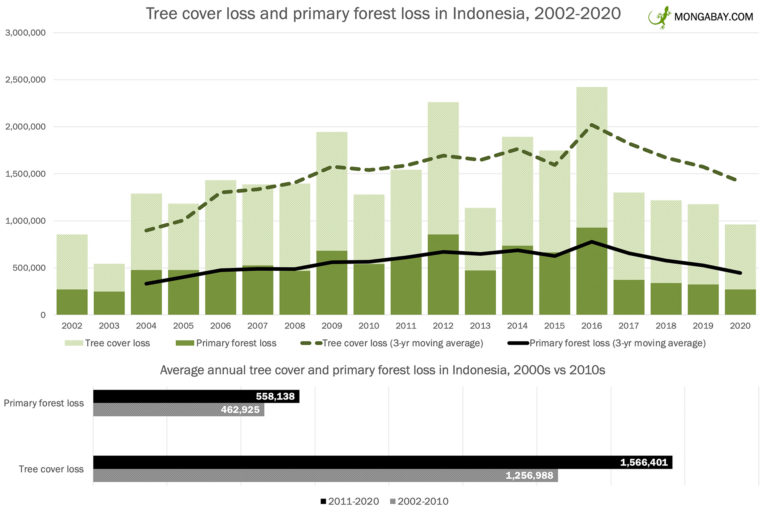 One of the key geographies to watch in 2022 is the Indonesian part of the island of New Guinea: Papua and West Papua. The Central government has been moving forward with plans to expand roads, mines, and industrial agriculture across the rugged region, but at the provincial government level there has been some pushback against the palm oil industry, including a series of court rulings in favor of local communities who were dispossessed of their traditional lands by companies. Look for a continued push by communities in Papua–and across Indonesia–to secure formal recognition of their land rights by the government.

We saw several high profile commitments on forests in 2021, including pledges to put more money into conservation and restoration. That being said, promises have fallen flat in the past–notably the 2014 New York Declaration on Forests which didn’t appear to have any meaningful impact on reducing tropical deforestation. Will this time be different?

Some of the key commitments to watch are:

After multiple postponements, the U.N. Convention on Biological Diversity (CBD) is scheduled to be held from April 25 through May 8. It is expected to draft and adopt a post-2020 Global Biodiversity Framework, which could have significant implications for the world’s biodiversity hotspots, including tropical forests.

Expected to figure prominently in CBD discussions is “30×30”, the concept of protecting 30 percent of Earth’s surface by 2030.

The degradation of the ecosystem services afforded by tropical forests is a recurrent theme for this annual writeup. Each year, more data is added to the body of evidence that tropical forests are losing their capacity to sequester carbon as a result of deforestation, degradation and fragmentation, and increased incidence of drought and fire. We’ve also been seeing more indications of ecological changes in forests–for example, species characteristic of drier transition forests moving into what are traditionally tropical forest habitats in the southern Amazon. We can expect more research further documenting these trends to be published in 2022.

A wave of net zero commitments has driven the price of carbon credits to the highest levels in years, breathing new life in the market for conservation-based carbon credits. If that trend continues, it could provide a strong economic incentive for conservation projects and business models that rely on selling offsets.

But window may be limited: The concept of carbon-offsetting faces significant headwinds from a growing number of critics who argue the approach isn’t doing enough to help change business-as-usual practices. Expect the debate over offsets to sharpen in 2022.

In June 2021, the U.N. Environment Programme (UNEP) and the Food and Agriculture Organization (FAO) launched the United Nations Decade on Ecosystem Restoration with the goal of restoring at least 1 billion hectares of degraded land in the next decade. The timing was opportune: interest in tree-planting, restoration, and rewilding has been surging in recent years. If carbon markets remain buoyant (see previous item) they could provide near-term wind in the sails of these efforts.

With Republicans expected to retake at least one chamber in the U.S. Congress in the midterm election, the Biden Administration’s ambitions to address climate change and support environmental initiatives abroad may be thwarted. In the past, conservation has at times been a bipartisan issue that could advance despite gridlock elsewhere, but bipartisanship is out of favor amid the current political climate in the United States.

Geopolitical tension is growing between the West and Russia over Ukraine and the United States and China over multiple issues, including Taiwan. How these play out could have significant economic implications on a wide range of issues that can impact forests, from commodity prices to resource nationalism.

How did we do last year?