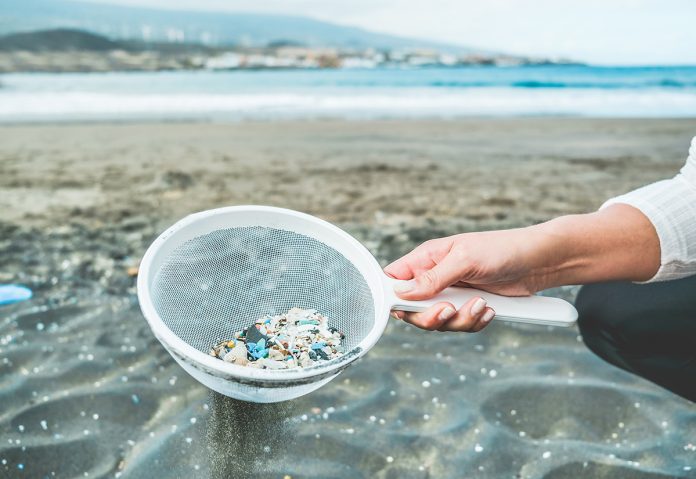 On 20th May 2021, the X-Press Pearl container ship caught fire and sank in the Indian Ocean off the coast of Colombo, Sri Lanka. Classified by the U.N. as Sri Lanka’s worst maritime disaster, the event devastated the country’s sensitive coastal environment, local communities and the national economy. Initial concerns focused on the vessel’s 350 tonnes of heavy fuel oil and the hazardous chemicals on board, which included nitric acid, caustic soda and methanol. However, the July 2021 U.N. report identified the spillage of 87 containers of nurdles as the most significant environmental health threat.

Nurdles, small plastic pellets about the size of a lentil, are the pre-production building blocks for nearly all plastic goods, from bottles to car parts. Approximately 335 million tonnes of nurdles are used each year to manufacture consumer plastics. While the X-Press Pearl disaster brought nurdle pollution to the world’s attention, this problem has existed since the evolution of the plastics industry and it is not restricted to the Indian Ocean. Nurdles have been detected in surface waters worldwide, from the Gulf Coast of Texas in the United States to the Great Pacific Garbage Patch in the middle of the Pacific Ocean to the Arctic Circle.

These small plastic pellets are manufactured by petrochemical companies and then transported by train, ship or truck to facilities where they are melted and shaped into the final product. As described by Madeleine Berg, “they tend to kind of ping everywhere and get blown easily by the wind. And if they’re not very well managed…then that can easily lead to leaks into the environment” [1]. Most nurdles released into the environment end up in waterways and oceans. An estimated 250,000 tonnes of nurdles enter the oceans yearly, making them second only to tyre dust as the largest source of micropollutants in the ocean by weight.

Nurdles cause myriad adverse effects on marine and freshwater habitats. Pellets washed up on beaches can change the temperature and permeability of sand, which can affect animals like sea turtles that incubate their eggs on beaches. Due to their size and colour, nurdles are often mistaken as food by marine wildlife like seabirds, fish and crustaceans. More than 220 marine species have been shown to ingest this plastic debris, which can get trapped in their stomach or cause ulcerations, leading to starvation and potentially death.

Nurdles can also harm animals via the transfer of toxic chemicals. Made from fossil fuels, they contain the same chemical contaminants found in petrochemicals, as well as additives used to change their characteristics, such as colour, flammability or flexibility. Chemical additives of environmental concern include phthalates, bisphenol A (BPA), flame retardants and organotins. Other additives introduced inadvertently during the manufacturing process include the “forever” chemicals, per- or poly-fluorinated alkyl substances (PFAS). Many of these additives are more reactive and mobile than the plastic polymer itself and can readily leach out of the pellets.

Once in the environment, nurdles absorb chemicals like DDT, a now widely banned insecticide, PCBs, a group of manmade industrial chemicals, and mercury, at concentrations orders of magnitude higher than background levels. Researchers have shown that when marine animals consume contaminated plastic pellets; these toxic chemicals are released and absorbed into the animal’s tissues where they can negatively impact animal health. Human consumption of seafood contaminated with DDT, PCBs and mercury is also associated with adverse health effects, including obesity, neurodevelopmental disorders and cancer.

Nurdles provide a surface on which biofilms form that harbour microorganisms harmful to many species, including humans. One study found that nurdles transport pathogenic E. coli and cholera from sewage outfalls and agricultural runoff to recreational waters and shellfish beds. More recently, it was reported that nurdles form mats of plastic debris that can provide artificial habitat for otherwise coastal species. This phenomenon threatens ecological stability by transporting non-native species to habitats where they may become invasive and destructive.

Additionally, the creation of floating structures inhabited by small species creates an ecological trap that attracts animals higher up the food chain, such as fish, turtles and marine mammals. Seeking food or shelter in these floating plastic islands, these higher order animals run a high risk of eating or becoming caught in plastic and dying.

Although small, nurdles take hundreds to thousands of years to degrade. Wind and wave action, UV light, and oxygen will fragment nurdles into nanoparticles, whose hazards are, unfortunately, even more complex. These nanosized plastics have been detected in human drinking water, human foods and even human tissues. The human health impacts of these nanoplastics are not known, but evolving research suggests they may not be benign.

The environmental health risks of nurdles were documented in a 1993 report from the U.S. Government’s Environmental Protection Agency that also described approaches for how the plastics industry could reduce nurdle spillages. Despite this, nurdles are currently not deemed hazardous under the International Maritime Organization’s (IMO’s) dangerous goods code. Through an industry-led program called Operation Clean Sweep, manufacturers can opt to follow guidelines and best practices to achieve zero pellet loss. But the program is voluntary, and there is no external check to make sure companies are complying, nor are companies required to keep or report any data on nurdle spills.

As the plastics industry continues to expand, so does the environmental problem of nurdles. It is critically important that we pressure regulatory bodies to develop and enforce policies for reducing and more effectively managing nurdle spills. To this end, The Great Nurdle Hunt, a citizen science project supported by Fidra, is mapping out nurdle pollution globally to collect the data needed to actively engage with industry and policy-makers to develop solutions to prevent further pellet pollution. In addition, individuals, communities and societies have the power to address the problem at its root cause by reducing the demand for nurdles by decreasing or eliminating our use of single-use disposable plastics.

Please note: This is a commercial profile