The climate crisis isn’t just about the environment, it’s about people 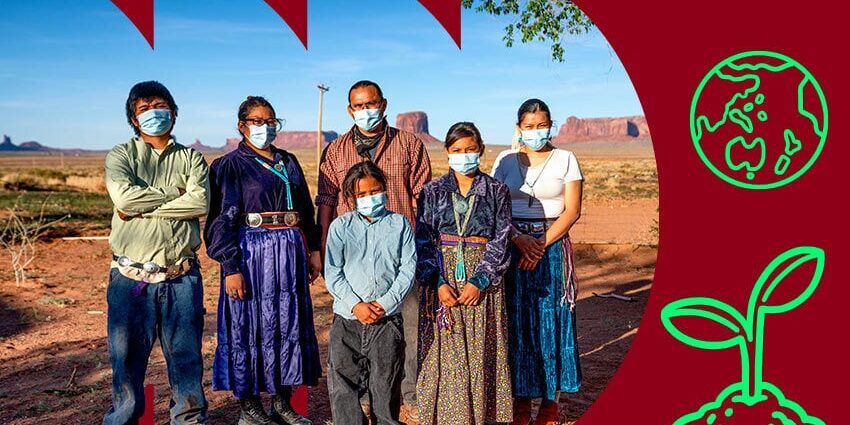 Climate change isn’t just affecting our environment, it’s having huge impacts on the wellbeing of people and culture – that’s the message from the latest Intergovernmental Panel on Climate Change (IPCC) report.

A liveable future for us depends on safeguarding and strengthening nature, according to the IPCC’s latest report, released today. It’s the second instalment of the IPCC’s Sixth Assessment Report, which will be completed this year.

Focusing on climate change impacts, adaptation and vulnerabilities, the second report emphasises the inextricable link between people and the planet. “Human and ecosystem vulnerability are interdependent,” it states.

Restore ecosystems and look after them into the future, and our lives will improve. Continue with business as usual or neglect the environment and we’re faced with poorer physical and mental health for people, crumbling infrastructure including buildings, sanitation, transportation and energy, and further widening of societal inequalities.

It’s intense reading but comes with a collaborative call to action: work together and draw on indigenous and local knowledge.

The report plumbs the depths and the heights of where climate change can have an impact. “Our world is warming and dangerous climate change and extreme events are increasingly impacting nature and people’s lives everywhere. This can be seen in the depths of the ocean and at the top of the highest mountains; in rural areas as well as in cities,” according to the working group.

So let’s break it down.

There are of course the effects a warming climate has on nature itself: animal and plant species dying out or moving polewards as temperatures rise and weather events get more extreme, and mass die-off events for particular species. Some of these losses are irreversible, the report states, and we’re already seeing the first extinctions due to climate change.

In Aotearoa specifically, the report notes that our underwater kelp forests are dwindling and at risk because of marine heatwaves, ocean acidification and hungry fish and urchins moving in as waters warm. The thought of a forest of seaweed might not instantly get your climate flag waving, but they’re really important for lots of other sea creatures as a breeding site, food source, habitat or hiding place from predators.

Then there are New Zealand’s melting glaciers, some of the quickest melters in the world. They not only contribute to sea level rise but as they recede away, they could also trigger earthquakes or landslides, and limit water supplies and inputs into hydroelectric power stations. Plus there’s the economic impact. A notable chunk of New Zealand’s tourism dollar comes from these natural wonder draw cards and, according to the report, climate change has already had an impact (Covid aside) there.

The changing climate can also affect people more directly. The IPCC report points to mental health challenges that come with warmer temperatures as well as the trauma and life disruption that come after extreme weather events like flooding.

You only have to look at February’s Westport event, or any of many floods in New Zealand’s history, to see the toll climate change takes on communities. “They’re down in the dumps, very depressed,” one Westport resident said about barely recovering from the last flood before another rolled in.

The report drives home that climate impacts are no longer just about where you live but who you are. Climate impacts are going to be concentrated among the economically and socially marginalised, it states. In many cases, that means among indigenous people.

It mirrors what we’ve seen throughout the Covid-19 pandemic, says Bronwyn Hayward, a professor at the University of Canterbury and co-lead of the cities and infrastructure chapter of the report. “While we will all experience climate change, our abilities and capabilities to respond are very different and our exposure to risk is very different. Anticipating that and acting for those communities is really crucial.”

Nicki Douglas (Ngāti Whakaue, Ngāti Rangiwewehi), who convenes Te Urunga o Kea, Te Arawa Climate Change Working Group, says that indigenous efforts to fight climate change have historically been undermined. “For generations we haven’t been able to undertake those cultural practices in a way that makes sense to us, to protect the environment and to take our responsibilities to care for that environment… yet we are the victims of that environment collapsing around us.”

Douglas points out, for example, that many marae are situated in coastal areas, vulnerable to inundation, yet plans for managed retreat need to take into account the historical, spiritual and physical links to that space.

She also notes how losing animal and plant species not only represents a loss of biodiversity but also a cultural loss. “Those species are part of our whakapapa, they sustain us. They are really important parts of our stories and oral traditions and are intimately woven into our story. In the absence of them… how do you rekindle those practices? How do you reconnect with nature? Some of those stories may be forgotten.”

Douglas also notes how some aspects of the IPCC report echo long held indigenous principles about the deep people/environment connection. “When we talk about whakapapa we’re talking about Papatūānuku, Ranginui… we’re not putting ourselves at centre,” she says.

“I think that’s a perspective that Aotearoa New Zealand could adopt: to centre our health and wellbeing of our environment and [acknowledge] that we’re part of that.”

The IPCC report also notes that climate change  – particularly the increase in number and severity of floods, droughts and wildfires that come with it – will have a disproportionate impact on farming communities in Aotearoa and Australia.

Farmers face financial costs from lost buildings, homes and stock as well as the emotional toll of dealing with debts, income insecurity and mounting pressures from environmental policy and groups. “How this affects individuals and communities will depend partly on where they are but also what else is going on, their vulnerabilities,” says Anita Wreford, a professor at Lincoln University and a lead author on the Australasian chapter of the IPCC report, noting things like debt or regulatory requirements.

And, as other climate reports have said time and time again, the solutions to climate change centre on people. This report takes that idea one step further.

Hayward says it’s not just about environmental policy any more. “It’s not all about engineering seawalls… it’s about the social policy, the social wellbeing, the income support, health and education protections and our ecosystem supports.”

And these policies need to draw on, or be based off, indigenous knowledge, the report states. In an IPCC first, the report includes contributions from indigenous groups worldwide. Douglas agrees, “We have a significant body of knowledge to draw on and we want to bring that to the table.”

Douglas says it’s important for climate change adaptation and mitigation to be iwi-driven. “It’s really being able to decide, for Te Arawa, what the solutions are, and what innovation or creation looks like, and then what’s the role of the government to support, invest and co-invest with us.”

She says that at the moment, there’s an uneven relationship between the Crown and Treaty partners, in favour of the Crown, but admits there are large reforms under way. “There are significant opportunities to shift the [colonial] paradigm, while at the same time focusing on the issues at hand.”

But the window for action is closing. Resilience and adaptation is already challenging, the report states, and will only become more challenging as time goes on. There’s been a focus on planning and not enough action.

Eyes are now on the third instalment of the IPCC report, due after April 2022, which will focus on mitigation.