Seventh Generation Keeps Speaking Up for the Environment 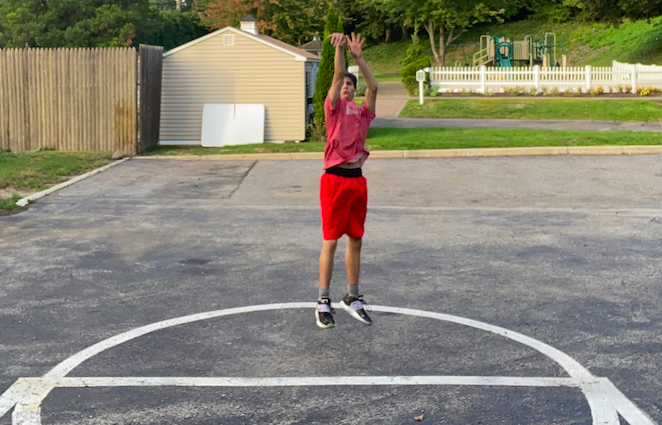 The fact that New York State funding for its 2022-2023 environmental initiatives increased from an original $4 billion to $6 billion in the final budget is all thanks, says Seventh Generation CEO Alison Whritenour, to the “tireless work” of advocacy groups like the 300-plus group coalition NY Renews, a Seventh Generation partner.

A boost for schools, but lost opportunities?

The state’s budget was finalized in early April. Climate justice measures within the budget include “green education” investments in infrastructure upgrades along with access to clean energy sources for schools in underserved communities.

Ultimately, the state’s environmental budget falls short of the $15 billion advocacy groups believe is necessary to fully fund the ambitions of New York’s groundbreaking Climate Leadership & Community Protection Act (CLCPA) that passed in 2019. Despite the funding boost, many believe it’s not enough to contend with the numerous climate threats facing the nation’s fourth-most populous state. So what does New York’s future hold, especially when it comes to climate risks?

Going forward, Whritenour tells TriplePundit, both state governments and businesses have a huge role to play in future climate funding efforts around the nation.

On climate, New York’s budget is half-full to some, half-empty to others

“This moment demands historic investments in renewable energy and environmental protection to bring us closer to a brighter, greener future,” Governor Hochul said last month while announcing the budget’s details. “Our unprecedented commitment to the pursuit of clean-energy alternatives and green infrastructure will supercharge our economy and advance our climate goals.

Not everyone shares the governor’s optimism. Prior to the budget’s finalization, NY Renews said in a statement, “The law [CLCPA] made New York a climate leader, but it requires sufficient funding to deliver a just, equitable, and sustainable state as promised.”

The group added, “NY Renews’ $15 billion proposal is proportional to the scale of funding needed to avert climate catastrophe and invest in climate justice.” Assembly member Jo Anne Simon (D-Brooklyn) said that anything less than $15 billion is a “half measure” that makes the CLCPA “just a piece of paper.”

Even with a 50 percent increase in New York’s environmental budget, much work remains to be done on the climate action front. According to Whritenour, climate pollution costs the state of New York over $27 billion every year. She adds that not only would immediate climate investments that meet the mandates of the CLCPA save the state between $80 to $150 billion over 30 years, it would lead to increased air quality, increased public transportation and energy efficiency interventions for low-and moderate-income homes.

The passage of the CLCPA hailed the now-strongest GHG emission standards in the nation, including a pathway for New York towards carbon-free electricity by 2040 and a net-zero carbon economy by 2050. The included climate funding in the 2022-2023 state budget lays out, among other initiatives, a $500 million investment to develop the state’s offshore wind supply chains and port infrastructure, as well as $500 million in clean water infrastructure funding.

Seventh Generation is a certified B Corp with a history of activism, and not only in its home state of Vermont. Though Seventh Generation and NY Renews wish the budget outcome were more favorable, Whritenour also believes New York has set a powerful precedent.

“We know first-hand from our advocacy work that states are a critical venue for policy change, with the ability to drive impact nationwide,” Whritenour says about what shapes the company’s efforts. “NY State has the 10th largest economy in the world [so] what happens in a state like New York has an impact well beyond its borders.” This includes the CLCPA’s influence on President Biden’s Justice40 initiative.

It’s critical that elected officials continue to hear from businesses who support climate policy towards a cleaner, more just future. “As a leading sustainable business, and one that does significant business in NY State, it’s critical that we speak up, and that we organize our peers in the business community to speak up with us,” she says.

As part of its partnership with NY Renews, Seventh Generation teamed up with businesses in a variety of industries, including Carbon Credit Capital, Kickstarter, Omega Institute and Uncommon Goods to write a letter to New York’s elected officials to ensure that state leaders would understand that a just transition away from fossil fuels would be good for the state’s climate, people and economy. The group also ran print ads in local newspapers across the state to help New York consumers understand how the climate funds would benefit them and their communities.

Whritenour says the current moment calls for corporate sustainability to be “table-stakes,” and that business plays a critical role in getting us out of the climate crisis. “Businesses must leverage their influence to advocate for systemic policy change, and to do that in a way that aligns with their values,” adds Whritenour.

To that end, Seventh Generation is currently working to organize the business community to provide feedback on New York’s Climate Action Plan.

“For too long members of the business community have obstructed progress on the climate crisis. Elected officials need to and want to hear from business leaders who understand and are ready to support just climate policy,” Whritenour says.