A case for MSMEs in Odisha- The New Indian Express 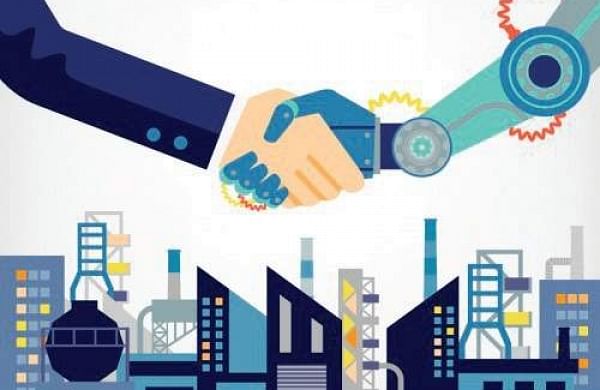 The fact shows that industrial revolutions developed markets and demand for various products that helped develop MSMEs depending on the support extended for its growth varying from country to country, state to state and from time to time. In recent times, the introduction of Artificial Intelligence, IOT, Autonomous Robotics, Augmented Reality & Virtual Reality, Big Data, Cyber-Physical System etc., are bringing in widespread changes and unleashing forces of disruptive creation in what now is called Fourth Industrial Revolution.

Further, the ease of doing business that the technology brings in and the product quality will give a complimentary push. With the coming of Industry 4.0, the work scenario in Industry will undergo a disruptive change. Repetitive, standardised and hazardous jobs will be taken over by machines. No doubt, it will make the workplace more safe and more secure.

Routine, standardised jobs etc., will vanish. New generation jobs involving creativity, innovation, complex analysis, technology management, and human value orientation will emerge. Jobs will be destroyed and jobs will be created. Though there are estimates that 50 million jobs will be lost, the apprehension of reduced job opportunities is not well-founded as countries like Japan and Germany who are ahead in the adoption of Industry 4.0 have not shown rise in unemployment.

Shift of Focus to MSMES

In a populous country like India where employment is one of the biggest challenges, and traditionally large industries are seen as major job creators, there will be a visible shift of focus from large industries to MSMEs. Under the Industry 4.0 regime, many small and non-core jobs are going to be outsourced, a huge opportunity for MSMEs to avail.

The need of the hour is precision and improvement of speed and quality which can come with MSME adopting technology compatible to Industry 4.0. For example, robots will do jobs in large industries, and cobots – a combination of robotics arm operated by a human hand – can be used by MSMEs combining engagement of labour with robotics precision and quality.

Odisha is one of the states in India to watch for its consistent industrial growth and development. However, depth in industrialisation in Odisha with Mega Industrial Cluster, Hubs, Parks are yet to come through some initiatives have already been taken.

Ease of doing business fostered by the Industry Department of Government of Odisha and its leadership at the level of Principal Secretary will be a driving force. Endowed with rich mineral resources, Odisha is fortunate to have emerged as a choice destination for investors. Big-ticket investments and existing 269 medium and large-scale industries need to develop a strong ecosystem for MSMEs to grow.

A case in hand is Vedanta Aluminium setting up a world-class Aluminium Park in Jharsuguda that will provide the required ecosystem for MSMEs to set up units and avail the opportunity offered by Fourth industrial revolution. At the policy level, Vedanta is all set to deepen digitalisation and cyber-physical systems. The way forward in partnering shown by Vedanta can be emulated by others. NALCO is already in the advanced stage for setting up its Aluminium Park in Angul.

Other companies like JSW, JSPL, Tata etc., are also planning industrial clusters and parks. There are many ways to partner with MSMEs for their sustainable growth. One such method is the cashless model wherein the industry gives raw materials to MSMEs for conversion and consumers or market the products. Another way is MSME units use the brand name of the mother industry to sell the products. Be it what it may, the contemporary time with fourth industrial revolution in offing, calls for strengthening MSMEs ecosystem to enable these units to seize the opportunities of the time and front-lead industry 4.0 is a win-win situation for large industries, MSMEs and society at large.