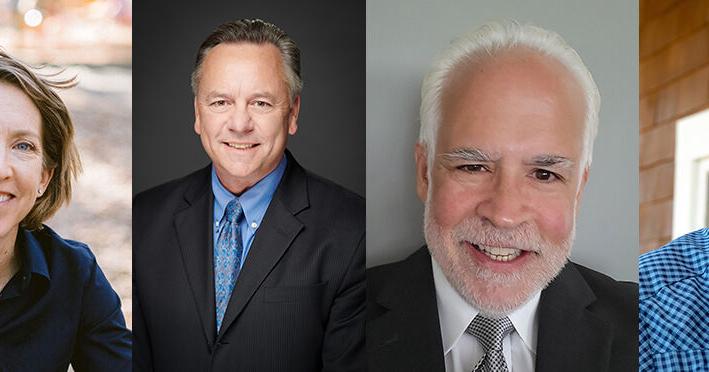 Vineyard and winery development, water and the environment are among the issues dominating the campaign for Napa County District 3 supervisor.

After a 20-year tenure, Supervisor Diane Dillon announced in January 2021 that she would not seek a sixth term in 2022, setting off a six-way contest to represent the sprawling and predominantly rural district, which includes Yountville, St. Helena, Calistoga, Angwin and Pope Valley.

Support local news coverage and the people who report it by subscribing to the Napa Valley Register.

A seventh would-be candidate, Ines DeLuna, filed some election paperwork but decided not to run in order to concentrate on her work as a Napa Valley College trustee.

All six candidates except Rios responded in writing to questions posed by the Napa Valley Register. This article, the first in a two-part series, is based on their responses to questions about vineyard and winery development, water and the environment.

A follow-up article will examine the candidates’ positions on wildfires, Measure L and housing, and their qualifications to oversee county finances.

Perez proposes a moratorium on new wineries and winery expansions to give the county time to “review the limits of our resources, including housing, water, traffic, and carbon sequestration.”

Perez is also calling for a moratorium on new vineyards in the Ag Watershed district until the county completes and approves a Climate Action Plan.

“Once we have a plan in place, the impacts of each new development project, and any proposed mitigation measures, can be reviewed more realistically as to its overall impacts,” Perez writes.

Perez also wants to extend the timing of the county’s approval process, give at least four weeks of public notice before the Planning Commission or Board of Supervisors discuss new projects, and extend the time allotted for public comment at county meetings.

Chouteau said the county should develop and implement a county-wide climate action effort and a Groundwater Sustainability Plan.

“We must incorporate climate action goals in everything we do, including urban and land use planning, housing and commercial development, transportation, energy, food and waste management, and farming and agriculture practices,” Chouteau said.

Meanwhile, the county should allow vineyards “when they are environmentally sound and turn them down when they are not,” she wrote.

Chouteau wants to update the county’s General Plan policies and zoning regulations “to address the realities of climate change, fire and drought.”

The county should also work with cities to study municipal reservoirs and collaborate with cities, landowners, local agencies and nonprofits to “educate our community on the best practices to protect sensitive habitats, ecological balance and healthy watersheds,” Chouteau said.

Cottrell said new vineyards must prove there is sufficient water available for the long term and that the new planting will not harm surrounding areas, which is “a high bar in our hillsides.”

She pointed to her experience on the Watershed Information and Conservation Council (WICC), which is tracking projects like the Drought Contingency Plan.

The county needs to do more to respond to new data about groundwater and ensure that its mitigation and monitoring mechanisms for new projects are “strong and continuous,” Cottrell said.

She said she also wants to strike a balance between “protect(ing) the original values of the Ag Preserve founders” and supporting a sustainable wine industry that relies more than ever on direct-to-consumer sales.

“We have to better understand our current resources, and how we are using and conserving those resources, and then set a plan for sustainable growth,” Cottrell said.

Hooper opposes the removal of old-growth oaks and conifers to make room for vineyards. He said vineyard applications should be evaluated based on how their water usage would affect neighboring properties that rely on the same groundwater sources.

“Groundwater assessments at the location of the proposed development may also justify a restriction on the proposed size of the vineyard or requirements to use more recycled water for operations,” Hooper said.

As for whether the county has too many wineries, Hooper said that’s a question to be addressed by winery applicants, based on the competitive business climate and any objections from neighbors that might derail a project.

“If public pressure on (capping the number of wineries) dramatically increases, I think it would ultimately have to be decided by a vote of county residents, not the Supervisors,” Hooper said.

Dunbar said decisions about vineyard and winery development should be based on the county’s existing regulations, ordinances and General Plan policies.

Dunbar opposes a moratorium on new winery and vineyard development, which he said “is tracking at or below expected rates as outlined in the General Plan,” Dunbar said.

He noted that vineyards make up about 9 percent of Napa County, and a recent projection calculated that they would reach 10 percent by 2030.

“Should the number of approved vineyard acres approach the amount estimated in the General Plan, then additional discretionary review would be appropriate to stay consistent with the adopted plan,” Dunbar said.

A Napa Valley couple has taken in a Ukrainian refugee family. Meet the Romanchenkos.

Jack Cakebread, one of the pioneers who who lead the transformation of the Napa Valley in the 1970s, died on April 26.

Farmers market customers may think of these events as a leisurely activity to accompany brunch, but for the purveyors of produce who stock the…

Napa Valley’s Miss Terri has spent decades helping others. Now she’s the one in need.

Napa Valley winery Heitz Cellar has filed a lawsuit against one of its cask suppliers, claiming the company sold them barrels that were faulty.

Brandon LaRocco has stepped down after 18 years as a teacher and football coach at Justin-Siena, including the last six seasons at the varsity helm.

The Napa County Sheriff’s Department — which contracts with the American Canyon Police Department — identified 28 pieces of equipment, and the…

What is Napa County doing as another wildfire season approaches?

Alex Slarve has just about finished up a city of Napa home that will operate entirely with solar power and batteries, and has no connection to…

Get local news delivered to your inbox!