GUNTER: Environmental racism is the latest cause for woke warriors 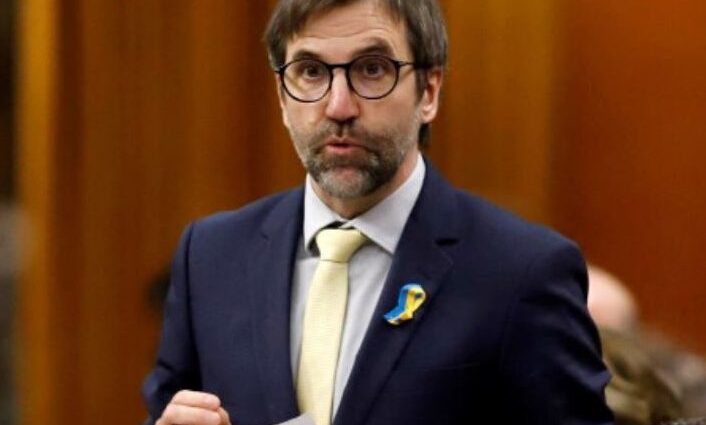 Call it the double whammy of environmentalism. Or maybe climate alarmism on steroids.

Federal Environment Minister Steven Guilbeault and the Liberal government have decided to get behind a private member’s bill being flogged by former Green Party Leader Elizabeth May that would require the federal government to “assess, prevent and address environmental racism and to advance environmental justice.”

It doesn’t matter that no one has a good definition of “environmental racism,” nor any solid way of explaining what “environmental justice” is, let alone determining how it might be measured and achieved.

(Frankly, the Green Party itself may have furnished the best example yet of “environmental racism,” with they way its national executive harangued and bullied their leader, Annamie Paul – who is black – until she could no longer withstand the pressure and resigned last fall.)

It makes the Liberals’ green crusade even more unassailable by marrying it to the notion that systemic racism is all around us. (And you know what happens in the era of cancel culture to anyone who does not conform to establishment theories on the prevalence of racism.)

Blogger Spencer Fernando (spencerfernando.com) calls this a “nightmarish combo” and predicts, quite rightly, that once May’s bill passes, the Trudeau government will start insisting opposition to their “green” plan amounts to hate speech (because it indirectly endorses racism). Additionally, “it will become ‘bigoted’ to oppose carbon taxes.”

That may sound insane. But for the legions of woke warriors, rationality doesn’t factor in.

It’s not about whether a concept can be defined or practically solved. What matters is what progressives’ opinions and indignation signal about their moral superiority to the rest of us.

That is why Justin Trudeau is the perfect “progressive.” It never matters whether his government achieves any of the many, many lofty promises it makes, only that it says all the right things about trendy issues with sufficiently gushing tolerance and compassion.

If I had to make a stab at explaining “environmental racism,” I would say it’s the belief that racialized Canadians disproportionately live close to garbage dumps, toxic waste sites, pipeline routes and mines. Therefore, they are at greater risk of health issues caused by their surroundings.

Also, the hardcore purveyors of this new hyper-woke notion insist that activities that are environmentally unfriendly (which includes nearly every human activity that earns anyone a living) cause extra social disruption for Indigenous people.

I’ve even seen accusations on social media that pipeline development amounts to the new residential schools for the damage oil and gas construction is doing to Indigenous communities.

Given that both partners in our new Coalition of Convenience – the Liberals and the NDP – support May’s bill, it will almost certainly become law.

We apologize, but this video has failed to load.

At that point, I think it is fair to worry that combined hysteria over climate change and allegations of racism will cause this government, perhaps with the blessing of Dr. Theresa Tam and the Public Health Agency of Canada, to contemplate declaring a public emergency to prevent climate change and end environmental racism.

That may sound farfetched, but remember this is a government that used the Emergencies Act to suspend all Canadians civil liberties and turn Canada’s banks into a government weapon, just so they could clear bouncy castles from downtown Ottawa.

And the Liberals remain so ultra-frightened by COVID that they continue to enforce a mask mandate in federally regulated jurisdictions even after the rest of the democratic world has moved on.

It’s not that hard to imagine the Liberals giving serious consideration to imposing extraordinary measures to deal with what they imagine are the twin scourges of climate alarm and belief in systemic racism.

From our newsroom to your inbox at noon, the latest headlines, stories, opinion and photos from the Toronto Sun.

Thanks for signing up!

A welcome email is on its way. If you don’t see it, please check your junk folder.

The next issue of Your Midday Sun will soon be in your inbox.

We encountered an issue signing you up. Please try again