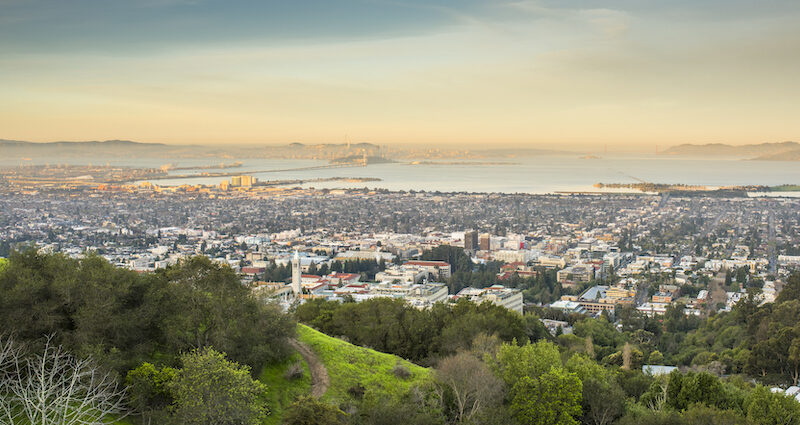 Litigation over a state environmental law highlights both potential abuses and opportunities for reform.

In recent years, one California statute has been used to fight the construction of homeless shelters, block denser urban housing, delay solar projects, and challenge a public transit proposal designed to benefit over 52,000 daily riders.

Earlier this year, the same state statute made the news when it barred the enrollment of over 3,000 new students at the University of California, Berkeley.

Lawmakers originally intended this law—the California Environmental Quality Act (CEQA)—to benefit people and the planet. But in the fifty years since California’s adoption of CEQA, its environmental review requirements may have also been used by non-environmental groups to fight sustainable and equitable development. Increasingly, some critics insist that reforms are needed to restore CEQA to its original intent.

In 1978, the California Supreme Court held that because CEQA affords “the fullest possible protection to the environment,” both private and government projects require impact assessments. If concerned individuals or organizations believe that the environmental review of a project under CEQA is deficient, they may sue the government agency responsible for leading the review process.

Many environmentalists argue that CEQA promotes environmental oversight with relatively little legal drama. One analysis of 54,000 projects submitted for CEQA review found that “just 0.7 percent faced litigation—an average of less than 100 proposed housing developments per year.” Legislative changes to CEQA, which have streamlined the review of projects that promote housing density, enhance public transportation, or otherwise align with state goals, may also have reduced the law’s strain on cities and businesses.

A study by the law firm, Holland & Knight LLP, found that over a three-year period, only 13 percent of CEQA lawsuits were brought by groups with a prior record of environmental advocacy. Such lawsuits are viable because CEQA grants nearly any individual, group, or corporate entity standing to sue if “beneficially interested” in a project. Courts have determined that interested parties may also assert a “public interest in environmental quality.”

This broad standing requirement allows unexpected litigants to mount CEQA suits. For example, in 2011, the California Supreme Court held that a coalition of plastic bag manufacturers had standing to challenge a local plastic bag ban under CEQA, due to the coalition’s vague claim that “public rights were at stake.”

The state’s permissive approach to who has standing to sue under CEQA contrasts starkly with federal courts’ approach to litigation under environmental statutes such as the Clean Water Act and the Clean Air Act, where plaintiffs must show that they suffered “actual or imminent” injury from pollutive activities.

In court, many non-environmental groups insist that they are using CEQA to combat urban sprawl and protect open green space. But CEQA filings indicate that “CEQA litigation is overwhelmingly used in cities.” Eighty percent of anti-development lawsuits filed under CEQA target infill projects, which seek to increase housing in preexisting urban areas by developing vacant lots or blighted neighborhoods.

Critics also maintain that CEQA abuse extends beyond housing and land use issues. In recent months, the California Supreme Court’s application of CEQA to block student enrollment at the University of California, Berkeley, has drawn scrutiny to the law’s potential impact on educational equity.

In the lawsuit, a neighborhood anti-development group sued under CEQA to stop the University from expanding its enrollment and increasing construction of faculty housing. A lower court agreed that the University’s environmental impact report failed to address the proposed expansion’s effects on local traffic, noise, trash, and emergency services. As a result, over 3,000 students who were accepted into the University will not be able to set foot on campus this fall, and the school will lose an estimated $57 million in tuition. Earlier this month, the California Supreme Court rejected the university’s petition to stay the lower court decision.

The Berkeley lawsuit has prompted the latest attempt to reform CEQA, with state lawmakers proposing a bill that would exempt public universities from CEQA requirements.

The school-specific nature of this proposal, however, demonstrates a crucial facet of CEQA reform efforts to date: They have been piecemeal and reactive.

For example, when groups began suing under CEQA to block homeless shelters, the state legislature passed a narrow law that now exempts such centers and similar projects within the city of Los Angeles from CEQA review. Likewise, in reaction to the state’s housing crisis, the legislature adopted carveouts that allow limited review of pro-density projects. Lawmakers also have granted ad hoc exemptions for specific causes, such as when they exempted the Sacramento Kings’ basketball arena from CEQA to prevent the sports franchise from leaving the state.

But few, if any, CEQA reforms have moved beyond targeted exemptions to address what some observers say are the root causes of CEQA abuse: the basic elements of CEQA that fail to support the law’s environmental goal, such as how the statute enables groups without environmental interests can sue under the law.

One proposed reform would target groups formed in direct protest against a particular project. Under this reform initiative, such groups would only have standing to sue under CEQA if all of their members satisfied individual standing requirements under the law. This would amount to a showing that they are directly affected by the project that they are challenging; furthermore, the change would place limitations on the nebulous “public interest” standing doctrine that had been invoked by the plastic bag coalition.

Another proposed reform would require all entities bringing CEQA lawsuits to “disclose their identities” and financial interests in full, enabling courts to scrutinize whether groups are motivated by purely non-environmental goals.

Due to the political challenges that confront any attempt at lawmaking in California, and the complex nature of CEQA itself, comprehensive reform remains elusive. But to preserve CEQA’s integrity as an environmental safeguard, the state legislature may want to focus on addressing CEQA’s role as a point of entry into the legal system for non-environmental groups.