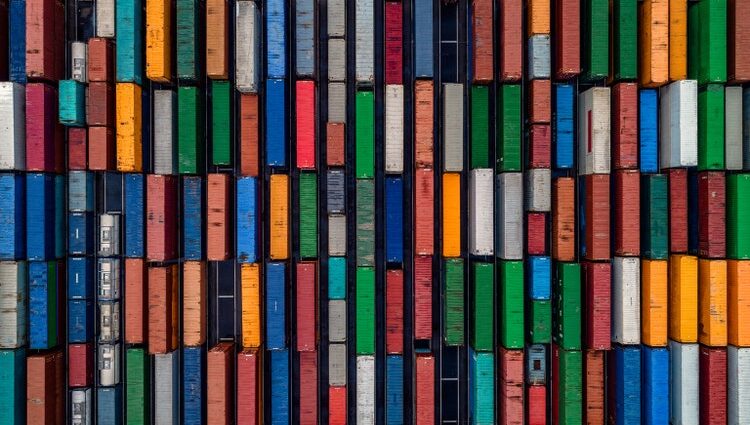 It has now been exactly one year since we initiated a bullish position on Triton International Limited (NYSE:TRTN). Our initial thesis was based on the idea that Triton was a neglected vehicle to profit from the supply chain hurdles at the time. Similar to companies in the shipping industry that have been benefiting from logistical bottlenecks, like Danaos Corp. (DAC) and ZIM Integrated Shipping Services Ltd. (ZIM), Triton has also been enjoying heightened leverage during the current trading environment, resulting in elevated earnings and amplified shareholder value creation.

Since then, the stock’s performance has been very pleasing. Shares have gained over 22% over the past year, beating the S&P500 by a wide margin, while the company has been rewarding us with growing capital returns and a ~4% yield.

On Tuesday, Triton published its Q1 results, posting another quarter of record net income, growing book value, and a strengthened fleet profile that is set to continue generating robust cash flows over the next several years.

Further, while the stock has indeed overperformed, its financials and overall position have actually improved at an even better velocity. This has resulted in Triton remaining quite undervalued, in our view, despite its year-over-year gains. With shares currently close to 9% off their 52-week highs, Triton poses an attractive opportunity both for investors who have stayed on the sidelines and for those looking to add to their positions.

Today, We Are Looking At The Following Topics

Triton’s Q1 results came in quite strong, beating consensus bottom-line estimates once again. Revenues rose 20.3% to $417.1 million, while adjusted net income was $179.6 million or $2.76 per diluted share. This indicates an increase of 44.5% year-over-year and a 3.4% increase sequentially.

Note that Triton had placed $3.6 billion worth of container orders last year, leading the company to expand its asset base by 30%. Revenue growth was more undersized than asset growth, only due to the growth in the finance lease portion of Triton’s fleet and the way finance lease payments are realized.

As I mentioned, we initially went long on Triton as the company was one of the beneficiaries of the supply chain crisis at the time. While everybody assumed that supply chain bottlenecks would ease following a post-pandemic recovery, it has hardly been the case. China’s strict recent lockdown measures have led to a significant backlog of cargo and container ships standing by Shanghai’s port.

But the situation is not limited to China! Container dwell times in L.A. remain at elevated levels. In fact, supply chain tensions are rising both in China and the U.S.

And while containership TCE rates have somewhat retreated lately, they remain around double last year’s levels and five to sixfold their historical averages.

Consequently, container lessors such as Triton continue experiencing robust operating leverage. You can evidently see the results of the current market conditions in the following graphs Triton has provided. In short, increased demand for goods and logistical hurdles keep boosting container demand, as we have already established.

As the bottom right chart reaffirms, despite hopes of an improving situation in the ports, there is yet a near-record number of container vessels waiting off the U.S. West Coast and Shanghai to unload their cargoes. As management noted during the post-results conference call, there is a possibility for further disorder on the West Coast as vessel obstruction ping-pongs back and forth between Asia and the United States. In fact, Triton is hearing from its customers that these bottlenecks will absorb significant capacity for some time, and in a surprising way. Consequently, we expect utilization levels to remain sky-high in the short-to-medium term.

Going in a little further, while dry container production in 2021 has eased container shortages, overall availability remains tight. The chart on the left illustrates container production, and although there has been relatively strong building activity in the first quarter, levels are still below last year’s pace. In the charts on the right, you can see that while the amount of available container factory inventory is on the rise as a percentage of the global fleet, it’s still lower than normal at 1.5%. Further, there are next to no depot units available. Again, as a result, Triton’s utilization rates are to remain maxed out.

Fortunately, we don’t have to speculate whether Triton’s utilization will remain sky-high. The company has taken advantage of the ongoing supply chain situation to set itself up to benefit for years to come.

As a reminder, the leases signed on Triton’s acquired containers last year (the 30% growth in its asset-based, as we mentioned earlier) feature an average duration of 13 years.

With lessees hustling to reserve a sufficient amount of containers, Triton has capitalized on their suffering to lock in outlandish (for the industry) long leases. Specifically, Triton’s average remaining lease duration currently hovers at 79 months (6.6 years). In the previous quarter, this figure stood at 78 months. This illustrates that demand for containers moving forward remains highly elevated, as the company was able to secure leases even further into the future (even if that was by just an additional month ahead).

Thus, Triton’s record profitability has not been temporarily boosted by the current market environment but is, in fact, set to remain at record levels moving forward.

On the left of the above chart, you can see how Triton locking its leases at sky-high rates has resulted in record leasing margins as its older contracts roll into the new ones. On the right, you can see why Triton’s record profitability is to be sustained, as well. Specifically, the portion of Triton’s asset portfolio made up of long-term leases has risen from 82.5% at the end of 2020 to 88% currently. Further, the company’s average effective interest rate remains at very attractive interest rate levels due to the refinancing activities that took place over the last two years. Hence, we establish that the combination of attractive long-term leases and cheap long-term financing will ensure high levels of leasing margins, and thus profitability, for years to come.

With Triton’s net income levels set to remain lofty, we continue to expect increasing capital returns in the medium term, driven by robust cash flow visibility and adequate affordability. The company hiked its quarterly dividend by 14% back in October. Based on a payout ratio of close to 25% (Adjusted EPS for the year expected to land close to $10.74), dividend growth is likely to be sustained in the double digits.

Based on Triton’s current stock repurchase pace and the ~4% dividend yield, the combined shareholder yield exceeds the double digits!

At $63.51, Triton is currently exchanging hands at around 5.9 times this year’s adjusted net income while employing a quite conservative adjusted EPS estimate. Combined with all of the points made in this article, as well as the stock’s substantial capital return yield, we believe Triton remains significantly undervalued.

Even if we were to utilize a conservative, fair multiple of 8.5X adjusted EPS, that would point to an upside of 45%+. In that case, the stock would have to trade north of $90, which we have set as a prudent price target for the stock.

During the current environment of heightened uncertainty and volatility in the market, few companies combine such a robust capital return profile, medium-term cash flow visibility, and ample upside potential. Thus, Triton remains a Strong Buy, in our view.