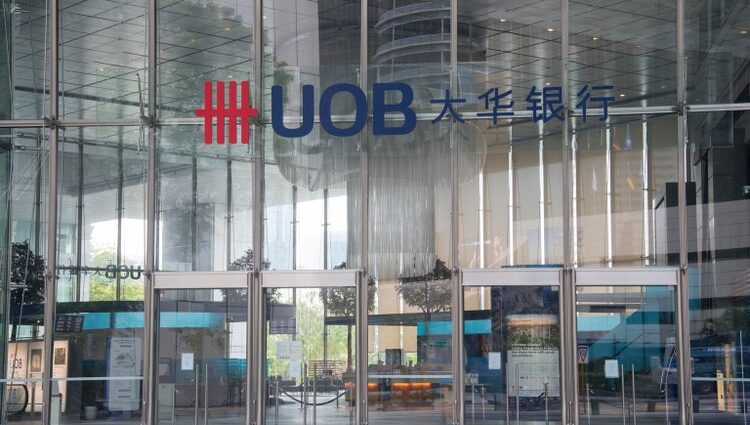 The financial environment today is unlike anything we’ve seen before. Inflation is running at a 40-year high, the global supply chain is in chaos, and the biggest war on the European continent is still ravaging on. Facing such a crisis, investors like me and you are looking hard for safe havens to preserve the value of our hard-earned savings.

For billionaire investor Paul Tudor Jones, who famously called the 1987 stock market crash, his advice to investors is to stay out of the US market. He said, ”You can’t think of a worse environment than where we are right now for financial assets… Clearly, you don’t want to own bonds and stocks.”

In fact, the US bond market just experienced its worst quarterly loss in 40 years while the S&P 500 Index suffered its worst April month in over 50 years. Recently, investors are beginning to look at overseas markets for safe-havens.

Such a fund outflow makes economic sense. The US makes up 62% of the world’s market cap, while its economy is just 26% of the global economy. In contrast, emerging economies comprise 11% of the world’s market cap, but occupy an economic pie of 35%. That is a massive under-allocation. Some of the world’s biggest funds, such as Goldman Sachs Asset Management and BNP Paribas Asset Management are now switching towards emerging market equities to take advantage of their discount valuations compared to their US counterparts. But the question lies: which emerging economy would be the best pick?

In choosing between the Singapore and Indonesia markets, we chose Singapore for its reputation amongst international investors: a global business hub, the most competitive city in Asia, and a top AAA credit rating from S&P. Furthermore, the total market capitalization of Singapore’s stock market is also 1.3 times larger than Indonesia’s. As Singapore significantly eased COVID-19 restrictions on April 22, its economy is set for a comeback: Barclay’s senior economist expects a 7-8% rise in GDP as mobility and international travel resume. For these reasons, we believe that Singapore stocks are highly investable.

Next, we will look at the major constituents of the Singapore Straits Times Index to identify favorable industries and thereafter which stock to invest in. Banks take up the largest segment, occupying 42% of the index’s weighting, followed by real estate firms at 23%, and manufacturing at 13%. Given the high-inflation environment we are currently facing, the real estate and manufacturing industries are not ideal investments. Property developers will soon face higher financing and materials cost while manufacturers suffer from supply chain disruptions and record energy prices.

The silver lining in this unprecedented inflation climate would be the banking sector. As inflation surges, tighter monetary policies would be implemented and subsequently, interest rates will rise. Much as higher milk prices are good for dairy farmers, higher interest rates are music to bankers’ ears. When interest rates increase, banks are able to earn more from the spread between the interest they pay to depositors and the interest they earn on loans and investments. Additionally, during turbulent times, profits from investment banking operations will tend to increase. As such, the banking sector is a top pick to weather the inflation storm.

Readers may ask us: what is the difference between Singapore and US bank stocks? Glad you asked! In the United States, one in four economists surveyed by Reuters believes that the US will experience a recession this year. In contrast, Singapore’s economy is set to benefit from its reopening and that of its neighboring Southeast Asian countries. Banks stocks are very cyclical: falling significantly during a recession as consumers are unable to pay-off their mortgages and demand for new loans plummet. Therefore, investors should stay away from investing in US banks where the risk of recession runs up to 38%. Meanwhile, Singapore banks are poised to benefit from the regional reopening and the economic rebound.

Whilst there are over 200 banks operating in Singapore, 3 major players dominate the city state: Developmental Bank of Singapore (OTCPK:DBSDY), Oversea-Chinese Banking Corporation (OTCPK:OVCHY), and United Overseas Bank (OTCPK:UOVEY). Singapore’s largest bank, DBS reported FY2021 net profits that grew by 44.1% year-on-year (y-o-y), OCBC achieved 35.5% y-o-y growth and UOB hit 39.8%. A common contributor for the 3 banks’ stellar results was an increase in net interest income, which was led by loan growth and improvement in margin. We note that UOB exhibited the highest loan growth while DBS had the biggest profit jump.

Another piece of good news for income-seeking investors is that dividends have rebounded to pre-pandemic levels, DBS has a dividend yield of 3.5%, OCBC yields 4.5% and UOB yields 4.0%.

Next, when it comes to valuations, DBS’s market cap is almost double that of its 2 smaller peers. But when we look at forward P/E and P/B ratios, we see that DBS is by far the most expensive bank of the three as it is trading at 11.87 times earnings and 1.58 times book value.

Lastly, we discuss the growth opportunities for the three Singapore banks. DBS, armed with a strong balance sheet, is actively involved in mergers and acquisitions. Last year, it acquired Indian lender Lakshmi Vilas Bank (LVB) and merged it with DBS India to further expand into India’s massive unbanked population. This year, DBS announced it is acquiring Citigroup’s consumer banking business in Taiwan, a move that will accelerate DBS Taiwan’s growth by at least 10 years and make it Taiwan’s largest foreign bank.

At the same time, UOB has agreed to acquire Citigroup’s consumer banking franchise in not one, but 4 countries: Indonesia, Malaysia, Thailand and Vietnam. Such a big step forward enables it to rapidly scale up its business in 4 key regional markets at once, solidifying its position as a leading regional bank.

In contrast, OCBC has not announced any acquisitions yet, but its high capital levels provide it with up to $7 billion in excess funds for future acquisitions. For now, OCBC remains focused on accelerating digital transformation and supporting ASEAN-Greater China investment flows.

One common growth outlook amongst the three banks is the optimism of net interest income (NII) uplifts as the US Fed tightens monetary policy. UOB is predicting to see NII expansion starting in the 2nd half of 2022 and continue to 2023 and 2024 with the up-cycle in interest rates.

From the 3 tables above, we see that UOB is the top-performing stock in loan growth and net interest margin, has the second-highest dividend yield, as well as a moderate valuation ratio. Furthermore, it has a more aggressive growth strategy compared to its peers, acquiring Citigroup’s consumer banking franchise in 4 different countries. If the integration is successful, it could yield significant revenue and earnings growth for UOB in the near future.

With US inflation and recession risks running high, billionaire investor Paul Tudor Jones cautioned investors to stay away from US stocks and bonds. As an alternative to the NYSE and Nasdaq, we have looked at stocks on the Singapore Straits Times Index – the best performing emerging market index this year. We believe that Singapore’s banking sector stands to benefit from the US Federal Reserve’s interest rate hikes, which would improve their net interest income. Another favorable factor is the regional trend towards economic re-opening, which would benefit the number of new loans. We outlined 3 Singapore banks as potential investments: DBS, OCBC and UOB. As we compared their financial performance metrics and growth opportunities, we ultimately settled on UOB as our top stock pick for a high-inflation environment.

Before we end off, we’d like to point out to US-based investors interested in buying shares of Singapore banks, that you can purchase them through buying American Depository Receipts (ADR), the tickers are shown below.