Energy Transfer: My Top Pick For This High-Inflation Environment (NYSE:ET) 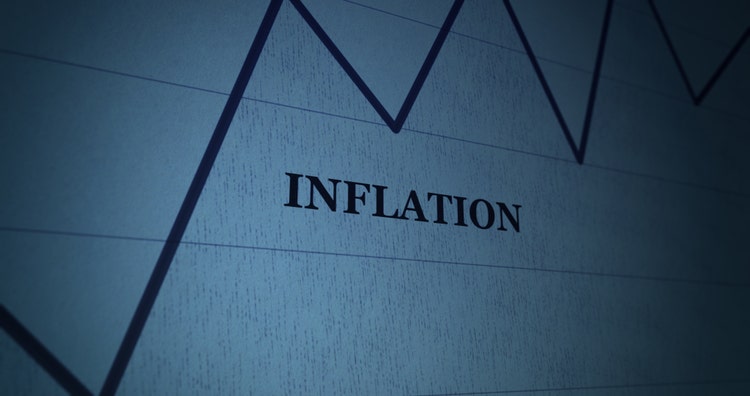 It is no secret that inflation is raging at a pace not seen in decades. In fact, U.S. inflation – which some leading businessmen like Elon Musk claim is much worse than is being reported in the official CPI numbers – has hit four-decade highs at over 8.5% year-over-year:

With soaring costs squeezing consumer pocketbooks and driving input costs higher for businesses, businesses that are benefiting from the current state of the economy are the exception rather than the rule. Even harder is finding businesses that are currently undervalued, have a healthy balance sheet, solid long-term business prospects, and are beneficiaries of soaring inflation. That said, we believe we have identified such a business in Energy Transfer (NYSE:ET).

In this article, we will detail five reasons why we believe it is poised to continue outperforming in the high inflation environment along with some of the risks to the thesis.

As the chart below illustrates clearly, the energy sector has proven over time to be the strongest inflation hedge there is, crushing gold and other precious metals, agriculture, and industrial and other commodities by a considerable margin:

In the current environment demand for energy is rising with the re-opening of the global economy as COVID-19 headwinds recede, global energy supply chains are being strained by increased regulation and restriction in the United States, and sanctions and other conflict-driven disruptions are interfering with the flow of energy from Russia. As a result, energy prices are being driven even higher than normal in an inflationary environment with no end in sight.

This obviously bodes well for ET’s unit price as it has proven to be highly correlated with energy prices in the past. For example, since the beginning of 2007, ET has seen a very close correlation with the energy sector (VDE) especially when compared with its relationship to the S&P 500 (SPY).

Even more importantly from a long-term perspective, rising energy prices help ET’s fundamentals as it strengthens its customers’ balance sheets – thereby improving the security of its contracts – and generally incentivizes greater production which in turn increases demand for its midstream infrastructure. Additionally, higher commodity prices provide a nice boost to its optimization and marketing businesses, impacting the ~10% of its expected 2022 adjusted EBITDA that is commodity price sensitive.

On top of that, the current environment is bullish for ET’s export-oriented assets because the demand for U.S. energy exports is increasing with increased demand in Europe due to the supply disruption on the continent in the wake of the war with Russia and ET has also recently signed numerous deals, including one with South Korea.

ET is also poised to handle inflationary headwinds better than some might expect as the business model has become increasingly efficient thanks to management’s keen focus on operational efficiencies during the leaner days of COVID-19. As management stated during the Q4 2020 earnings call:

As we discussed on previous calls during 2020, we implemented cost reduction measures throughout our corporate offices and field operations. For full-year 2020, we achieved G&A and OpEx savings of over $500 million. We expect about $300 million to $350 million of this to be reoccurring in 2021.

Many of these savings are continuing today and are likely even greater due to inflationary pressures.

Another big reason why inflation should provide a boost to ET is that its pipeline contracts are linked to indexes that should cause a material boost to cash flow in the coming months. On the Q3 2021 earnings call management stated:

In most of our contracts, certainly, in all of our liquid contracts around our transportation and fractionation and around our crude contracts, we have an index. It’s typically a FERC index… next July we expect that to move up significantly. We’ve heard as much as 5% or 6%, and we do have those increases in the vast majority of our rig contracts as well as in many, if not most, of our gas contracts. So we do have, whether it’s the CPI index in our gas contract or the FERC index and our liquid contracts, we do have that in the majority of those, and we’ll benefit from — or at least not be harmed by the inflationary growth in costs.

One of the biggest reasons why tech stocks have crashed so hard over the past year is that rising inflation pressures companies that lack strong profitability and high dividend payouts. This is because when calculating the net present value of an investment, future cash flows are discounted back to the present. When inflation rates and interest rates are higher, the discount rate used is generally higher. That means that cash flows anticipated to come in well in the future are worth significantly less than cash flows expected to be received in the near term.

In contrast, ET is the epitome of strong cash flows along with high distribution payouts to unitholders today. It boasts a 19.2% distributable cash flow (i.e., “DCF”) yield at the current unit price along with a forward distribution yield of 6.73%. Even more appetizing is management’s remarks that imply continued distribution hikes in the coming quarters until the payout reaches an annualized rate of $1.22, which would be good for a 10.5% yield on the current unit price. As a result, ET’s intrinsic value – with its promise of massive cash flow today – is much more resistant to rising inflation and interest rates – than many other investment options in the market today.

Last, but not least, ET’s valuation remains discounted relative to its history as well as relative to investment grade peers.

As a result, it enjoys a meaningful margin of safety against rising interest rates which could result in yield expansion and multiple compression in the stock market at large.

While the bull case for ET is very clear-cut and quite compelling in our view, there are some risks to keep in mind here.

First and foremost is the fact that ET has a poor track record of generating unitholder returns. Despite the fact that founder and Chairman Kelcy Warren owns a large amount of units and regularly adds to his position, the common equity unit total return has lagged the midstream sector (AMLP) in recent years:

This underperformance is largely due to ill-fated acquisitions and growth projects that have generated a lot of negative headlines for the partnership while also eroding returns on invested capital.

Additionally, units saw a massive 50% quarterly distribution cut during 2020 as the balance sheet had become overleveraged due to heavy capital spending and underwhelming returns on that spending.

Concerns that management may part from its current course of aggressively paying down debt and growing the distribution also linger thanks to Mr. Warren’s 2021 comment that:

I want to buy someone

in reference to a chemicals and plastics business. While such a transaction could wind up being accretive for investors, ET’s track record here is not good and investors fear that this could be yet another setback to their hope of seeing ET finally become a low-leverage, high-yielding reliable income growth investment.

Finally, concerns about the hydrocarbon energy industry and MLP structure of ET continue to weigh on unit prices. Between the cumbersome (for some) K1 tax form that the partnership issues to unitholders every year at tax time, the increasing aversion to investing in hydrocarbons fueled by the meteoric rise of ESG investing in the United States, and the common perception on Wall Street that demand for hydrocarbons will decline substantially as the world becomes increasingly electrified, there is a real flight of capital from the midstream MLP sector that has left multiples quite low. ET in particular has been hit hard by the ESG movement given its status as a bit of a political lightning rod thanks to Mr. Warren’s close relationship with prominent Republican politicians such as Donald Trump and Rick Perry and ET’s numerous confrontations with environmentalist and Native American activist groups over its pipeline projects.

ET is far from a risk-free investment and certainly has a checkered past. However, between the bullish environment for energy, its increasingly lean business model, inflation-linked contracts, robust cash flow generation, and heavily discounted valuation, it appears poised to continue crushing the market in the current high inflation environment.