Managing the Lifecycle of Plastics 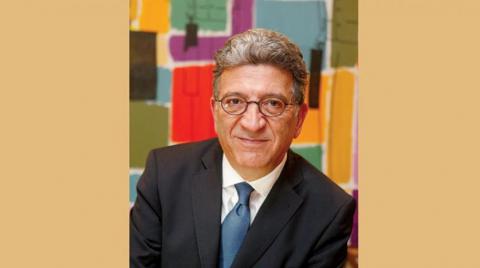 The coronavirus outbreak brought back the plastic waste dilemma to the forefront. Although the overall amount of waste decreased during the past two years due to lockdowns and the decline in economic activity, the consumption of single-use medical equipment and utensils, such as face masks and gloves, in addition to lab and home testing kits, increased exponentially. A recent British study estimates that the home testing kits used around the world during one year only are the size of 1,200 Olympic swimming pools, and can fill 12 million bathtubs.

Some of this plastic waste ended up in incinerators and landfills, whereas the rest went directly to random dumps, causing land and sea pollution. While these plastics were treated as dangerous and toxic medical waste, it turned out later that they could largely be recycled and re-manufactured to make other useful tools, because the virus was found to be mainly air borne and not transmitted by touch.

What is required is not to ban the use of plastic materials altogether, but rather to manage their production, use, recycling, and the appropriate disposal of waste. It is not surprising that the production of plastics doubled in recent decades, because of their beneficial uses. They are light in weight, low in cost, help to preserve food, provide thermal insulation in buildings, and enhance the efficiency of cars, by reducing their weight when replacing metal parts. Expansion in uses of plastics has caused production to double over the last two decades from 234 million tons to 460 million tons per year. However, the amount of plastic waste increased at an even greater rate during the same period, from 156 million tons to 353 million tons annually. That was because recycling did not keep pace with the increase in production, as it was limited to 9 percent of plastic waste, while 19 percent of it ended up in incinerators, 50 percent in landfills, and the rest was buried at random dumps or burned in open air.

Poor management is the main cause of 22 million tons of plastic waste released directly into nature every year. The quantities of plastic waste accumulating in rivers, lakes and oceans currently amount to 150 million tons. Therefore, it is necessary to quickly start cleaning landfills and rivers, to prevent the intrusion of more plastic wastes into seas and oceans. The longer the delay, the greater the dangers of plastic waste, as it transforms into micro particles that are difficult to collect, not to mention that those are the most harmful to health. In addition to harming human health, poor management of plastic leads to damaging wildlife and natural systems, as well as economic losses resulting from the impact of plastic waste on the deterioration of marine life, causing fishermen to lose their livelihood, and destroying coastal tourism due to beach and sea pollution.

The interest in plastic pollution has increased in recent years, and several countries have begun to take practical measures to improve its management and mitigate its environmental impact at all stages, from production to use and recycling. Among the most important contributions in this field is a recent report issued by the Organization for Economic Co-operation and Development (OECD) entitled Global Plastics Outlook: Economic Drivers, Environmental Impacts and Policy Options.

The OECD report concludes by proposing a solution based on four tracks, the first of which is to open markets for reused plastics, which requires imposing taxes and offering incentives to make recycling a rewarding process. One possible measure is to extend the responsibility of manufacturers to cover the entire life cycle of their products.

The second track is based on encouraging innovation in the stages of manufacture, use and recycling. It is ironic that with the increase of patents in the plastics industry by threefold in 30 years, those related to recycling technologies and reducing waste and pollution did not exceed 1.2 percent of the total. The third track calls for national policies to improve plastics management, from demand control to design improvement. This leads to reducing the amount of waste by extending the period of use, in addition to charging fees on plastic waste, and building modern treatment centers, with a legal framework to ensure proper disposal and treatment.

In its fourth track, the OECD report focuses on international cooperation, starting with developing policies and laws that include all countries, because plastic waste is a cross-border problem. But the report also calls for assistance to poor countries, in the range of $28 billion annually, to tackle the problem of plastic pollution, from production to use, recycling and waste treatment. Ultimately, the solution lies in the proper management of plastic and not in banning its production and use. What should be banned, however, is single-use plastic, which Abu Dhabi recently announced it was doing starting June 2022.

It is true that government policies are necessary to bring about positive change at the public level, but certain visionary individual initiatives sometimes precede governments. In the medical plastic waste sector, we know of two pioneering examples. Dr. Mahdi Budayr, a US surgeon of Lebanese descent, has been collecting plastic waste with his team from their hospital in Tennessee, sorting it and sending it for treatment. His initiative has motivated many health centers to launch similar programs, especially among medical students and health care workers. Budayr explains that the operating room is not the only source of plastic pollution in hospitals; other sources include patients’ rooms, offices and the cafeteria, as all use plastic utensils, single-use trays, plates, dishes and cups. So, every corner of a hospital is practically a source of environmental plastic pollution.

While Dr. Budayr’s initiative has remained voluntary, Dutch surgeon Dr. Joost van der Sijp turned his initiative into a private recycling company, Green Cycle. The company collects used plastic instruments from hospitals, sorts them according to their components, and recycles most of their parts. Green Cycle has also required manufacturers of medical equipment to use separate detachable parts, so that recyclable components can be easily separated from others. While Dr. van der Sijp continues to work as an oncologist and lecturer on sustainable surgery at Delft University in the Netherlands, his company continues to expand globally, breaking new grounds in medical plastic waste management.

What Dr. Budayr in the United States and Dr. van der Sijp in the Netherlands are doing proves that sustainable plastics management is attainable, provided planners and practitioners have the will to take bold initiatives. But proper management starts with reducing plastic waste generation.

Najib Saab is Secretary General of the Arab Forum for Environment and Development- AFED (www.afedonline.org) and Editor-in-Chief of Environment & Development magazine (www.afedmag.com).