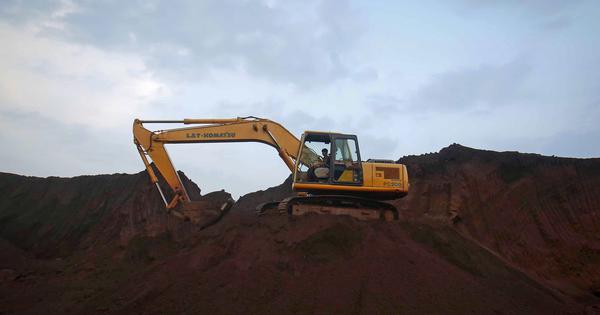 A judgement by the Supreme Court allowing granting of an environmental clearance “in exceptional circumstances” after an industry has already been set up, rather than before the fact, creates a situation wherein a fine is being used to compensate for environmental damage rather than the law preventing adverse impact, setting a bad precedent for environmental law in the country, experts have told IndiaSpend.

The court was hearing an appeal filed by Pahwa Plastics Pvt Ltd against an order by the National Green Tribunal to stop the operation of the chemical manufacturing unit of Pahwa plastics in Haryana for failing to obtain prior environmental clearance.

According to the court, obtaining an environmental clearance after a project may invite fines, but legal experts say this creates an inverse situation where a fine is used to compensate for environmental damage and redress these situations.

“Environmental law is founded on precautionary principle, which states that before any industry begins, one must assess what the environmental impact is going to be, account for it and navigate it,” said Arpitha Kodiveri, postdoctoral research scholar in environmental justice issues at the New York University School of Law. “But with ex post facto, it seems like an afterthought. It is like giving an industry a smooth road to begin work saying that if you need to apply for clearance, we will ex post facto grant it.”

IndiaSpend reached out to the environment ministry on April 27 for their views on the legality of ex post facto environment clearances. The story will be updated after a response.

Why it is dangerous

But both the 1994 and 2006 notifications talk of environment impact assessment to be held prior to the commencement of the project, not post the commencement of project, said Rahul Choudhary, a Supreme Court advocate and founding member of the Delhi-based Legal Initiative for Forest and Environment.

“Prior environmental clearance is based on scientific information and analysis of possible risks to human health and environment before the project is done, even if those risks are tentative,” said Stellina Jolly, associate professor at the Faculty of Legal Studies at South Asian University in Delhi.

The prior Environmental Clearance under the Environment Impact Assessment notification of 2006 includes a systematic process, such as screening of the project, scoping, where the experts committee asks the project proponents to address concerns, public consultation for certain projects, and appraisal of the project.

“Ex post facto clearance, on the other hand, negates the due diligence that is required for prior clearance,” added Jolly. “For instance, if you have to change a location because the land is unsuitable or leading to conflicts, you cannot do it because the project has already commenced.”

The fear regarding ex post facto clearances is also that it weakens the public consultation process, which is mandatory for an environment clearance, experts tell us.

“Public participation is one of the most important sites where dissent can be articulated, where decisions of the state can be scrutinised and the state can be informed of what harm that decision is going to have on communities,” said Kodiveri.

“Ex post facto almost seems to eliminate public participation,” said Kodiveri. One of the reasons that this change is being brought in is because of the desire for speed in environmental decision making, she explained, adding that if ex post facto clearance is possible, then consent is implicit and it is assumed that the community is okay with it. “When the state decides to go ahead with a project despite public participation, then the communities are left to go to court, which is a much more long drawn process.”

In 2014, a National Green Tribunal bench headed by Justice Swatanter Kumar declared the two memoranda as contravening to the provisions of Environmental Impact Assessment of 2006.

“The entire mandate of prior Environmental Clearance has not only been diluted but completely rendered infructuous or ineffective by issuance of these impugned Office Memoranda,” the court’s judgement noted. Therefore, the Office Memoranda stated to be ‘guidelines’, are potently destructive of the Notification of 2006,” the judgement added.

But, again, in March 2017, as a one-time measure, the environment ministry came out with a notification to regularise projects within six months that started construction or undertook expansion without prior environment clearance. In its press release, the ministry also noted the reason why it was opening up a one-time window, because in the past the National Green Tribunal had quashed the office memorandum that had introduced an ex post facto environment clearance.

At the same time, in another 2017 case filed by a non-profit called Common Cause against illegal mining activities in Odisha, undertaken without environmental due diligence, the Supreme Court noted that the environment ministry has to take a stand which prevents the environment and ecology from being damaged, rather than issuing clarifications which actually help the project proponents to flout the law and harm the environment.

A similar view was taken in the 2020 judgement in the case of Alembic Pharmaceuticals, when the Supreme Court held that the concept of ex post facto is “in derogation of fundamental principles of environmental jurisprudence”.

The court noted that if a project is found without a prior environmental clearance, the project has either to be demolished, or if environmental damage can be restored, then it has to pay a compensation based on the polluter pays principle – which means that the party responsible for pollution pays for the damage it causes to the environment .

The Madurai bench of the Madras High Court ordered an interim stay on this standard operating procedure. The court stated that there was no provision in environment laws for granting post-facto clearances.

In the case of Electrosteels Limited, in 2021, the unit had obtained an environmental clearance for a location different from the site where its industry premise was located. At that time, the Supreme Court said that ex post facto should not be granted on a regular basis, and that it should not be declined with “pedantic rigidity”.

In 2020, a petition was filed in the National Green Tribunal by Dastak NGO against Synochem Organics Pvt Ltd and 15 other chemical units in Haryana, which included Pahwa Plastics, that were manufacturing formaldehyde, a flammable chemical, without environmental clearance and requisite safeguards. The National Green Tribunal in January 2021 ordered these 15 chemical units in Haryana to remain shut for flouting environmental norms.

To challenge the order of the National Green Tribunal, a civil appeal was filed by Pahwa Plastics in the Supreme Court in August 2021. On March 25, 2022, the Supreme Court set aside an order by the National Green Tribunal and held that the manufacturing units, which were generating employment for about 8,000 people and contributing to the economy, cannot be shut down.

“The logic adopted in the Pahwa Plastics [case] only deepens the divide of environmental and livelihood issues, when in fact both are intrinsically linked,” said Krithika Dinesh, an independent environment lawyer and researcher. “Courts have to adopt more innovative approaches in tackling the livelihood question and at the same time hold companies accountable for the environmental violations they commit.”

The court further ordered that the applicants should be allowed to operate the units “subject to payment of charges, if any.”

“Here, again, we are seeing a sort of situation where you have a factory set up, and it has already created livelihoods, so going back is difficult. So the court uses a compensatory kind of approach for regulatory enforcement – like the ‘polluter pays’, where the project is already polluting, thus needs compensating,” said Kodiveri.

Earlier, in 1987, in the case of MC Mehta vs The Union of India, the Supreme Court had held that life, public health and ecology have priority over unemployment and loss of revenue.

“So an inverse situation, where a dominant idea that one can compensate for environmental damage has been used to redress these highly charged situations,” said Kodiveri. “It is the same thing happening with the Compensatory Afforestation Act which says that deforest, no worries, we can recreate forest elsewhere. So that kind of dynamic is seeping into how environmental laws are getting implemented.”

“The court also says that ex post facto clearances can be given in exceptional circumstances, but does not define how one circumstance is different from another,” said Choudhary.

In a 2013 case between the Association of Environment Protection against the State of Kerala, the Supreme Court, while negating ex post facto clearance, said that the commencement of a project without obtaining prior environmental clearance is a violation of local people’s fundamental right to life guaranteed under Article 21 of the Indian Constitution.

In October 2021, the United Nations adopted a resolution declaring access to a healthy environment a human right. Earlier, the World Health Organization had noted that each year roughly 13.7 million deaths around the world are linked to environmental risks, such as air pollution and chemical exposure.

But in recent orders, the impact of not getting environmental clearance is largely seen only in the narrow sense of impact on pollution and not impact on livelihood and public health and health of the environment, said Choudhary.

“Right to a healthy and safe environment is seen as a part of right to life, but interestingly, it has not been used in a lot of cases that are being brought, either by communities or by public interest litigation,” said Kodiveri. “But with the UN [United Nations] resolution on the right to a healthy environment, there is a lot of impetus to social movements to go back to this particular right.”

This article first appeared on IndiaSpend, a data-driven and public-interest journalism non-profit.