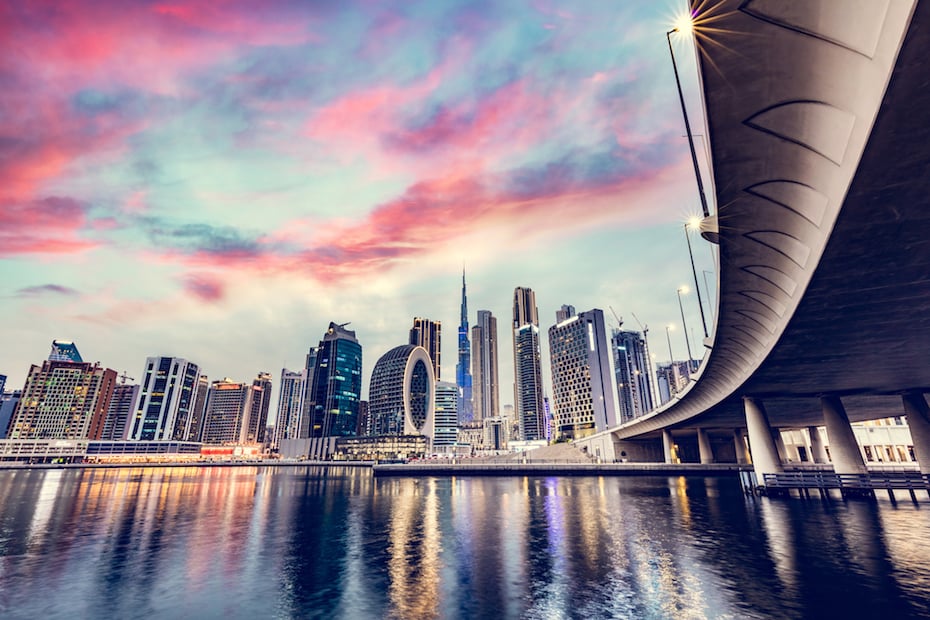 Sheikh Hamdan bin Mohammed bin Rashid Al Maktoum, Crown Prince of Dubai and Chairman of the Dubai Executive Council, said that Dubai has been ranked first in the world in attracting foreign direct investment (FDI) in 2021, with 418 greenfield FDI projects.

The annual ‘Dubai FDI Results and Rankings Highlights Report 2021’, published by Dubai Investment Development Agency (Dubai FDI), an agency of the Department of Economy and Tourism (DET) put Dubai first internationally in attracting greenfield FDI projects in 2021, up from third previous year. The report was based on data from the Financial Times Ltd. ‘fDi Markets’, the world’s leading source of data on greenfield FDI projects.

Furthermore, according to ‘fDi Markets’ statistics for 2021, Dubai maintained and improved its lead position in key FDI attraction metrics, ranking first in the Middle East and North Africa area (MENA) and third globally in FDI capital inflows, up from fourth last year. Dubai ranked first in the MENA region and third internationally in Reinvestment FDI projects (up from fourth last year) and seventh globally in FDI capital inflows (up from eleventh last year). Dubai also scored first in the MENA area and fifth internationally in terms of FDI employment creation, up from sixth last year.

The ‘Dubai FDI Results and Rankings Highlights Report 2021’ is based on ‘Dubai FDI Monitor,’ which tracks, validates, and provides analysis on all types of FDI projects into Dubai, including greenfield FDI projects, data on FDI Reinvestment projects, Mergers and Acquisitions, Joint-Ventures, and New Forms of Investments (NFIs), along with the recently added venture capital (VC) backed FDI. The survey demonstrated strong growth in all major FDI metrics compared to the previous year, with the expected amount of FDI capital flows into Dubai exceeding Dhs26bn in 2021, with a growth rate of 5.5 per cent compared to 2020, from a total of 618 announced FDI projects. Both FDI projects and job creation from FDI increased by 36 per cent in 2021 compared to 2020, with an expected 24,868 jobs in 2021 compared to 18,325 jobs the previous year.

Sheikh Hamdan stated, “Under His Highness’s directives, Dubai has created a stable, sustainable economic environment and a vibrant business ecosystem for companies and entrepreneurs to launch new ventures, tap new opportunities and expand their business both in the country and beyond its borders. Over the years, Dubai has also demonstrated its resilience to global economic fluctuations, earning the confidence of global investors, and enhancing its reputation as one of the world’s leading lifestyle and business destinations.”

“His Highness’s vision fostered strong public–private partnerships that created a unique collaborative model for rapid sustainable development and led to the establishment of growth-friendly regulations and business-enabling services. As the winds of change sweep the world, foreign investors continue to gravitate to Dubai because of the supportive platform it has created for companies of all sizes to innovate, develop future-oriented technologies and add value to the economy.”

Dubai has achieved a new milestone of becoming the world’s top ranked FDI destination in 2021 and the 2nd ranked globally in attracting Headquarters FDI projects. This achievement has been made possible by @HHShkMohd’s farsighted and visionary leadership. pic.twitter.com/LKmDboooUv

Helal Al Marri, director-general of the Department of Economy and Tourism in Dubai, stressed that Dubai’s top global ranking in the vital economic indicator of FDI attraction has been made possible by the Dubai leadership’s efforts to promote public-private sector partnerships, which have become a key driver of the emirate’s sustainable development.

He also pointed out that Dubai attracted 43 headquarters (HQ) FDI projects in 2021, leading regionally in this category and ranking second globally behind Singapore, surpassing major cities such as London and New York, in hosting global and regional headquarters of international companies. Dubai also ranked third globally in terms of HQ FDI capital flows, which amounted to Dhs2.8bn, according to data from ‘fDi Markets.’ “These achievements reaffirm the strength and strategic advantages of the highly developed infrastructure of specialised free zones in Dubai and the emirate’s pioneering initiatives in adopting legislations to encourage and facilitate investment in the future economy in line with its ambitious strategy to lead the digital economy,” Al Marri concluded.

Fahad Al Gergawi, chief executive officer, Dubai Investment Development Agency, (Dubai FDI), said, “Dubai’s regional and global pre-eminence in FDI attraction indicators is the fruit of the vision and guidance of the leadership, which manifested in setting a clear goal in the Dubai Plan 2021 to make the emirate the preferred global FDI destination, and laying strong foundations for the emirate’s economy, which has proven its efficiency, resilience, stability and sustainability time and again despite global challenges.”

“Sustained FDI accomplishments and rankings despite the economic changes and challenges the world has witnessed in the past few years have demonstrated the strong fundamentals of the investment environment in Dubai. It will also accelerate the transition from bridging gaps and applying best practices to a new mindset of close cooperation with global investors and partnerships with FDI source countries,” Al Gergawi said.

In another testament to Dubai’s ever-evolving investment environment, the emirate ranked first in MENA and tenth globally in Global Venture Capital FDI Projects, according to the ‘Global Venture Capital FDI Ranking 2022’ report published by ‘fDi Intelligence’ based on data gathered during 2003-2021. Further data from ‘Dubai FDI Monitor,’ supported by MAGNiTT, revealed that 84 Dubai-based startups successfully attracted VC backed FDI worth Dhs2.34bn in 2021.

“Dubai is leading a global dialogue on the future of Impact FDI in collaboration with international associations and multilateral organisations in the FDI segment. This initiative has helped enhance Dubai’s future readiness for new trends shaping investor decisions while shining the spotlight on Dubai’s mature ecosystem that supports local and global startups and attracts FDI into innovation and sustainability,” Al Gergawi added.