Coastal GasLink has been ordered to pay its second penalty in less than three months for environmental infractions along its 670-kilometre pipeline route, which is currently under construction through northern B.C.

Experience the Return of Bard on the Beach

Feel the magic of live theatre outdoors this summer with three unique plays.

The $170,100 fine is a result of inspections that took place along the pipeline route in October, one year after the company’s issues with erosion and sediment control were first identified by investigators with the province’s Environmental Assessment Office.

In levying the fine, the EAO noted the company’s ongoing violations resulted in significant “adverse effects to water quality, wetlands and fish habitat, and potential adverse effects to fish and other aquatic life.”

They may also have harmed the rights of Indigenous nations, it said.

Although First Nation band councils along the pipeline route have signed agreements with the company, Wet’suwet’en hereditary leadership remains staunchly opposed to the project and recent conflict has focused on the company’s plans to drill under the Morice River, also known as Wedzin Kwa.

The regulatory body found that at 20 sites it inspected along the pipeline route, Coastal GasLink had failed to stabilize exposed soil or implement proper erosion-control measures, which allowed sediment to flow into fish-bearing streams, lakes and wetlands. The resulting potential for impacts on fish and fish habitat has been raised as a concern by the Office of the Wet’suwet’en for more than a decade.

In an email to The Tyee, a spokesperson for Coastal GasLink said the company is committed to “safe and environmentally responsible” pipeline construction and recognizes “protecting the environment is a fundamental value for our Indigenous and northern community partners and all British Columbians.”

Coastal GasLink’s statement said it has taken immediate action to remedy the issues and will “continue to co-operate with the EAO and all other regulatory agencies to meet their requirements.”

The recently announced penalty follows a $72,500 fine issued to the company in February for similar violations.

After the EAO first flagged the issues in October 2020, it issued an order that required the company to control sediment flowing into waterways and hire an independent erosion and sediment-control auditor. Subsequent warnings and penalties have been issued based on that initial order.

“The Order was written to direct CGL to control the risk of sediment being transported to environmentally sensitive receptors by stabilizing exposed surface material, installing erosion and sediment control measures and ensuring the measures would continue to function as intended,” the EAO said in its recent penalty assessment.

In summarizing the ongoing violations, the recent EAO decision noted project inspections in April and May last year had led to the first administrative penalty issued in February.

The company was also cited last month for allowing sediment-laden water to flow into creeks at the western end of its route near Kitimat.

In the EAO’s recent determination, which is dated May 2, it said the pipeline company had not brought its project into compliance with its environmental certificate by October and issued the new fine for again violating the original order. “From Oct. 14, 2021 to Oct. 21, 2021, EAO conducted an inspection of the Project against requirements of the EAC and the Order,” it said.

An initial draft notice about the penalty, which was provided to Coastal GasLink on March 10, is not being made public “to ensure procedural fairness,” an environment ministry spokesperson said.

However, in a response from the company to the EAO later that month, Coastal GasLink said it had addressed the orders issued in October 2021 by correcting issues “where possible” and that it “continues to expend significant resources to address ongoing ESC [erosion and sediment control] issues throughout the Project.”

The company called the erosion and sediment-control issues “the number one compliance issue that it is currently working on” with its prime contractors.

In the emailed response to The Tyee, the company noted the complex nature of the project, saying it has “some of the most stringent regulatory requirements in the world.” It added that the project’s scale, terrain it crosses and changing weather conditions have created challenges.

For the first time since Coastal GasLink’s environmental infractions were identified a year and a half ago, the provincial government acknowledged the violations by issuing a news release on the recent fines, noting that more than 40 inspections have been carried out along the route since pipeline construction began in 2019, resulting in 37 warnings, 16 orders and the two recent penalties.

“The EAO takes very seriously matters of compliance with the conditions of all environmental assessment certificates,” it said.

B.C.’s NDP government has championed the Coastal GasLink project, noting in recent news releases that the pipeline and related LNG Canada project will create up to 10,000 construction jobs during the construction phase and that Coastal GasLink “has all the permits necessary for the work currently underway.” 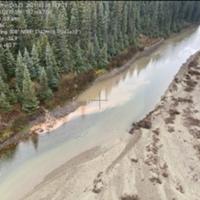 The two financial penalties issued to Coastal GasLink this year are a first for any organization or company in possession of a provincial environmental assessment certificate, a spokesperson for B.C.’s Environment Ministry said in an email to The Tyee.

“The 2018 Environmental Assessment Act provided the EAO with expanded powers and tools for compliance and enforcement activities, to ensure the legally binding requirements of a certificate are followed over the life of the project,” the ministry said. Ongoing monitoring ensures projects are designed, built, operated and decommissioned in compliance with provincial requirements, it said.

It also noted that the conclusions reached by the EAO mirror “concerns raised by Indigenous nations regarding adverse effects to fish and fish habitat, water quality and wetland function as a result of the Project.” 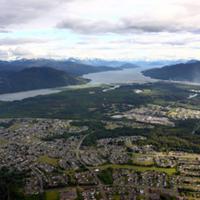 “The failure to meet the requirements of Enforcement Order EN2020-011 has resulted in observed adverse effects to water quality, wetlands and fish habitat, and potential adverse effects to fish and other aquatic life,” it concluded. “The significance of these impacts are not fully known as they have occurred over a wide geographic area and over a prolonged period of time without quantitative measurement of the adverse effects.”

In calculating the fine, the province used a base penalty of $72,500, added $22,000 for Coastal GasLink’s compliance history and repeated offences and also applied a “daily multiplier” of $75,600, which applied a fee for each day various sites remained out of compliance.

The fine is in addition to the February penalty, which the company had already paid, the Ministry of Environment confirmed.

Coastal GasLink has 30 days to pay the latest fine.