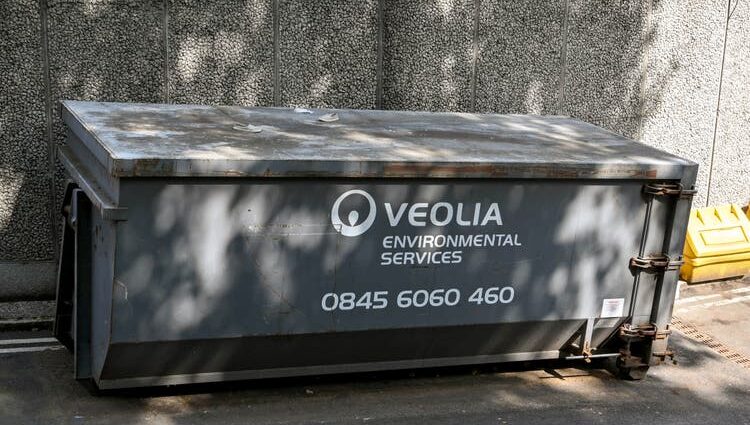 Author’s Note: This is the free and reduced version of an article posted on iREIT on Alpha on May 3rd, 2022.

Veolia (OTCPK:VEOEY) is a simple company, on the surface of it. Its three service/business segments are necessary to everyday human life, which is one of the favorite qualities of investments that I make.

In this article, we’ll deconstruct the company, try to understand it, and see what we could expect if we were to invest in the company.

The company, with a near-170 year history under its belt, is a former part of the Vivendi Conglomerate. The business focuses on managing areas that are or have traditionally been a part of governmental responsibilities.

The company has a market capitalization of nearly €20B, but this is only a smidgeon of the global market for its services. The global greywater/waste activities are a very fragmented sort of market, with both public and private players. Veolia, while incredibly large, is less than 5% of the global market in these areas, even though the company’s financial records show evident potential for economies of scale in the business.

The market has seen recent consolidation with the entry of Chinese players taking over European capacity in the space, such as EEW and Urbaneser. Veolia itself has been active in M&A’ing here, which we’ll go into.

The company’s operations can be summed up as follows:

Geographically speaking, the company is a legacy central European operator moving into emerging markets in the search for growth. The mature markets serve as a solid foundation for its expansion and growth.

This, on a theoretical level, is a very appealing way of handling operations such as this, and it provides the company, as I see it, good potential for growth. France is 30% of its operations, Europe is another 30%, with Asia and other geographies coming in at around 40% in the remainder.

On a high level, it’s a fair assessment to say that the company is very dependent on macro, GDP, and similar-level developments. While baseline volume and demands for water and waste exist, as we need a minimal level of service, things in Energy and the company’s expansion plans are somewhat different.

In most markets, it is the municipality that sets the price of water after deliberation by the elected members of the municipal council, taking into account the variations in various factors such as inflation, wages and any other external element.

The company also has a certain degree of FX volatility due to the many different markets the company is in. Because 30-35% of revenues and income are from emerging markets, there is a definite degree of ups and downs here that need to be accounted for.

The company had planned for an effective capital allocation strategy.

The company’s upsides are very clear, at least as I see them. Veolia is a major player in both legacy and emerging crucial areas such as water, energy, and waste. The company’s recent merger with SUEZ creates a transformation powerhouse in several, overlapping areas and assets.

The company reported a solid set of 2021 numbers. Revenue was up nearly double digits, and EBIT/EBITDA was up between 20-40% each on a YoY basis, recovering from the pandemic. Net income was up over 100%, but the company increased the dividend by almost 43%.

Results were driven by positive price and volume effects in the company’s core areas. High cash flow levels were a surprise here, which had a material impact on company debt.

After closing SUEZ, the company is saddled with some debt, and the company’s expected guidance calls for a 4-6% organic YoY EBITDA growth for a €6.2B EBITDA growth, as well as increasing the 2022E dividend to €1.22 on a per-share basis. The expected leverage ratio of 3X calls for a debt reduction of several billions but seems logical when figuring in the 2021 results. The company’s 2022E guidance is, therefore, solid and realistic as well as to the point. I fully expect the 2022E to materialize mostly in line with the company’s expectations.

On the fundamental side of things, Veolia can most certainly be called “safe”. Apart from the operational safety given the segments that it operates, we also have some extremely solid ratings and numbers. The company is investment-grade rated and has a net debt/EBITDA of around 3.5X for the year, expected to dip towards 3X going forward.

As I’ve showcased, the company has a dividend tradition. The yield is actually fairly good, ranging between 3-4%, and the current yield for the 2021 dividend is 3.5%, expected to grow to 3.7% at the 2022E if things materialize as expected.

Overall, SUEZ adds over €10B in company sales to Veolia, and these sales are expected to go over €40B on a company-wide basis in 2023E. The company’s earnings and dividends are expected to grow significantly going forward to where we have a 5.5% yield for 2024E on today’s share price.

There is a lot to like about Veolia – and I consider the company to be one that warrants your consideration.

It certainly has mine.

Veolia does have some risks. That’s what we’ll discuss here. As I mentioned, the company is highly correlated to GDP, infrastructure expansion, and population growth. Aside from this, a few other things.

I will characterize the company’s management and board as a weakness. French companies are sometimes out of line with international ambitions – and this board has been slow on the uptake, instead for a long time being happy to let the company percolate in the single digits in a slow-moving national market. While this seems to be changing now, it’s worth mentioning that German and French boards need watching to ensure they don’t grow lax – and Veolia has been lax for some time.

A second risk is the lack of growth in the company’s mature operations, with a very limited earnings growth potential. The proptech/service/energy segment will perhaps be able to deliver some growth, but overall, the companies’ mature markets are relatively low-growth.

Some will argue that the company has no clearly-defined ESG – I say “meh” to this argument. First, I don’t consider ESG to be central to a company that works with water and recycling (though this can be argued), and secondly, I do think the company does what’s required in terms of ESG.

The company has virtually zero exposure to Russia and the Ukraine conflict, with less than 0.3% of revenues and around 0.5% of its employed capital. There are some exposures through energy-related investments, including gas-fired assets, but these are relatively small.

Veolia’s valuation is a very interesting story because the company is currently being grossly undervalued. It doesn’t really matter what perspective you adopt on the company, there’s upside to be had here.

In my DCF analysis, I’m taking a much more conservative view than the overall consensus, estimating a 3% growth in sales, EBITDA, CapEx and overall across the board. Assuming a WACC of 6.43%, the company’s ROCE is above this, which comes to an implied DCF based on conservative numbers of around €36/share.

There aren’t many relevant peers to the company. We could argue for American Water Works (AWK) and United Utilities (OTCPK:UUGRY). We also have Hera and FCC in Europe, as well as LYDEC, though this company doesn’t have close to a comparable market cap.

I argue that the most accurate view of the company is found using DCF and NAV multiples – I weigh P/E, Yield, and book multiples are given the weak peer-group correlation, lower. It all ends up at a conservative valuation of around €35/share.

This is actually far lower than most of the average targets here, including equity analysts such as Alpha Value (Source: Alpha Value) seeking a €40.8 PT for the company. I’m comfortable being more conservative here. My PT is closer to the S&P analyst average – but actually below even that.

I believe below €30/share, this company has a significant sort of upside, and that’s why I have my PT at this level.

I view this as a “BUY” with a solid upside – and you should consider investing in Veolia.

Veolia is a great business in several great fields. They have some excellent moats, a solid history, and good future prospects. The SUEZ M&A only strengthened the company’s next few years.

There are downsides and risks, of course. But these, at this valuation, are relatively small. A company such as this, with these sorts of operations, at this sort of price, is exactly the sort of investment you may want to make.

On a basis of the ADR, the receipt on the NYSE is known as VEOEY, a 1:1X ADR. It’s relatively liquid, trading at a range of 17-23X P/E. Even on the basis of a conservative 16X P/E, the upside for the investment is significant.

This upside can even go up to 25-30% if we allow for a premium valuation or even higher, historically-accurate EPS growth. The message I want to send with you when you look at Veolia is that this is an undervalued water/waste/energy company.

I believe the upside we have here by far outweighs the potential forecast inaccuracy risk, and the company-specific risks to Veolia here. This might not be the absolute best investment available to you currently, but it’s definitely on the list of good upsides.

Thank you for reading.