Forbes India – Gig 2022: Five Trends That Will Be A Game Changer For The System 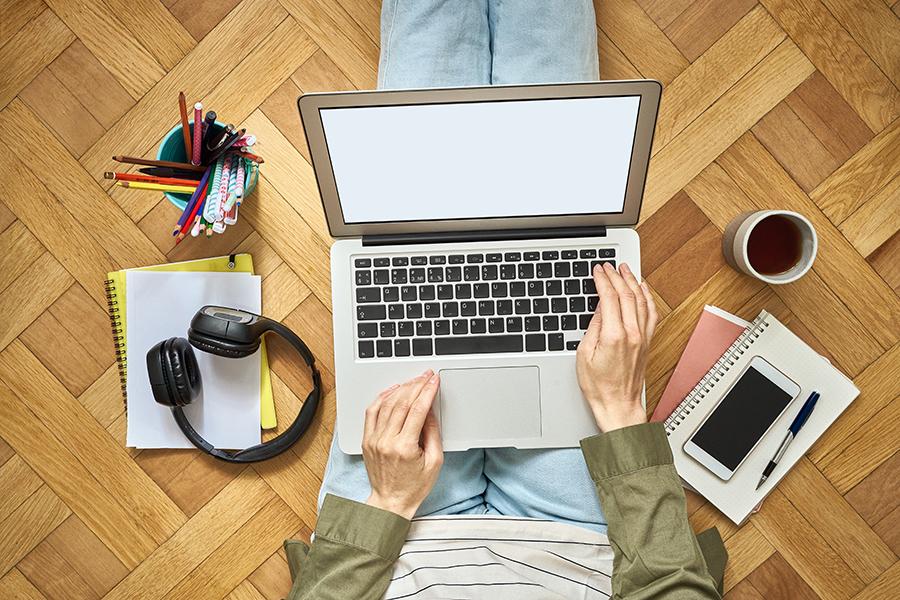 While blue-collar jobs have eclipsed the definition of the gig economy, the future is set to paint a different picture, with roles for high and medium-skilled workforce expected to be in high demand. Image: Shutterstock

It is no hidden fact that India is experiencing a seismic shift in its work culture. Millennials and Gen Z are discarding the nine-to-five in favour of the rapidly growing gig culture. Today, thanks to the emergence of tech-enabled gig work platforms, over 200 million people are considered a part of the gig workforce globally.

With India’s goal of becoming a $5 trillion economy by 2025, the gig ecosystem will be a major building block in achieving this. It is poised to simplify and strengthen the employment landscape of the country, changing its architecture for the better.

Here are five trends that may shape the gig economy this year.

1. Integrating tech for the win

The continued growth of technology and the gig economy will be one of the most significant workforce trends in 2022. We will see a deeper integration of the two, thereby leading to a greater usage of work tech platforms.

For gig partners, this will ensure a simplified process, with benefits ranging right from finding work based on their skills and location, to applying for a job, in-app training, work completion, and payment.

For enterprises, a no-code technology that allows for end-to-end workflow-management and visibility is set to entirely redefine the future of gig and take over the space. This will aid enterprises in tackling the challenges of managing a large on-demand workforce that isn’t on a fixed payroll. With foresight driven tech, real-time visibility and tracking, management will thus become a seamless practice for enterprises.

While blue-collar jobs have eclipsed the definition of the gig economy, the future is set to paint a different picture, with roles for high and medium-skilled workforce expected to be in high demand. A few functions we potentially see as the ‘sunrise functions’ for the gig-economy are IT, data science, content moderation, marketing, and finance, by the end of 2022. Apart from the startups that have been early adopters, large traditional enterprises will also adopt gig.

And while they have already begun charting the roadmap of their gig transformation, we see an estimated shift of up to 30 percent of existing roles to gigs in the coming year—a huge win indeed. It is factors such as the pandemic infused workforce cutback, urge to digitally transform businesses, and access to a wider qualified talent pool that is location and age agnostic, that are driving this shift.

Given the rapidly evolving job market, upskilling has become something of a necessity today. Thus gig partners are increasingly and proactively engaging in self e-learning as they become more aware of the skill gap and the need to bridge it. Aligned with this need, even the polity is encouraging a thriving online learning ecosystem with myriad initiatives such as National Skill Qualification Framework, DESH-Stack eportal, and more.

Policy infrastructure apart, many work-fulfilment platforms already have a robust framework of learning initiatives which include in-app skill assessment, training, and onboarding modules for gig partners. In addition, a plethora of smart training interventions such as webinars and shadowing assignments are also developed for incremental skilling. This will not be just to keep the gig workforce ready for the changing workplace, but also to guarantee that the former is engaged and invested in enterprises’ expanding business imperatives.

The pandemic sure upended the nine-to-five work structure in a way that location soon became a secondary factor in getting work done. Given the prominence the gig-work culture has gained due to its location-agnostic nature, we anticipate a 50 percent increase in the current number of gig partners engaged in remote jobs. Another interesting trend is the tier 2 and tier 3 cities joining the gig bandwagon. We’re expecting a lot more jobs in the emerging markets as we reach saturation in the tier 1 geographies.

5. Work-tech staying ahead of the curve

From a policy lens, while Code on Social Security 2020 is a crucial move, in 2022 we’re seeing work-tech platforms staying ahead of the curve as compared to policymakers. With the polity having recently started work on creating a gig-friendly environment, gig-work platforms have already begun introducing and implementing benefits such as minimum wage, micro insurance, and pro rata pension. These are further expected to be implemented sector-wide. Not just this, employers too are working towards creating a gig partner friendly environment to attract more talent to the organisation.

I truly believe that the gig economy will continue to drive the future of work as it upends the traditional ways of working in many ways. If we are to make the economy’s projected growth of 17 percent CAGR and gross volume generation of $455 billion in India by 2024 a reality, it is imperative to bring in a full-fledged ecosystem of technology-based platforms, service enablers, and public policy. And on the way, even if we face challenges, the gig economy has tools and ammunition to overcome those and move forward.

The gig economy has transformed in India’s work culture, with increased flexibility and autonomy displacing the traditional relationship between employer and employee. The gig economy has boundless potential in the future, and as more businesses and individuals shift to independent work arrangements, it won’t be long until the gig economy becomes the norm and full-time employment becomes a thing of the past.

The writer is cofounder and CRO, Awign.

The thoughts and opinions shared here are of the author.

Check out our end of season subscription discounts with a Moneycontrol pro subscription absolutely free. Use code EOSO2021. Click here for details.