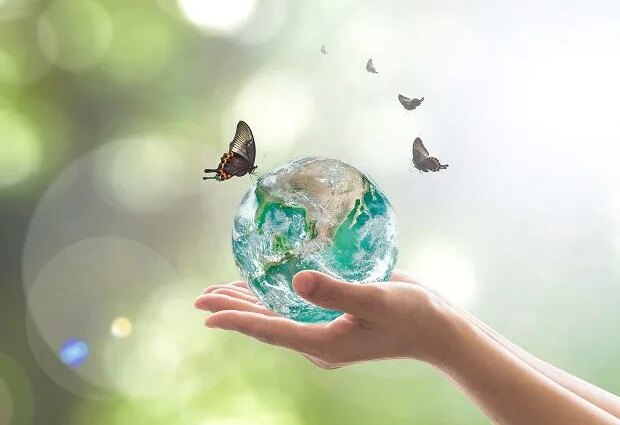 In May this year, a group of scientists and conservation experts from across the world lay bare an unfolding catastrophe: Almost 50% of the world’s birds are undergoing population decline.


The group released a report titled The State of the World’s Birds which stated that barring 30 bird species of the 146 studied in India, all are declining.


“This (nation-wide study),” said Ashwin Vishwanathan, a researcher with Nature Conservation Foundation who also contributed to the report, “is the first step to be able to bring in any priorities regarding conservation or policy intervention for bird species.”


Birds only make up a fraction of the fast-declining biodiversity–a living web of species and ecosystems that form the basis of life on earth. A 2019 report said that about one million animal and plant species of the world face extinction, and many could disappear within decades.


At least 97 mammals, 94 bird species and 482 plant species in India are threatened with extinction, as per the International Union for Conservation of Nature’s red list of plant and animal species that have been endangered.


The current rate and scale of extinction is unprecedented. Yet, much of India’s conservation priorities are misplaced, experts told IndiaSpend. These include creating protected areas by displacing local communities, who have been a part of the ecosystem for generations, or focusing on protecting big species, like tigers and elephants, often at the cost of other species that are equally in peril.


In December 2021, India’s environment ministry proposed a draft amendment to the Biological Diversity Act, 2002. The amendment, if ratified, will dilute the safety regulations and lead to exploitation of biological resources for commercial purposes, we reported in February this year.


India covers 2.4% of the world’s geographical area and accommodates 11.4% of the planet’s plants (about 48,000 species) and 7.5% of its animal population (about 96,000 species), as per government data from 2011. The threat of extinction, however, looms over the better part of the country’s rich biodiversity.


The reasons for the loss of biological diversity are varied. The ‘Living Planet Report 2020’ by World Wildlife Fund (WWF) identified land and sea use change and overexploitation of resources as the key drivers of biodiversity loss across the globe, along with other causes including invasive species, pollution and climate change.


Freshwater biodiversity, according to a 2020 WWF factsheet, is declining faster than that in oceans or forests around the world. India has lost about one-third of its natural wetlands–that are home to migratory birds and large numbers of plants and fish species–to urbanisation, agriculture and pollution over the past four decades.


Bengaluru, one of India’s biggest metropolitan cities, known for nurturing lakes within the city limits–has also recorded significant casualties. A crowdsourced data study by the Centre for Social and Environmental Innovation (CSEI) at ATREE, IndiaSpend reported in March 2022, found that Bengaluru has lost at least 208 of its over 1,350 lakes.


The problem with conservation plans


Over the years, the Centre has undertaken several efforts to conserve endangered species, by mandating protected areas for wildlife and setting up centrally sponsored schemes such as Integrated Development of Wildlife Habitats, Project Tiger and Project Elephant for wildlife conservation and conservation programmes for wetlands and lakes, among others.


However, a former director of the Salim Ali Centre for Ornithology and Natural History, who has been studying environmental variables that lead to species loss, P.A. Azeez, said that by focusing on big predator species, the government has diverted focus away from small endangered species, like toad-skinned frogs, that are part of the ecosystem of the predator species.


“Conservation should not be limited to the species level, but should be about the conservation of the entire ecosystem, including the local communities.”


This is despite the fact that in 2019, Prime Minister Narendra Modi released data announcing that India’s tiger population had more than doubled over 12 years to 2,967 in 2018.


The study and conservation of selective species come at a cost. Vishwanathan of Nature Conservation Foundation said, “In the case of Indian Peafowl, it was declared a national bird and placed in Schedule I of the Wildlife (Protection) Act, 1972, resulting in the increase in its population over the past 25 years.”


“The increasing conservation efforts came at a cost–because the Indian Peafowl is a predatory species, a lot of other organisms, and even crops, were damaged as a result.”


Vishwanathan, who has been monitoring population trajectories of different birds across India, said: “Previously, we were waving our hands in the dark, in absence of a clear trajectory on which species to protect. Thus, a lot of government and non-government effort and funding went into conserving species such as house sparrows, which were missing in big cities, but had a roughly stable population overall.”


What India needs to do


Vishwanathan stressed on understanding the pattern of the biodiversity decline. “We constantly work under the sense that eventually a number of organisms are going to go, but our efforts really can be to understand which ones are going to go faster, understand their ecology, and understand what might be required to slow down these rates of decline.”


“One of the recommendations we made in the State of India’s Bird report of 2020 is that we need to move beyond a select few species to other species of high concern.”


Both tigers and wolves are classified under “schedule I” of the Wildlife Protection Act, 1972 as endangered. Godbole’s NGO focuses on research, protection and conservation of wolves in India.


While species loss is urgent, experts told IndiaSpend, strategies should not overlook the role of different stakeholders in conservation.


“The conservation paradigm in India is purely shaped by objective science without looking at the social dynamics, which includes the role local communities play, or the role of traditional knowledge,” said Azeez, the former director of the Salim Ali Centre for Ornithology and Natural History. “Unless we change our understanding, conservation will simply remain focused on species and their maths.”


The Centre has cordoned 987 protected areas around the country, which are no-go zones, enjoying a higher degree of protection to preserve their biodiversity (flora, fauna and ecosystems). These include national parks, wildlife sanctuaries and conservation reserves. The action divorces the local communities from these ecosystems, in oblivion of their role in preservation of biodiversity. While local communities from these areas are evicted in the name of conservation, such zones are often opened up for damaging industrial projects, IndiaSpend reported in its Environment Undone series.


An independent researcher of forest rights and environment governance issues in India, Tushar Dash said, “The Supreme Court of India earlier raised the issue that most of the protected areas in the country are notified without recognising the settlement rights of the tribal communities. The purpose of the Forest Rights Act and the Wildlife Protection Act, amendment of 2006, was to democratise administration and governance in protected areas, which actually never materialised.”


“Initiatives by local communities cover some of the most important ecosystems such as forest, wetlands, coastal and mangrove ecosystems, all of which have ecological value, are adaptive and form the basis of local communities’ livelihoods. For instance, there is a rich network of community forests and sacred groves in Orissa, which are havens of important species and are mostly protected and conserved by communities.”


Underlining the need for effective implementation of law, Dash said: “The Forest Rights Act presented immense possibilities for communities to gain recognition and respect for their conservation initiatives and customary rights. But it is necessary to create an enabling legal and policy environment to ensure that conservation policies do not counteract or negate the Forest Rights Act and, instead, are mutually reinforcing.”