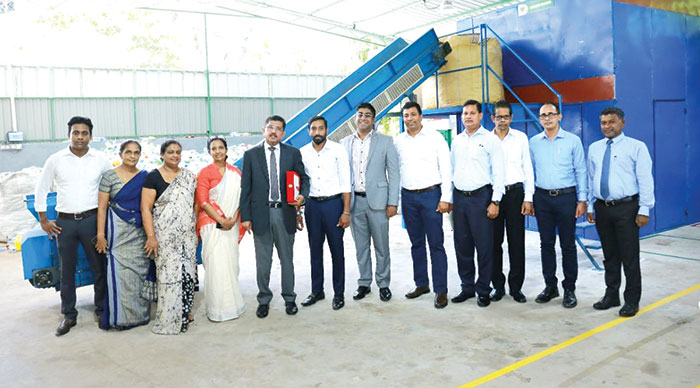 FITIS, the voice of Sri Lankan Information and Communication Technologies industries urges the government to bring foreign digital companies operating in Sri Lanka, under a local regulatory system where they are liable for taxes and other regulations like their local counterparts.

“Apart from the lack of fairplay for local companies, these foreign digital operators take millions of dollars out of the country every year. In a situation where Sri Lanka is strapped for dollars to buy essentials like medicine, fuel and food and banks are unable to issue dollars to students sitting for foreign exams can we any longer afford this foreign exchange outflow for locally consumed services?,” FITIS asks.

The Digital Chapter of the Federation of Information Technology Industry Sri Lanka (FITIS) states that the recent imposition of taxes by the government is understandable in the current circumstances, at this critical point of nation building. However, there are other factors that need to be looked at and changed if we are to progress with the digital economy connected to digital platforms, they say.Channa de Silva, President of the FITIS Digital Chapter says, “Digitalisation is a way forward that can rationalise all our economic activities as well as being a leveller that democratises opportunity. However, if we don’t treat every player in the field the same way, it can create inequality, monopolies and result in heavy losses to the economy.”

The following are some comments made by Channa de Silva.

“A viable and healthy ecosystem for startups and entrepreneurs to exist requires rules and regulations that ensure fairplay, especially when they compete with global giants who enter local markets. Therefore, a level playing field for everyone is an urgent need in this particular sector, and one way to ensure that is to bring foreign digital companies operating in our markets under a local regulatory system where they are liable for taxes and other regulations. For example, well known foreign digital operators handling ride-sharing and transport of goods in Sri Lanka, use our road networks, fuel subsidies and state infrastructure to further their businesses, yet they have an unfair advantage over their tax paying local counterparts.”

“Foreign players have enjoyed this tax free haven for many years, which is a good case study of a lack of fairplay for equivalent local operators in the industry. These operators, by refusing to register as local entities, do not follow any of the laws of Sri Lanka and avoid paying local taxes. They are operating under the misapprehension of not being liable to pay taxes in areas they operate, outside their country of origin. However, this is a stand that has been challenged by countries like India who have won the battle to be treated on an equal footing.”

“The fact that India has been fighting the issue of taxing foreign digital services for a long time is well documented in the media. They were the first to introduce a digital tax called the ‘Equalisation Levy,’ back in 2016, which was payable by Indian residents for online advertisement services purchased from non-resident companies. Later, the Equalisation Levy was extended to include a 2% levy on all online sale of goods or services into India by non-resident e-commerce operators.”

“The Reserve Bank of India (RBI) had ordered foreign payment companies to locally store data on all transactions taking place within India from October 15, 2018. Thus, global payment companies need to pay around 15% tax on their income from India, as they set up servers locally to comply with the RBI directive on data storage. The central government of India went further, by bringing a 2% digital service tax levy on all trade and services of foreign e-commerce companies through their Finance Bill of 2020-21. With that even companies like Amazon, Walmart-owned Flipkart and others having an annual turnover of ₹2 crore or more operating in India became liable for tax. The expanded equalisation levy became applicable from April 2021 to a range of digital services, including non-resident e-commerce operators involved in the online sale of goods and provision of services.”

“The G20 summit and the Organisation for Economic Co-operation and Development meeting held in October 2021, made a new foray into global taxation rules. Accordingly, a decision was made to ensure that foreign multinational firms will pay a minimum 15% of their total revenue in countries they operate in, which means companies like Microsoft, Google, Amazon, etc, would pay a tax of 15% for their operations in India.”

“Subsequent to this, India and the US agreed that the Equalisation Levy currently in existence for US based companies, will count as a credit against future taxes. The credits will be accounted for from April 1, 2022, until either March 31, 2024, or whenever the global taxes law comes into force. In the meantime, India continues to levy the 2% equalisation tax as credits.”

FITIS is of the view that it is more than time for Sri Lanka to take a leaf from India’s regulatory policy book. Channa de Silva says, “It is vital for a country like ours, which is almost exclusively reliant on foreign investment in order to progress, to recognize the importance and impact of the economic bolster provided by local companies. A right step in this direction would be to concede that as of now, there is no level playing field between International digital companies and local companies, businesses and startups. International digital players in Sri Lanka are exempt from paying taxes, whereas local enterprises that offer the same services are subject to taxes — more than before in the current economic crisis.”

“The Central Bank of Sri Lanka, was aware of the inequality because they highlighted it in their 2019 report that says ‘gig platforms, which are operating worldwide despite being based in a particular country, are difficult to be controlled by the host country’s regulatory environment and taxation system in the absence of local business registration. In contrast, local platforms are under regulatory scrutiny and are liable for local taxes. Such differences in the applicability of regulation will not ensure a level playing field for local operators.”

“Taking steps to bring in regulations to tax non-domiciled businesses is no longer a choice but a necessity. Apart from guaranteeing a level playing field and equal opportunity for local digital players, this will save us much needed dollars that are necessary to sustain the people of this country,” Channa de Silva says.