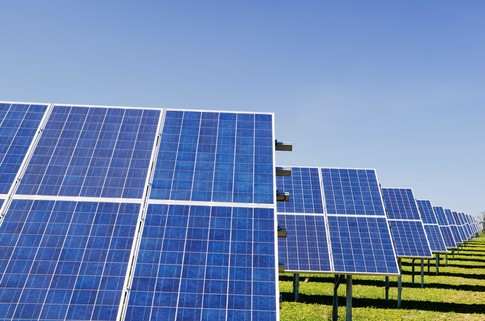 Emerging market and developing economies (EMDEs) are critical to global climate efforts. EMDEs accounted for over 95% of the increase in greenhouse gas (GHG) emissions during the past decade, and their share will rise because EMDEs are expected to account for 98% of global population growth and over 90% of new middle-class households in this decade, which will drive energy demand.

Reducing carbon emissions while meeting rising energy needs will require massive investment – some estimates top $1 trillion annually. This capital needs to be mobilized quickly. The IPCC’s recent report requires GHG emissions to peak before 2025 and be reduced by 43% by 2030. EMDE governments will struggle to raise finance as sovereign borrowing capacity has been reduced by the economic impacts of COVID-19. Therefore, scaling up private investment will be crucial. So far, private investment in EMDE transition lags. For example, only 5% of recent sustainable debt issued is from corporates in EMDEs (excluding China).

The good news is that trillions of dollars of private assets are now pledged to long-term net-zero targets and potentially available to support climate transition. Over 70 institutions, which in aggregate hold over $10 trillion in assets, have joined the UN-convened Net Zero Asset Owner Alliance (NZAOA) and pledged to achieve net-zero GHG emissions in their investment portfolios by 2050.

Asset owners and asset managers in EMDEs frequently cite lack of data on companies’ emissions or transition plans as a barrier to transition investment. They also complain about the lack of supply of green or transition bonds. Both of those barriers could be addressed if EMDEs require large public and state-owned companies to disclose their Scope 1 and 2 GHG emissions and transition plans. This is particularly important for high-emitting sectors such as energy, power and manufacturing.

Everything starts with the requirement of GHG disclosure, and nothing starts without it. Companies that disclose GHG emissions are evaluated and engaged by their shareholders and regulators. Those that disclose transition plans are almost always motivated to develop capital expenditure plans, which will increase the need to issue green or transition bonds.

A few Southeast Asian (ASEAN) countries are moving towards mandatory or “comply or explain” GHG disclosure for publicly traded companies. The Philippines has mandated disclosure for Scope 1, Scope 2 and ozone-depleting substances starting FY2022, Singapore has mandated “comply or explain” Task Force on Climate-related Financial Disclosures (TCFD) climate reporting starting FY2022, and Malaysia recently circulated for comment a proposal to disclose Scope 1 and 2 and parts of Scope 3.

Energy, materials and infrastructure are the global foundations of strong economic growth. With increasing environmental, societal and financial pressures on these sectors, how do we help them deliver a fair, net-zero future?

Contact us for more information on how to get involved.

Other large ASEAN markets, however, still have only general requirements for environmental, social, and corporate governance (ESG) disclosures, without specific guidance on Scope 1 and Scope 2 emissions. There appears to be no ASEAN market that currently requires, or is considering requiring, public companies to disclose a board-approved transition plan including decarbonization targets and responsibility for achievement. The UK has announced launching a Transition Plan Taskforce to tackle this issue for UK companies. Similar initiatives are needed urgently in both developed markets and in EMDEs.

Some suggest that EMDE companies lack the capacity to measure and disclose GHGs. This argument is no longer persuasive. Large public companies and many, if not all, large state-owned companies in EMDEs are already overcoming more difficult challenges, such as rapid digital innovations, cyber security, and deploying remote operating models due to COVID-19. Estimating Scope 1 and 2 GHGs for most companies is a largely table-driven conversion from fuel and electricity usage. Furthermore, the best way for EMDEs to encourage development of GHG measurement expertise is to announce clear timetables for disclosures, e.g. two years hence. To encourage early adoption, regulators might also consider a safe harbour period from liability for unintentional errors or omissions in disclosures in early years.

EMDEs generally lack deep and liquid capital markets. They need international assistance to develop those markets and to supplement them with global capital. The current development finance ecosystem is fragmented among multiple multilateral banks, national development finance institutions, NGOs, think tanks, philanthropic and impact investors. This architecture was designed for historical development challenges and long timeframes. But is it too fragmented and too slow to deliver finance at the scale and speed needed to avert a climate crisis?

The time is ripe for multilateral development banks (MDBs) to work with national governments and other institutions to create national transition investment facilities (NTIFs) that can channel large amounts of capital, including concessionary finance and private capital, toward accelerated transition. NTIFs would ideally be special purpose companies established with both national and multilateral financial participation and governance. In some countries, sovereign wealth funds and/or state-owned infrastructure vehicles could invest in NTIFs to align national interests with sustainable economic outcomes.

The idea of NTIFs is not new – the Energy Transition Mechanism being developed by the Asian Development Bank in cooperation with the Government of Indonesia and the Just Transition Mechanism proposed for South Africa could be models for NTIFs in other countries. NTIFs have several potential advantages compared to the current (fragmented) model:

It is important that ESG investing metrics and disclosure regimes are robust, channel funds to decarbonize the real economy, and do not create perverse incentives that could undermine the transition. An example of perverse incentives would be metrics or risk measures that overstate risk and thus encourage divestment from EMDEs.

One area worthy of further review is capital ratios or solvency margins for banks and insurers. Higher capital charges or solvency margins makes an investment more expensive to hold and can deter investments even for those which are climate-positive. These charges and margins are generally higher for EMDEs (which often have lower credit ratings), and thus discourage transition investments.

Another metric deserving review is the “weighted average carbon intensity” (WACI) of investment portfolios. WACI is calculated on the Scope 1 and 2 emissions over revenues of each holding within a portfolio. Many investors have pledged to reduce their WACI by 25% or more by 2025, with greater cuts to follow. However, the current WACI calculation may deter climate-positive investing.

Indeed, the same investor can reduce its WACI by simply divesting all its holdings in the power company rather than buying its green bond. This lower WACI may look better to some stakeholders, but the investor would have contributed nothing to climate transition. Developing an additional metric for a “green-adjusted WACI”, with appropriate safeguards, could encourage global institutions to make transition investments in EMDE companies and also the debt or equity of NTIFs.

Taken together, the three near-term actions of increasing disclosure, creating and scaling NTIFs, and modifying select metrics to avoid unintended disincentives to transition investing would accelerate private sector participation in EMDE transition, and raise the odds of keeping the 1.5°C Paris Agreement target within reach.

The UN-convened Net Zero Asset Owner Alliance, the EU-ASEAN Business Council and the Sustainable Development Investment Partnership (SDIP), under the World Economic Forum are collaborating on an Emerging Markets Transition Investment project in 2022 focusing on constructive short-term actions that will help mobilise finance by 2025 and also provide a foundation for further progress as comprehensive frameworks and new technologies emerge.

The views expressed in this article are those of the author alone and not the World Economic Forum.