THE REAL WORLD: NEW JERSEY — Across the country, environmental justice has become a buzzword deployed in goals, aspirations and administration actions.

But in New Jersey, officials are getting real: They’re putting the finishing touches on rules designed to block construction of heavy industrial facilities in “overburdened” communities. Lawmakers in other states appear to be watching the developments as they think about laws of their own.

Companies have often been able to run roughshod over local opposition in such communities to build or expand industrial operations that pollute the air, water and land, and destroy quality of life.

The new rule is the result of a 2020 law that environmental justice advocates hailed as a “holy grail” and have been watching closely. Similar bills had been kicked around for years, but it was the national outrage over the murder of George Floyd that got it over the finish line in New Jersey, said state Sen. Troy Singleton, the Democrat who helped shepherd the bill to passage.

Now, Singleton said he is talking with policymakers in other states, including Pennsylvania, Maryland and Delaware, about similar bills they have pending. The head of the New York Senate introduced a similar bill, but it didn’t move during the just-ended legislative session.

“I do think this is precedent, but I do believe in the crawl, walk, run theory of life,” Singleton said.

While the New Jersey law is broad, it also has limitations. It would prevent construction of facilities that would disproportionately affect communities already suffering from smokestack emissions, truck traffic and other pollution sources. It attempts to address cumulative pollution — a major shift from current law, which examines each industrial facility’s impact in isolation.

“It’s not like we have compartments in our lungs where they each go through a different compartment,” said Nicky Sheats, a professor at New Jersey’s Kean University and an environmental justice activist. “We breathe them in together, and it mixes and that’s not being taken into account.”

But the law only applies to eight types of facilities, including incinerators, sewage treatment plants and landfills, and it includes a blanket exemption for ones that are in the “compelling public interest,” which is still undefined. (The proposed rule does specify that economic activity alone doesn’t constitute a compelling interest.)

It will likely take years of implementation and legal challenges to know whether the law and the rule are doing what environmental justice activists have hoped for, but Singleton has an easy test for its success.

He heard about a game that children played in Newark’s Ironbound neighborhood, one of the state’s most notoriously polluted and overburdened communities: They played at guessing what plant was operating by the smell in the air. Another gas-fired power plant is still on the drawing board there and isn’t subject to the new law.

“When they no longer have to play that game, then I think we’ve done our job,” Singleton said.

At America’s beverage companies, we are committed to reducing our plastic footprint. That’s why we’re carefully designing our plastic bottles to be 100% recyclable, including the caps. Our goal is for every bottle to become a new one, so they don’t end up in our oceans, rivers and landfills. Visit EveryBottleBack.org

Want more? Don’t we all. Sign up for the Long Game. Four days a week and still free!

WEST VIRGINIA VS. WALL STREET — West Virginia financial regulators are preparing to blacklist six of the nation’s biggest financial firms over their support for ESG policies, our Jordan Wolman reports.

Placement on the state’s Restricted Financial Institution list would leave the firms ineligible to enter into or remain in financial contracts with the state. They have 30 days to respond with information showing they’re not boycotting the fossil fuel industry.

Riley is following in the steps of Texas, which sent letters to 19 institutions in March. Most responded by declaring their commitment to the fossil fuel industry. That list is expected to be complete by Sept. 1.

Kentucky Gov. Andy Beshear, a Democrat, signed a similar bill into law earlier this year. It’s part of a wave of bills pushing back against ESG financing, with mostly-Republican leaders claiming that financial firms are choosing politics over sound lending practices by reducing their funding of fossil fuel projects to appease activist investors.

It’s a lot: The administration wants to prevent the National Flood Insurance Program from insuring newly built homes in flood-prone areas, stop writing new policies for all commercial properties, drop coverage for homeowners who receive repeated claims payments and require homebuyers and renters to be told about a property’s flood history before they buy or lease a residence, according to a 104-page legislative package sent to congressional leaders last month.

“The availability of flood insurance creates a moral hazard,” the administration wrote in its package. “The NFIP must have better tools to address insured structures that have experienced multiple flood claims.”

The proposals could slow coastal development by making it harder to get insurance in flood-prone areas. A former FEMA administrator says they’re long overdue:

“Let [the] private sector price it, market it, and if you can’t afford private-sector prices for flood insurance, maybe you shouldn’t be building there,” Craig Fugate said. “If you’re really going to be serious about addressing climate impacts, you’ve got to price the risk.” 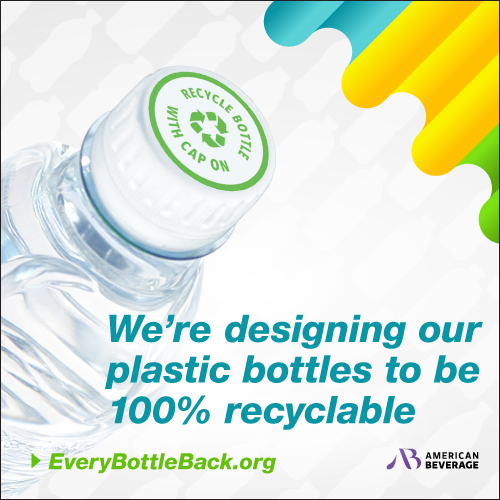 The guidelines the Biden administration released last week as part of the $7.5 billion for EV chargers in last year’s bipartisan infrastructure law are a tacit acknowledgment of inconsistencies that make chargers hard to access:

“Currently, there are no national standards for the installation, operation, or maintenance of EV charging stations, and wide disparities exists among EV charging stations in key components, such as operational practices, payment methods, site organization, display of price to charge, speed and power of chargers, and information communicated about the availability and functioning of each charging station,” the guidelines say.

By using the funding to set ground rules, “What we’re going to see is cohesion now,” said Nick Nigro, the founder of Atlas Public Policy, an EV advisory group. “This rulemaking is going to build a solid floor on which to build a national charging network.” More from David here.

Still: Roadblocks remain. Western states are raising concerns that the feds’ rules are too onerous for rural America. Some are planning to ask for waivers so they don’t have to install a fast charger every 50 miles or site them within one mile of highway exits, the Wall Street Journal reports.

— The fashion industry has been considering petroleum-produced vegan leather more sustainable than cotton, wool or leather, the NYT points out.

America’s leading beverage companies – The Coca-Cola Company, Keurig Dr Pepper and PepsiCo – are committed to reducing our industry’s plastic footprint through our Every Bottle Back initiative.

Learn how our bottles are made to be remade:

Made to be remade: We’re carefully designing our plastic bottles from PET, which is the most valuable and recyclable plastic available.

Community recycling: We’re investing in communities across the country to improve recycling infrastructure, so even more of our bottles can be collected and remade into new bottles.

Not all plastic is the same: Our bottles are sorted and separated from other plastics, so they can be cleaned and ground into pellets to make new bottles.

Closed loop: We use the recycled plastic to make new bottles, reducing the amount of new plastic we use and preventing our bottles from ending up in the environment.

Learn more about our efforts at EveryBottleBack.org