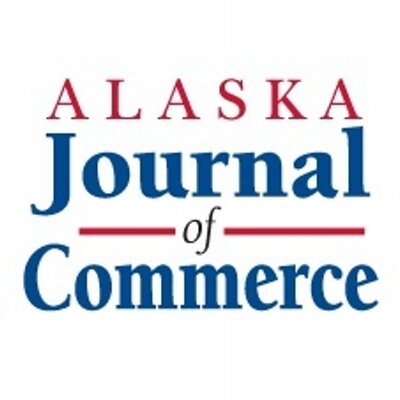 Maddox grew up in Anchorage, and attended Oceanview Elementary, Hanshew Junior High, and Service High School. While being stationed around the country as a military spouse, she obtained a Bachelor of Arts degree from Fayetteville State University and obtained her Juris Doctor from Seattle University School of Law.

As AOGA’s regulatory and legal affairs manager, Maddox will be responsible for evaluating government’s actions and initiatives, and coordinating AOGA’s review and response to such initiatives, including preparing written and oral testimony at public hearings; managing litigation issues with outside counsel; and directing AOGA’s legal and environmental committees.

Wright earned her bachelor’s degrees in marketing and investment finance from the University of Alaska Anchorage in 2010. She later returned to UAA in pursuit of a Master of Business Administration, which she earned in 2015 with an emphasis in business intelligence and data analytics.

Prior to joining AEDC, Wright served the State of Alaska as deputy director of the Division of Motor Vehicles where she led the modernization of the department and oversaw an operating budget of $17 million.

As AEDC’s vice president, Wright is responsible for managing and supporting the successful deployment of strategies, programs and initiatives that promote the growth of the Anchorage economy.

Former Stoel Rives’ partner S. Lane Tucker has been appointed by the U.S. District Court of Alaska as United States Attorney for the District of Alaska. She has more than 30 years of experience in federal government contracting, health care fraud disputes, bid protests, construction and injunctive litigation. Before entering private practice in 2010, Tucker was an assistant U.S. attorney, serving as the civil chief for the U.S. Attorney’s Office in Anchorage; a trial attorney with the U.S. Department of Justice in Washington, D.C.; and an assistant general counsel with the U.S. General Services Administration. She is a past president of the Alaska Chapter of the Federal Bar Association and was section chair for Alaska for the Public Contracts Section of the American Bar Association. Tucker received her law degree from the University of Utah and undergraduate degrees from Mary Baldwin College and Oxford University.

Richmond & Quinn, a civil defense firm based in Anchorage, announced that James S. Nolan has become a partner with the firm. Nolan’s practice focuses on personal injury, product liability and employment litigation defense. Nolan has been in private practice in Alaska for 6 years, advising clients on matters arising in the tourism, transportation, energy and hospitality industries.

As the Manager of Strategic Engagement at the University of Alaska Center for Economic Development (UA CED) at the UAA Business Enterprise Institute, Fliss is a lead instructor for the organization’s Upstart Alpha Startup Accelerator and the Upstart Intern program, which connects students to startups.

The EDP credential, a new credential offered by the International Economic Development Council (IEDC), is designed to build the foundational skills of those supporting entrepreneurship in their communities.

Fliss holds a Master of Public Policy from Mills College and a Bachelor of Arts in Political Science and Government from the University of Alaska Fairbanks. She is a certified Strategic Doing Workshop Leader, currently serves on the boards of the University Economic Development Association and thread, and is a member of the UAA Center for Community and Engaged Learning Advisory Council. She also serves on the Collaborative Advisory Group for the newly formed Ecosystem Builders Leadership Project.

Ahtna Global, LLC announced Charles Clyde joined its construction division as a Senior Site Superintendent. Based at its California office, Charles has 25 years of experience as a construction site manager for environmental and hazardous waste projects, in addition to horizontal and vertical construction having worked 27 years as a Contractor Quality Control Systems Manager for Gilbane. As Senior Site Superintendent, Charles is responsible for all on-site construction; engagement with field staff, craft employees, subcontractors, and suppliers; leading resolution of issues; and overseeing and working in hand with safety and quality control personnel.

Ahtna Global, LLC announced Curtis Huffman joined its construction division as a Senior Construction Manager. Based at its Palmer office, Curtis has 12 years of experience in heavy civil construction and design.

Ahtna Global, LLC announced Jacob Marker has joined its SWE environmental division as a Geologist II. Jacob will primarily be supporting the PFAS projects in Arizona and Nevada region for various federal clients. He is responsible to collect soil samples and log soil cores to characterize contamination and soil lithology and assists in the development and sampling of monitoring wells.

Ahtna Global, LLC announced Ryan Jones joined its construction division as a Senior Site Superintendent. Based in its Anchorage office, Ryan has 15 years of experience in Alaska construction, including door installation, CUI insulations, welding, and carpentry. As Senior Site Superintendent, Ryan is responsible for all activities at the construction site while working with the quality control manager and field staff to ensure project quality, safety and time management.