Inside EintrachtTech, the startup helping to power a Champions League push

Eintracht Frankfurt’s win against Rangers in the Uefa Europa League final means a return next season to the continent’s top club soccer competition for the first time since the German outfit lost the 1960 European Cup final to Real Madrid in Glasgow.

Since then, Die Adler have been semi-regulars in the competitions below the Uefa Champions League but also had to watch on as the rich got richer and an increasingly small cabal of clubs tightened their grip on the elite tournament. For the most part that meant Eintracht missed out on Europe’s broadcast rights revenue boom, while they do not have the backing of a rich oil state, a benevolent oligarch or a multi-billion dollar drinks brand to help them keep pace. Instead, to reach and remain at Europe’s top table the club has had to be smarter than its rivals.

On the performance side there has been shrewd recruitment and coaching, but on the business side there has been a bold turn to innovation. Unique to European soccer, Eintracht launched their own technology subsidiary in 2019 which is now starting to bear fruit as a revenue generator. 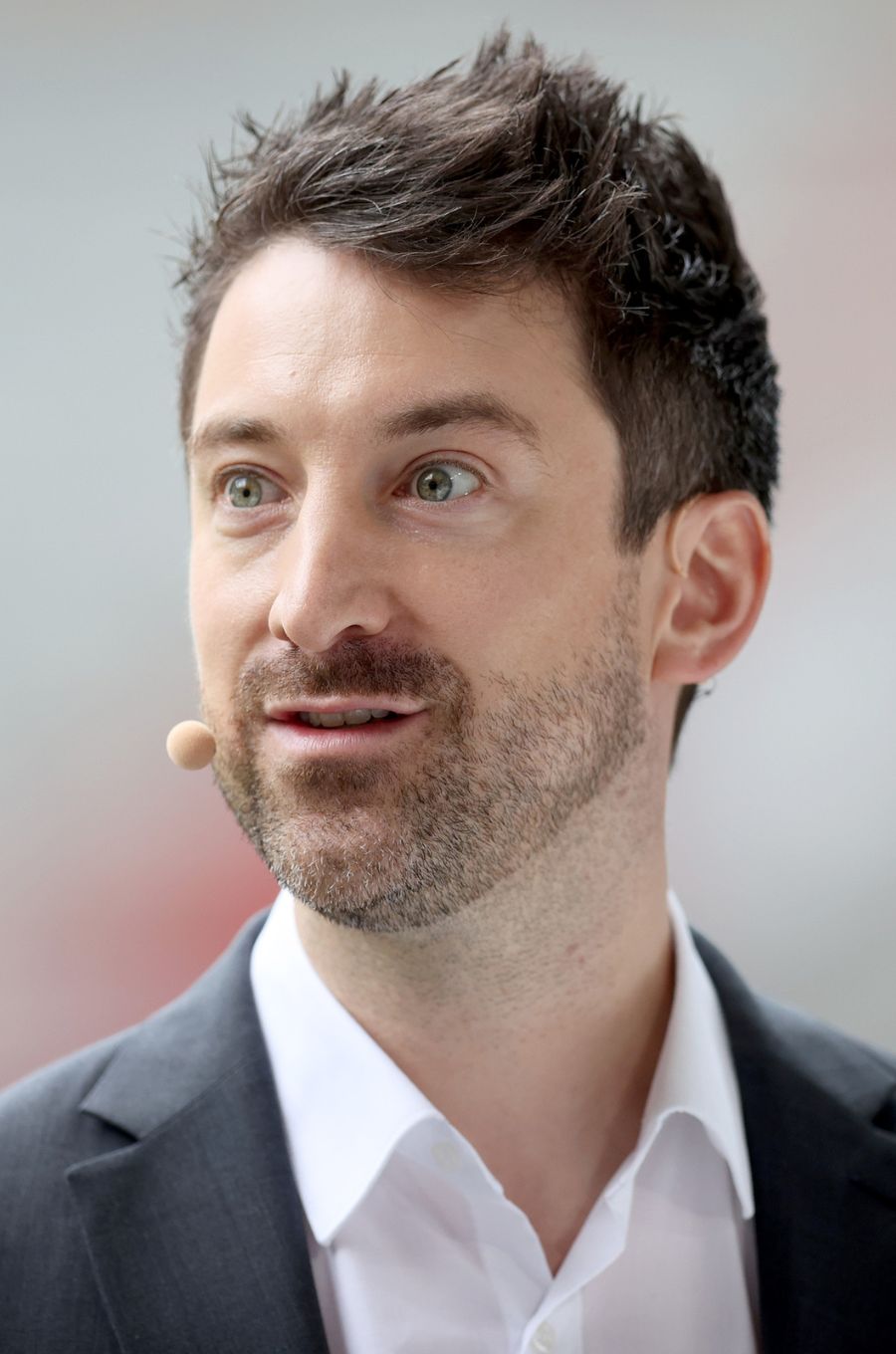 Timm Jäger (pictured right), whose move into the soccer business came after stints as a strategic consultant at Boston Consulting Group and leading the planning team at BMW Group, was appointed by his boyhood club in 2017 to develop the club’s digital business models. It quickly became apparent to Eintracht’s leadership that for them this was not possible within the club’s existing structure, leading Jäger to conceptualise what would eventually become EintrachtTech.

Jäger is now chief executive of EintrachtTech where he has established the four pillars within which the company seeks to generate additional revenue for its parent soccer club. These are the in-house Mainaqila platform, its smart stadium initiatives, an esports operation and EintrachtTech’s collaborative accelerator programmes.

“Since we do not have external investors and do not play Champions League every year of course we have a financial disadvantage,” Jäger explains to SportsPro. “We would like to compete with these clubs on the pitch and to be able to get the best players you have to be also competitive financially. That was the reason that we said: ‘OK, we have to be more innovative than other clubs, more digital than other clubs.’”

There is certainly momentum building at the company’s office on Im Herzen von Europa. Mainaqila, which combines content, ticketing, ecommerce and fan engagement tools, has won several awards, while Eintracht’s League of Legends team just claimed its first international title. In 2020, the club agreed to take on the venue operator brief for Deutsche Bank Park from the local authorities, with plans – in addition to expanding the venue – for Jäger and his colleagues to create an ‘Arena of IoT’. EintrachtTech also recently became a partner in a ground-breaking autonomous vehicle project in Frankfurt.

This, however, has not happened overnight and Jäger is grateful to Eintracht’s board for staying the course with the EintrachtTect.

“I mean if you’re doing a tech startup, not everything works the first time,” he says. “So it’s definitely something that you have to constantly focus on and a key driver was the constant support of the top management. Because, if you don’t have that, you can never do such project – you have to invest in the first years and basically take money away from the traditional sports areas.”

Eintracht have invested significantly in the project. Jäger reveals the total figure is in the “low double-digit millions”. This went into the people and technology that service each of the aforementioned four pillars, but in a controlled way. The size of EintrachtTech’s workforce swells and subsides based on projects, with a startup partner providing developers that allow the company to be flexible in bringing in additional hands when required.

The key development project is the Mainaqila platform, a catch-all hub for Eintracht fans but also a key tool for the club in gathering data to increasingly serve those supporters better. By developing something that unites such a broad spectrum of fan touchpoints, EintrachtTech sought to give the club independence from third-party firms and also retain complete ownership of fan data.

Jäger explains: “So, on the one hand, we can say: ‘Dear fans, we absolutely guarantee the protection of your data,’ because it’s only used [by the] club internally. We don’t want to sell it.

“And, of course, it ensures that we can work with the data to develop new digital data-driven business models. Of course, we’re using the data, but only internally to develop new products and new services that the fan benefits from.

“We have our own data analysts within EintrachtTech and since we own every digital touchpoint with a fan, we generate a lot of data and we can really generate a comprehensive view of every fan – on his or her buying preferences, content preferences, and so on.”

Before embarking on the project to develop this platform in-house EintrachtTech took pitches from well-known players in the ticketing, ecommerce, app development, analytics and CRM fields but ultimately felt that it wanted a comprehensive ecosystem that ensured fan data was not siloed depending on where it entered the business. If an Eintracht season ticket holder watched some club content and then made an ecommerce purchase off the back of it the club wanted to know about every part of that journey.

Big technology companies offered the possibility of creating such a product for Eintracht, but this would have been very expensive. While the solutions the club wanted do exist, most of the time they were created for general industries and not for the unique demands of a sports business, with any additional customisation for the club therefore adding another layer of expense.

“With having that in mind,” says Jäger, “the IT infrastructure – of course a lot smaller – is like a little Amazon.”

He adds: “Of course it was a big risk – we had no software developers at the beginning – but we really thought we could [create this platform] by ourselves.”

This level of data oversight now not only benefits the club but also extends to Eintracht’s partners. The club now sells tickets for public transport, insurance and energy tariffs to its fans via its platforms.

Deutsche Bank, the locally-based financial services giant which puts its name to Frankfurt’s home at a reported cost of €5.4 million (US$5.6 million) per year, provides another example of this deep partner integration with the Mainaqila platform. The ‘Mainpay’ feature, built in partnership with Deutsche Bank and Mastercard, is an in-house digital wallet, but unlike some team-operated payment platforms the EintrachtTech solution works beyond the confines of the stadium, acting as a viable alternative to the likes of Apple Pay or Google Pay for Eintracht fans.

This kind of joined up thinking is also evident in Deutsche Bank Park, where EintrachtTech is working to create what Jäger calls a “smart building”. In addition to hardware upgrades like dynamic lighting, the video cube that is suspended above the pitch and digital signage, EintrachtTech is also investing in network projects that service Internet of Things (IoT) technologies. In turn, these service intelligent facility management, energy management and the autonomous driving project.

While this has not come cheap, EintrachtTech hit breakeven in year three and is now cash positive, contributing to overall club profits.

Having developed such a specialised digital platform for the sports industry, EintrachtTech is now entering the next phase of its evolution as it becomes a technology seller. Jäger describes this as a “value add” for the club. A direct result of having successfully developed tools for use in-house is that if they work there will be a market for them externally.

“We have the full intellectual property of [those solutions] and if it works obviously for a football club like Eintracht Frankfurt, for us the logical next step is to offer that to other clubs,” says Jäger.

Initially this will be done in German-speaking territories, with those pilot project clubs easing EintrachtTech through that transition into acting more like a third-party provider, but ultimately the plan is for this to be expanded further afield.

“We are already profitable and of course white-label sales will make EintrachtTech even more profitable,” says Jäger.

However, this kind of offering will inevitably come with the cost of increased staff required to service the B2B relationships. At the time when there is such a need, the idea is for EintrachtTech to find an external partner or seek a joint venture to provide the manpower for implementation and management of its white-label products.

Jäger wants to take this approach so his team can focus on creating the next innovation rather than servicing existing ones. He also reveals that EintrachtTech’s next strategic phase will include investment in other startups. The firm has run accelerator programmes in the past and will continue to do so as a core business pillar. But as EintrachtTech has grown, those increased resources mean it can spread its reach a little wider.

“When we started we were a very small tech company, now we are getting bigger and bigger,” explains Jäger.

“We just recently did our first minor investment in a startup coming from the blockchain ecosystem. At the moment I cannot tell the name, but this is the first step and I’m pretty sure in the upcoming years it won’t be our last investment.

Next on the agenda for EintrachtTech is also the development of more IoT-related infrastructure at Deutsche Bank Park, while the 2022/23 season will also see the introduction of at-seat ordering in the stadium and – of course – there are also Web 3.0 projects in the works. Eintracht were the first soccer club in Germany to launch virtual merchandise as non-fungible tokens (NFTs) and there will be more done in this area.

“As soon as we identify a new interesting business area, we go into that and if it has potential and if a first pilot project works out, then we can start, we can hire new people to build up these business areas,” says Jäger. “It’s definitely not that we are limited to the four business areas mentioned before.”

However, he adds, this must not be taken as a one-size-fits-all lesson for soccer clubs.

“Not every club has to go in such direction,” Jäger begins, “but at least every club has to develop – I think – its digital strategy or its digital roadmap, to think about what can be done in-house and what should be done externally. Then, also, which areas are interesting for us as a club compared to other clubs, because some other clubs might think IoT is not interesting as they don’t own their stadiums or other clubs might think esports is not interesting – that’s absolutely legitimate.

If you want to access more tech content, why not explore Ignition, SportsPro’s new home for everything that connects sports and technology? The Ignition member community is for creative, tech-enabled disruptors driving the future of sports business, from startups, big tech, investors and rights holders. Join our free Ignition platform here, or enquire about membership options.