The art of the plastics deal- POLITICO

PERFECT, MEET GOOD — The plastics crisis has gotten lawmakers’ attention in state capitals across the country. Now it’s pragmatists versus idealists as the sausage gets made.

It’s a banner year for “extended producer responsibility” bills, which set targets for reducing and recycling products, and task industry-backed groups with meeting them and raising the necessary funds. Legislation to reduce plastic packaging waste in particular is at a record high, with 20-odd measures introduced across the country, according to the Product Stewardship Institute, a nonprofit that advocates for EPR.

There’s a fundamental split in many states between groups arguing that industry needs to be at the table and those who don’t trust it to govern itself.

One make-or-break battle is in California, where a ballot initiative to tax plastic, ban Styrofoam and set recycling targets has scared industry enough to get them to negotiate a compromise bill. They’re close to an agreement with environmental groups on a bill that would set up an EPR program — and require plastics manufacturers and producers to pay $5 billion over 10 years for environmental cleanup.

Plastics companies don’t necessarily love the deal, but they dislike direct regulation even more. Dow Inc. donated $10 million last week to oppose the ballot initiative and Dart Container Corp. put in another $1 million. Some environmentalists, meanwhile, see the fact that some industry is okay with EPR as reason enough to be skeptical.

“Their whole business model is based on lying to the consumer, specifically about the recyclability of their products,” said Jane Williams, executive director of California Communities Against Toxics. “Why would you trust those guys to regulate themselves?”

Another big sticking point is the role of “advanced recycling,” a common plank in EPR bills. It’s a broad term that refers to breaking down plastic through heat or chemicals and making it into new plastic. Environmental and environmental justice groups express concern about where the processing facilities will be located — and are wary of industry support for the concept.

Broad packaging and paper EPR bills in New York failed to gain traction this year as groups split. Some environmental groups were supportive of a compromise. Others took a hard line and called for definite, statutory mandates on recycled content and other metrics to reduce waste. They also raised the alarm as the American Chemistry Council backed the allowance and limited regulation of “advanced recycling.”

The result: no new laws.

“It’s a shame,” said state Sen. Todd Kaminsky (D-Long Island). “We’ve managed to do nothing, while the packaging people put on their curbs and think is going to be recycled is actually going to a landfill.”

A bill that Colorado Gov. Jared Polis signed into law this month addressed the advanced recycling question by excluding fuel production or waste-to-energy facilities from the EPR system. Still, environmental justice advocates wanted limits to the use of toxic chemicals in packaging — something that did not get into the bill.

Colorado became the third state after Maine and Oregon to get an EPR system on the books through legislation. The new law had the support of local recycling groups and big-name brands like the American Beverage Association, the World Widlife Fund, Walmart and Nestle.

“There was tension,” said Kate Bailey, policy and research director at Eco-Cycle Inc. “These are not groups that typically work together. Some of what you see coming up across the country were exactly some of the things we grappled with — the role of advanced recycling, toxic chemicals in packaging, could we include recycling or reduction targets — some of those things we worked through out here.”

These tensions are resolvable, in the view of EPR advocates.

“This is totally doable if everyone comes together, so that’s why it’s so disappointing to see so many normally aligned groups backbiting,” said Heidi Sanborn, founder and executive director of the National Stewardship Action Council, who’s helping negotiate the California bill. “They’re in search of the perfect. We can wait to get everything we want, but that has led to getting nothing.”

The sponsor, state Sen. Ben Allen (D-Santa Monica), says he’s “confident” about the deal, which will face its first committee hearing today. It needs to pass the Legislature by Thursday to meet the deadline for the initiative proponents to remove their measure from the November ballot.

The crisis is Ukraine is driving home the importance of American energy independence. The U.S. can invest today to make that happen by supporting clean energy tax credits. Learn more here.

Want more? Don’t we all. Sign up for the Long Game. Four days a week and still free!

Thanks to Marie J. French for the assist. 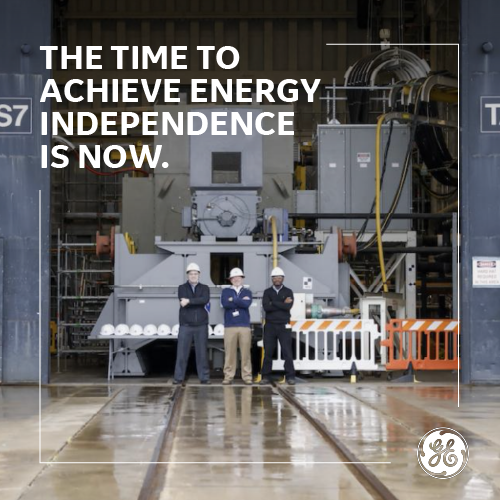 Citigroup, JPMorgan Chase, Bank of America and Goldman Sachs have already told employees they will cover travel expenses for employees seeking abortions who don’t have access near where they live. Starbucks, Amazon, Grubhub, Dick’s Sporting Goods, Disney, Meta, Tesla, Apple, Salesforce, Uber and Lyft have also offered employees assistance, according to our Kate Davidson over at POLITICO’s Morning Money.

But by and large, major companies have stayed away from public posturing (with the notable exception of Patagonia, which said it would post bail for employees arrested while protesting the decision).

It’s a striking contrast to their stances on other hot-button issues like LGBTQ+ rights and, to a lesser extent, gun control. There’s more potential downside for them on abortion, business experts say.

“I think if they can, they will stay away from public statements because there is too much risk of alienating one group or another, any of whom could be customers,” said Sandra Waddock, a scholar of corporate responsibility at Boston College’s business school. “Gun safety, while fraught, is less of a personal issue, so companies may be more responsive to that. They are clearly more responsive (at least rhetorically…) to issues around sustainability and climate change because that seems to enhance their reputations, which is what they care about in this context.”

Blue-state governors are seeing an upside. Even before the final decision came out, they were openly wooing businesses based on their attractiveness to female employees, MarketWatch reports. New York Gov. Kathy Hochul wrote an op-ed last month touting the state’s access to top talent, and New Jersey Gov. Phil Murphy wrote a letter to nearly 60 companies warning of “the chilling effect this decision will have on your ability to attract and retain top female talent by being located in a state which has refused to recognize women’s reproductive freedom.”

It’s a line from Justice Samuel Alito on page 63 of the decision that argues earlier abortion cases have “diluted” the law and “ignored the court’s third-party standing doctrine” — which generally requires parties before the court to have some proof of injury. It could forewarn rulings that narrow groups’ ability to bring lawsuits.

“Restricting third-party standing, which is a major tool for civil society groups in environmental litigation, is clearly within the court’s sights,” said Josh Gellers, a professor at the University of North Florida who studies environmental politics.

Read more from Lesley and Pamela.

Together with our customers, GE provides one-third of the world’s electricity. As the only U.S. company developing breakthrough technologies across wind, gas, grid and nuclear, we support clean energy tax credits to help ensure a more secure energy future for our country.

GE urges Congress and the Biden administration to work together to enact clean energy tax credits to provide the U.S. energy industry with certainty and support for the future. Learn more.

The group counts 230 actions across nine federal agencies since April 2021, including publicly affirming climate change as a systemic risk and assessing particular risks to lower-income communities, communities of color and indigenous communities. It’s an improvement from last year’s scorecard, which found the agencies “lagging far behind their global counterparts.”

— Headline says it all: “Scientists unveil bionic robo-fish to remove microplastics from seas.”

— Stanford’s new sustainability school is getting pushback from students.

— The rebuilding of Notre-Dame Cathedral will include more trees, pedestrian access and a water feature to help the area adapt to climate change.

2022-06-28
Previous Post: Groups Petition EPA to Address Longstanding Environmental Justice Violations in Texas’ Air Permitting Program
Next Post: What it would take to set up an African drug discovery ecosystem