Trees wouldn’t be able to survive if it weren’t for the massive networks of fungi operating below ground.

Out of sight, these microscopic fungal filaments pervade the soil, much like a subterranean internet, helping connect plants and trees to each other.

They can use this system — sometimes called the “wood wide web” — to exchange water, nitrogen, carbon and other nutrients, or even get advance warning of threats.

Mycorrhizal fungi networks have been around for more than 400 million years. And according to ecologist Thomas Crowther, they act as a type of “brain of the forest” that works to keep the entire ecosystem healthy.

“Mycorrhizal fungi are absolutely essential to the functioning of about 90% of the world’s trees. One couldn’t really exist without the other,” says Crowther from ETH Zurich, who was among a team of scientists to develop the first ever global map of the wood wide web. 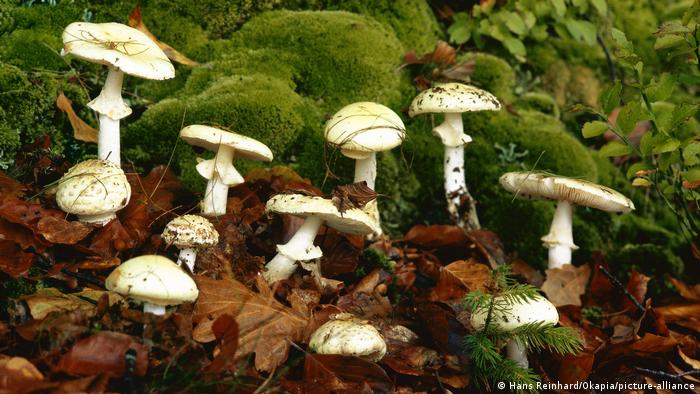 So how does it work?

Trees and plants have a symbiotic relationship with the mycorrhizal fungi that weave around and bore into their roots. The plants pass their fungal partners carbon, and in return they get nutrients such as phosphorus and nitrogen that the fungi take from the soil.

But beyond that, plants also use this extensive underground web of fungi to interact with each other, moving information, nutrients, sugar and water to other trees in the system that need it most.

“Trees that are struggling for nutrients will often be enhanced by the network because the fungi will redistribute nutrients towards those struggling trees or areas where there’s been a lot of insect damage,” Crowther said. “This connectivity is what keeps the whole system going.”

When seedlings get hooked up to the network, they can get an injection of nutrients and water from more mature trees. This helps them grow and develop resilience in the face of stress. Dying trees can also use the web to transfer their nutrients to neighboring plants.

Trees can receive early warning signals about threats via the network if a neighbor is under attack — for example, from aphids or caterpillars — and preemptively produce defensive chemicals to protect themselves from an assault.

When trees die, so do the underground fungi

According to the UN, around 178 million hectares of forest — about triple the size of France — have been lost over the past three decades. When trees are cut down, the fungi underground is also destroyed. Researchers have found that logging can slash the abundance of mycorrhizal fungi in the ground by as much as 95%.

Rising temperatures associated with climate change could also see fungi that lock carbon away for longer periods replaced by a fast-cycling variety that “could potentially drive carbon losses into the atmosphere,” according to Crowther, leading to additional warming.

Mycorrhizal fungi have been underpinning life on Earth for millions of years. By disrupting the complex webs they form beneath our feet, we are also endangering the organisms we depend on to survive.