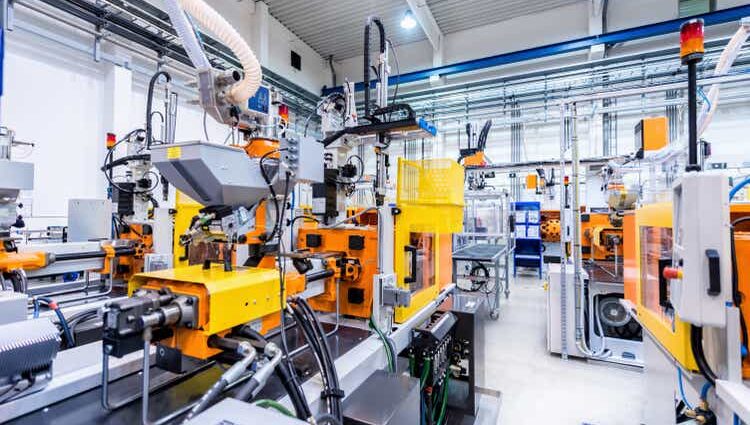 From time to time, Oyat publishes articles on companies that are little-known to the broader investment community. This is mainly due to the fact that as global investors, we seek out opportunities in both developed and selected emerging markets. Moreover, being active managers, we try to differentiate the source of our investment returns from the broader market, in other words consider stocks that aren’t restricted to large index constituents.

As a case in point, today’s article focuses on a company that most investors have likely never heard of, Haitian International Holdings Ltd (OTC:HAIIF). In fairness, we have only recently started following the company as of last year. And yet, it is not unlikely that many of us have come into contact with the many products that the company’s machines produce, whether driving our car, using electronic devices, unpacking a consumer good, or using a medical device. So let’s get right into it and review the company using our standard process and template.

The origins of Haitian International Holdings Ltd. (thereafter simply referred to as ‘Haitian’) can be tracked back to 1966 and the founding of the Jiangnan Agricultural Machinery Plant. The company delivered its first-ever plastic injection machine (PIMM) in 1973, following with the brand name Haitian being registered in 1985. The components of that name (Hai: water) and (Tian: heaven) are meant to denote a corporate culture of continuous adaptability to customer needs, innovation, and entrepreneurship – instilled by the founder since the company’s inception. In 1989, as China’s government loosened the economic environment and removed trade barriers, Haitian was one of the first Chinese companies to start exporting its products internationally. In the following years and decades, Haitian progressively expanded its production capacity with the construction of several plants domestically and abroad, while also expanding its sales and research network internationally (first joint venture in Germany in 1998, expansion in Turkey in 2001, Brazil in 2004, the acquisition of Germany-based Zhafir Plastics Machinery GmbH in 2007, the opening of a technology center in Japan in 2010, expansion in Vietnam in 2011, India in 2014, Indonesia and Mexico in 2015, and Thailand in 2016).

In 2006, the company was restructured with the founding of Haitian International Holdings Ltd. and the listing of a portion of the company’s share capital on the Hong Kong stock exchange (HKG: 1882).

As of the end of 2021, Haitian has a total production area well in excess of 1 million square meters, with 8 major production facilities in mainland China, and 4 production plants in Vietnam, Germany, and India. The company employs nearly 7,000 people worldwide.

The majority of sales, representing 69% of total, originated from the domestic Chinese market, while the remaining 31% were international sales.

Looking at sales by product series, we can see that the servo-hydraulic solutions, including the Mars series, dominate the product mix (representing 68% of total sales), while newer generation product series such as the Jupiter and Zhafir have been growing at about twice the pace of legacy products since 2014.

We unfortunately do not have much precise data on the ultimate end market exposure of Haitian’s machine sales, although we can safely assume that the largest one is the automotive industry. Other key exposures are likely to include electronics, consumer goods, medical devices, and general manufacturing.

According to a report by Allied Market Research cited in an article by EINPresswire.com, the global plastic injection molding machines market was valued at $8.3 billion in 2020, and is projected to reach $12.7 billion in 2030, growing at a compounded annual growth rate (CAGR) of 4.9%.

Finally, geographically, we can note that the Asia Pacific region accounted for nearly 50% of the global market in 2020, and is expected to continue to be the fastest-growing market in the years to come.

In this niche yet important segment of the broader industrial machinery space, Haitian holds the global leading market position. While precise data is hard to come by without access to professional market studies, it is estimated that Haitian’s market share of the domestic Chinese market is approx. 40%, as stated by ETNET in an article that makes reference to an initiation note by Credit Suisse dated January 2022. This is understood to be largely ahead of its peers. Looking beyond China, we estimate that Haitian accounts for approx. 25% of the global market for PIMMs, likely making it the largest manufacturer worldwide.

Haitian competes with a number of domestic and international firms, some of which are solely focused on manufacturing PIMMs, others which also engage in other business activities. While many of Haitian’s publicly-listed peers are located in the Asia Pacific region, a number of key competitors are private companies, including in Germany and North America.

As shown below, Haitian ranks as the largest of the ‘pure-play’ PIMMs manufacturers, both by revenue and market capitalization. One can also observe that the company ranks favorably against peers in various metrics such as profitability and ROA/ROE, oftentimes taking the top spot. This shouldn’t come as too big a surprise, as Haitian is the largest player in this market, and such a leading position typically confers certain advantages. For one, it clearly demonstrates that the company’s products have adequately met the needs of customers, at least historically. You don’t get to deliver over 350,000 machines of the Mars series alone since 2006 if your product is sub-par. Likewise, scale also confers competitive advantages in terms of production costs, and capacity to innovate via R&D budgets that are larger than competitors. As a small anecdote, which speaks volumes about the company’s innovation potential, three times to date already, Haitian has built what was the biggest injection molding machine on the market at the time: a machine with a clamping force of 25,000 kN (2,500 tons) in 1997, 40,000 kN (4,000 tons) in 2004, and 66,000 kN (6,600 tons) in 2014.

Overall, as the world’s largest PIMMs manufacturer, we believe Haitian to be in a fairly strong competitive position, with durable competitive advantages in terms of scale, technology and innovation leadership, as well as intangible assets such as branding.

As shown below, Haitian runs a business that is very nicely profitable with remarkable consistency. Over the past decade, operating margins have averaged 21%, and have fluctuated 18% and 24%, despite some variations in sales volumes and input costs. This implies a certain degree of operational & cost flexibility, as well as pricing power. This, together with a fairly attractive level of capital efficiency – with about RMB 1.2 of sales being generated for every RMB 1.0 of invested capital – has led to very respectable levels of return on investment, with ROIC in the mid- to high-teens. The ROA figures might appear as low and somewhat disconnected with the ROIC figures, but here it is important to note that Haitian has historically always maintained a very strong balance sheet, with cash & equivalents representing about a third of total assets on average since 2003, which clearly impacts the ROA ratio.

Since its listing in 2003, Haitian has achieved a high level of growth in sales and earnings, growing at a CAGR of 12.2% and 13.7% respectively. Impressively, growth has only slowed marginally this past decade, and remains well into double-digit territory. Evidently, Haitian’s growth seems to have surpassed that of the broader market for PIMMs, which implies some market share gains over time.

Admittedly, Haitian’s business is a fairly capital intensive one, both in terms of fixed assets and working capital requirements. As shown below, about 30% of sales is typically tied up in running the business, with meaningful inventory levels, and generous payment terms to customers (although both of these metrics have been improving slightly over time). On the other hand, payment terms to suppliers are equally generous. As shown below, the company generates solid levels of cash from operations fairly consistently, averaging approx. 125% of net income, which implies a high level of earnings quality. However, capital expenditures have been sizable, as the company has continuously expanded its production capacity, and capex/sales has averaged approx. 6% over the past decade. Bringing it all together, we can see that free cash flow conversion is very acceptable, averaging approx. 15% of sales and nearly 90% of net income.

As is quite common with family-owned businesses, Haitian is in a very strong financial position. As shown below, Haitian has essentially run its business without any meaningful financial leverage for the past decade and beyond. As previously mentioned, the company has always held large cash balances, over RMB 10 billion as of the end of 2021, representing about 40% of total assets and of its market capitalization as of today. Factoring in the small amount of debt the company has, the net cash position amounts to over 30% of today’s market capitalization.

Approximately 60% of the company’s share capital is held by 3 corporate entities that are owned by the Zhang family, which founded the company: Sky Treasure Capital Ltd. (27.2%), Premier Capital Management Ltd. (21.3%), and Cambridge Management Consultants Ltd. (11.8%). The remaining 40% are freely-floated on the Hong Kong stock exchange.

As we’ve stated many times in past, we generally have a positive inclination towards family businesses, and like the owner-operator model, it creates a strong alignment of interests between corporate officer and other stakeholders. Does it not strike everyone as absurd and perilous that the vast majority of corporate officers are not only excessively remunerated, but most importantly put in charge of making critical decisions for which they suffer little monetary consequence for being wrong? This is clearly not the case for Haitian. Not only are corporate officers adequately remunerated, they also clearly manage the business in the best interest of long-term shareholders, in other words in their own self-interest, as well as that of all other shareholders alongside them.

This becomes even more evident as one studies their capital allocation decisions over the long-term. The lion’s share of cash from operations has been returned to shareholders via dividends, with an EPS payout ratio of 30-50% on average, and special dividends such as last year when excess cash builds up on the balance sheet.

Beyond returning cash to shareholders via dividends, the other main uses of cash have been focused on thoughtful investments in fixed assets and working capital to grow the business organically, as well as very rare strategic acquisitions, such as the purchase of Germany-based Zhafir Plastics Machinery GmbH in 2007.

A fairly conservative DCF-based valuation yields a fair value estimate of approx. RMB 27 per share, or HKD 31 per share at today’s exchange rate. This is a meaningful 70% above the current share price.

Our assumptions can be summed as follows:

As with numerous other companies we’ve written about in the past (oftentimes also family businesses), we are quite impressed with what Haitian has achieved since its founding over 50 years ago. Starting from nothing, the company has grown over time to attain a global leading position in the manufacture of plastic injection molding machines. The recipe for success is often the same: an uncompromising focus on meeting customers’ needs, R&D and technology leadership, operational excellence, as well as cultivating its corporate culture and brand equity.

As a result, the company runs a consistently profitable business and achieves attractive return levels without any financial leverage. It is a family-owned business that clearly aligns the interests of all stakeholders, resulting in a prudent and sensible capital allocation policy. Shareholders are regularly remunerated via annual dividend payments.

In summary, Haitian ticks a lot of boxes on our investment checklist, and we believe the shares to be significantly undervalued at current prices. As a result, we may look to acquire a participation in the company in the near future.