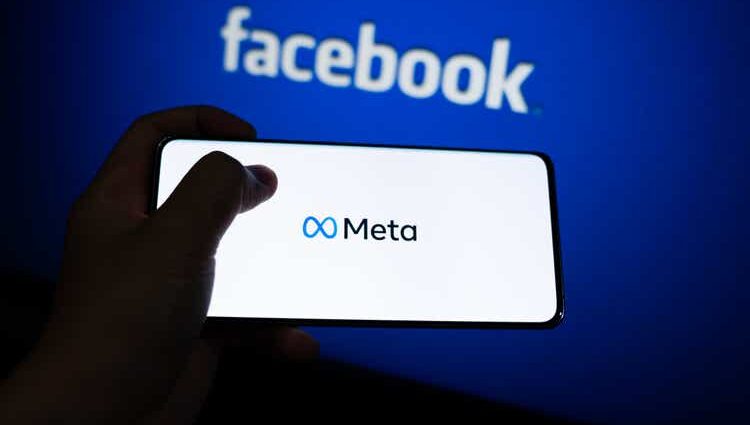 Meta Platforms, Inc. (NASDAQ:META) has mentioned that it will be facing significant challenges due to new privacy policies of Apple (AAPL). In the previous earnings call, Meta’s CFO mentioned that the company could see a hit of around $10 billion or close to 10% of its revenue. The latest earnings report shows that the headwinds due to this privacy policy change might not be that big.

The feud between Meta and Apple has been ongoing for a number of years. One of the main reasons behind this is that Apple is not able to gain a lucrative licensing deal from Meta similar to the one it has with Alphabet (GOOG, GOOGL) (“Google”). The licensing revenue is probably 100% profit, and recent estimates suggest that the deal with Google provides revenue of over $10 billion.

Apple is unlikely to tighten the screws on its privacy policy significantly in the future because it would start hurting Google and other smaller app developers who depend on ad revenue. Apple is already facing a massive challenge in the App Store, where regulators want to allow other payment providers. The “walled garden” approach by Apple could also be viewed as monopolistic which would lead to legislators and regulators moving against the company. The challenge faced by Meta from Apple’s privacy changes is overestimated because the company has a number of tools that can allow it to deliver targeted ads and maintain its ad rates.

It is likely that the performance of Meta is close to the bottom and we might see better numbers in the near term due to higher monetization of new initiatives and cost-cutting within the company.

After the previous earnings call, Meta saw one of the biggest corrections in its stock. A large part of this correction was due to the management’s concern over the new privacy policies of Apple. Meta mentioned that it could see a $10 billion revenue hit due to these privacy policies. However, it is likely that Wall Street has overestimated the negative impact of Apple’s privacy rules on Meta. A recent report on Information has mentioned that advertisers are already seeing a recovery in conversion rates of their ads on Meta after the initial dip due to new privacy rules on Apple.

The privacy rules will also hurt Google, which has a multibillion-dollar licensing deal with Apple. The current estimates show that the negative impact on Google will be less than that on Meta. However, over the long run, this will be another reason for legislators to look at the anti-competitive nature of the licensing deal between Apple and Google.

The jury is still out on the future steps that Apple will take on its privacy front. However, Meta has a number of options that it can use to reduce the negative impact of these policies.

Meta has already taken a number of steps that will allow the company to build a better moat around its advertising business. The company is ramping up its own hardware segment, which will give it more control over the services it provides to customers. Qualcomm’s CEO had recently mentioned that Meta’s Oculus Quest 2 VR set had sold over 10 million units within a year. Meta is also launching newer versions of smart speakers, smart glasses, and smartwatches. Meta has the resources to build a very strong hardware business. Even if these products are sold at wafer-thin margins, the long term benefit for the overall ecosystem will be significant.

Meta could sell over 100 million units within its hardware business by 2025. This will certainly reduce its dependence on Apple’s products and its walled garden. Amazon (AMZN) and Google have already cornered a big chunk of the smart home device market, and Apple has not been able to make a big dent in their market share. Success in hardware business should help Meta build better tools on how it uses customer data.

Meta’s massive investment in metaverse should also help the company build its own walled garden. The company is reporting losses in this business, but over the long term it will help in improving the ecosystem of Meta and give a stronger moat.

Meta mentioned that its Reality Labs division brought in sales of $452 million while the overall loss was $2.8 billion. Starting 1st August, Meta will be increasing the cost of Quest 2 VR devices by $100. This shows management’s confidence in retaining customers at a higher device price and will also improve the revenue in this division. Management also mentioned that it had reached $1 billion annualized revenue rate in Reels.

Meta’s ability to rapidly cut costs is not priced in by Wall Street. The company has already slashed hiring plans, which should help in cutting expenses. Meta’s headcount increased by a whopping 32% YoY which led to 22% increase in expenses compared to year-ago quarter. On the other hand, revenue dipped by 1%. This shows that there were excess hires during the pandemic which might be reduced rapidly.

Figure 1: Increase in expenses did not match headwinds for revenue.

Meta has been quite adept at managing expenses in the past few years. The trajectory of revenue and expenses growth has had a high correlation in the past.

Figure 2: Trajectory of revenue, expenses and employee count in the last few years.

We can see from the above image that total expenses and employee headcount growth have been similar over the past decade. Meta’s management can undertake significant belt-tightening in order to rein in expenses and bring them in line with revenue growth trajectory. This might take another two quarters, but we should see a good jump in margins due to this effort.

Meta’s stock has already seen a correction of over 50% year-to-date and it is trading at a P/E multiple of less than 13. This shows that most of the negative impact on Meta is already priced in. The headwind due to Apple’s privacy rules will be minor because it causes a lot of collateral damage to other players in the digital ecosystem. Apple would not like to hurt Google or other smaller app developers who depend on advertisements.

Figure 3: Meta has significant cash reserves to continue the buybacks.

Meta undertook another $5 billion of buybacks which expunged more than 1% of its outstanding stock in this quarter. Over the trailing twelve months, the buybacks have been more than $50 billion. The company has enough reserves and free cash flow to continue with buybacks. The modest PE multiple should allow the company to expunge a higher percentage of shares and have a bigger impact on the EPS.

The recent quarterly report shows that the challenges due to Apple’s privacy policies for Meta are overhyped. Meta has launched a number of initiatives and has the resources to weather near-term challenges. Meta stock is still a very good long-term bet due to strong fundamentals of the company and the new segments which can improve the growth runway for the company.

The challenges faced by Meta due to Apple’s privacy policies are overblown. It is likely that Meta will build new tools and workarounds to reduce the negative impact of these privacy rules. At the same time, Apple would not want to hurt Google or other smaller app developers who are dependent on advertising. Apple is already facing challenges in its App Store due to monopolistic payments option. New rules by Apple which hurt apps dependent on advertising could be viewed negatively by regulators in many regions.

Meta is launching new initiatives like increasing hardware sales, ramping up investment in metaverse, monetizing Reels, and diversifying revenue streams. The valuation of Meta stock does not reflect the strength of its platforms and the long-term growth options. The cheap valuation of this stock makes it a good bet for long-term returns.