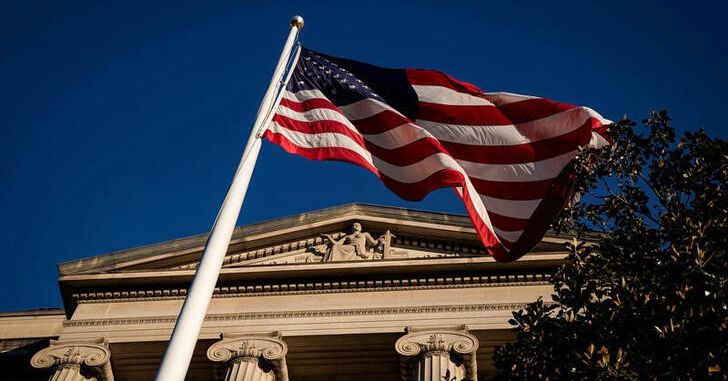 (Reuters) – The U.S. Justice Department recently opened an environmental justice investigation in Houston, the second in a program launched last year that marks the federal government’s most significant recognition yet of environmental racism.

Minority communities, as research has shown, bear most of the toxic effects of industrial pollution — a phenomenon that in many cases stems from underlying systemic crime.

The DOJ’s announcement on July 22 is a step toward dismantling that system. The department said it had opened a broad investigation into the City of Houston’s alleged failures to deliver adequate municipal services to Black and Latino residents, including whether officials ignore reports of rampant illegal dumping, which even includes dead bodies.

That announcement follows the DOJ’s first ever environmental justice investigation under Title VI of the 1964 Civil Rights unveiled in November 2021, a probe into whether Alabama and the Lowndes County Health Department provide adequate wastewater disposal to Black residents.

Houston — which lacks zoning laws — is one of the cities where the modern environmental racism movement began to coalesce, according to a 2022 law review article by Kirsten Williams. She is a federal law clerk for magistrate judge Andrew Edison of the U.S. District Court for the Southern District of Texas for the 2022-2023 term, according to her Linkedin page.

In the 1970s, when about 25% of residents were Black, 80% of Houston’s city-owned landfills and incinerators were in Black neighborhoods, according to research by Robert Bullard, a sociologist and professor at Texas Southern University.

In Lowndes County, which earned the epithet “Bloody Lowndes” for a brutal campaign of racial terrorism during the 1950s and 60s, many Black and low-income people still lack basic sanitation services. For generations, hundreds of residents have lived with homemade systems that intermittently flood their homes and yards with raw sewage, The Birmingham News reported in July last year.

Officials in Lowndes County and in Houston didn’t respond to requests for comment. Houston Mayor Sylvester Turner criticized the probe in a July 22 statement, saying the investigation came as a surprise and was “baseless, and without merit.”

Title VI gives federal authorities the power to regulate and prosecute discrimination by entities that receive federal financial assistance, including by terminating funding.

The investigations represent the start of a long overdue vindication of environmental racism’s core claim that minority communities bear the brunt of the myriad pernicious effects of industrial and environmental pollution, often by design.

The federal government acknowledged the fact of environmental racism in 1994, when former President Bill Clinton issued a watershed executive order that directed federal agencies to address environmental harms on minority and low-income populations. The move was largely symbolic nonetheless – the order didn’t contemplate any form of prosecution.

Moreover, Title VI is essentially dormant with regard to the Environmental Protection Agency. The agency sometimes takes decades to investigate bias complaints, and it has made a finding of discrimination just once, according to Williams’ law review article.

Catherine Coleman Flowers, a climate justice activist, helped bring the Lowndes County’s sanitation problems to national light in the 2020 book Waste: One Woman’s Fight Against America’s Dirty Secret. She told me it’s significant for DOJ to recognize that “environmental inequities and injustice against the powerless is a crime, whether based on race or income.”

Coleman paused when I asked about her expectations.

“This is new to all of us,” she explained. “I just hope the Justice Department stays the course and that there are consequences if they find out people have violated the laws and right to equal protection.”

A Justice Department spokesperson told me investigators haven’t reached conclusions in either the Houston or the Lowndes County case yet.

The department will work with the jurisdictions if it concludes they aren’t complying with Title VI, “including identifying corrective action and monitoring compliance with any necessary ameliorative actions and agreements,” the spokesperson said.

The Justice Department is likely aiming to reach settlements that would compel policy changes, a long-running strategy with mixed results, at best. Still, a settlement, and even the opening of an investigation, indicate prosecutors’ belief that disparate environmental harms — whether neglectful or intentional — can constitute a crime.

By now, there is no serious dispute that minority communities are disproportionately forced to accept the consequences of living near industrial facilities, hazardous waste and contaminated water.

The theory of environmental racism has been borne out time and again, in studies dating back to the 1970s. The birth of the modern movement is typically linked to Warren County, North Carolina, where Black residents in 1982 used the tactics of the civil rights movement to protest a planned landfill.

Countless examples have made headlines since then.

Lowndes County was in fact a key subject of a 2017 statement by the United Nations Special Rapporteur on extreme poverty and human rights.

“I saw various houses in rural areas that were surrounded by cesspools of sewage,” Philip Alston wrote. “But since the great majority of White folks live in the cities, which are well served,” and “most of the rural folks in areas like Lowndes County, are Black, the problem doesn’t appear on the” governmental radar screen.

In 2016, an investigatory task force reached the “inescapable conclusion” that the water crisis in Flint, Michigan, was a case of race-based environmental injustice.

There’s “Cancer Alley” in Louisiana, a petrochemical industrial corridor. UN human rights experts called that case “a form of environmental racism” in March 2021, noting that the area was formerly known as “Plantation Country” for the number of enslaved Africans forced to labor there.

Locals around the Altgeld Gardens complex in southside Chicago call their neighborhood the “toxic donut,” according to a Chicago Tribune report in August 2020.

Baltimore has “lead kids” and “lead checks,” a reference to all-too-common lead poisoning in mostly Black neighborhoods, and the associated legal settlements, the Washington Post reported in December 2015.

In virtually every notable case, residents and grassroots activists first identified the issue as a matter of discrimination.

Bullard, considered one of the founders of the environmental racism movement, said in 2018 that “it didn’t take a rocket scientist” to figure what was happening, according to a USA Today investigation in September that year (He added that it does in fact take lawsuits and academic data to convince the government and courts that the problem exists).

Now, again, it’s largely the voices of activists and those afflicted by environmental racism that have pushed the government to act. Hopefully the efforts are more productive this time around.

Opinions expressed are those of the author. They do not reflect the views of Reuters News, which, under the Trust Principles, is committed to integrity, independence, and freedom from bias.

Hassan Kanu writes about access to justice, race, and equality under law. Kanu, who was born in Sierra Leone and grew up in Silver Spring, Maryland, worked in public interest law after graduating from Duke University School of Law. After that, he spent five years reporting on mostly employment law. He lives in Washington, D.C. Reach Kanu at hassan.kanu@thomsonreuters.com