Is the revival of BSNL a strategic bet for Indian Hi-Tech? 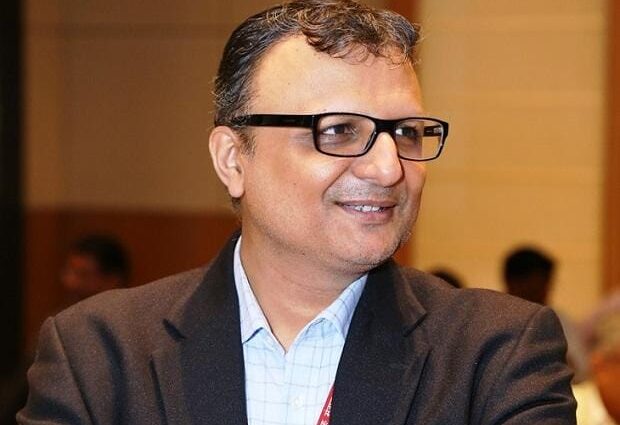 Earlier in June this year the UK’s Financial Times carried an in-depth report on how Xi Jinping’s China was betting heavily on what have been described as “strategic emerging industries” – from hi-tech manufacturing to renewables, AI to quantum computing. With more than 900 billion dollars of funds directed towards these technologies considered central to economic competition with the west, the FT reported that the ultimate aim was to produce a new generation of national champions across these strategic technology sectors. The seriousness of this effort and the stiff competition it has spurred might be gauged from the fact that the United States Congress recently passed a landmark 280-billion-dollar CHIPS and Science Act aimed at supporting American chip makers and boosting research in hi-tech sectors – batteries to robotics. Even as China’s top chip maker SMIC has claimed breakthrough in nanoscale chip manufacturing, several questions have been raised in a recent analytical report by the NIKKEI Asia on the ability of the US and other countries to go local with semiconductor manufacturing and to secure related supply chains.


This hi-tech race is perhaps the new “arms race” as we enter into what seems to be the 21st century’s version of a cold war that has pitted China against the West. The Chinese efforts to dominate and influence hi-tech also needs to be viewed in the broader context of technology standards such as 5g/6g that have seen consistent behind the scenes influence by China. The purported intent of these efforts by China is to set and use global technology standards as a lever to expand its industrial base in these strategic emerging sectors.


It is in this context that we must view the decision of the Union Cabinet announcing a revival package for BSNL. To better appreciate the strategic significance of this decision it would be in order to put into perspective how state funded technology spending by India for decades has done little to nothing to either develop a homegrown base for strategic industries nor establish a stake for India in global standards. As the CEO of India’s Public Broadcaster it was eye opening that Doordarshan and All India Radio had been spending thousands of crores of rupees from government of India grants towards broadcast infrastructure almost entirely on foreign technology vendors. Barring a handful of domestic systems integrators almost all of the hi-tech broadcast equipment from satellite systems to terrestrial transmitters were all imported. It was also stunning to discover that these investments were being made on a family of global standards that were based on intellectual property owned by foreign broadcasters and related entities who were the ultimate beneficiaries of royalty revenues. Telecom which is a far larger sector compared to Broadcasting with investments running into lakhs of crores of rupees clearly has even greater stakes for those who set the standards and stand to benefit from public investments.


The Union Cabinet’s decision to target the universal service obligation, USO funds, towards rural 4G network rollout based on the indigenously developed technology stack is a significant first step in this direction. Much of the commentary in the immediate aftermath of the BSNL package announcement has predictably focused on the commercial viability of BSNL and on the need for disinvestment. While PSU disinvestment in non-strategic sectors is an imperative for economic reforms, the same needs to be viewed differently in the case of strategic sectors. From Space (NSIL) to Defence (corporatizing Ordnance Factories) and now Telecom, the Aatmanirbhar Bharat push by Prime Minister Narendra Modi has to be seen as India’s response to the global race for hi-tech dominance. From 4G technology development by Indian research organisations like C-DOT and Indian start-ups like Tejas to 5G technology standards push by the IITs, we are for the first time witnessing indigenous technology being a viable option and India specific needs being reflected in global technology standards. On a much smaller scale is a similar effort that was initiated by Prasar Bharati with IIT Kanpur supported by TSDSI the Indian standards body and Indian start-ups like Sankhya Labs to boost indigenous technology development in Direct to Mobile Broadcasting (D2M) in line with emerging standards for 5G. By requiring BSNL to invest in indigenous technology stack for its rural 4G service for more than 30,000 villages, the homegrown telecom R&D and hi-tech start-up ecosystem will receive an unprecedented strategic boost.


The second area of thrust of the BSNL revival focused on rural broadband bringing fiber to every village will have an additional benefit for Digital India. The continued success of mass scale platforms like Aadhaar, UPI depends heavily on access to Internet and Broadband services available ubiquitously across India as a Public Utility. A solid foundation for the many technology powered governance initiatives accelerating the transformation towards a Digital India requires universalizing digital access.


It is from these twin lenses of aatmanirbhar bharat and digital India that we must assess the rationale for infusing more than a lakh core of public funds into the state owned telecom service provider. The underlying strategic objectives will only be realized if the hi-tech ecosystem in India is further developed and nurtured by BSNL. This will require an entrepreneurial and innovation driven approach to managing the PSU telecom giant. Going beyond BSNL, the hi-tech funding philosophy of India will also have to become comfortable with placing strategic bets and taking risks with innovations at the frontiers of technology. It would be pertinent to recognize that from VLSI to the Internet, most of today’s ubiquitous technologies were the product of strategic bets on early stage technologies by government entities such as the DARPA in the United States. The ultimate success of Aatmanirbhar Bharat in hi-tech will depend on similar risk taking and on an entrepreneurial approach to innovation that actively nurtures and grows the domestic hi-tech ecosystem.

Business Standard has always strived hard to provide up-to-date information and commentary on developments that are of interest to you and have wider political and economic implications for the country and the world. Your encouragement and constant feedback on how to improve our offering have only made our resolve and commitment to these ideals stronger. Even during these difficult times arising out of Covid-19, we continue to remain committed to keeping you informed and updated with credible news, authoritative views and incisive commentary on topical issues of relevance.

We, however, have a request.

As we battle the economic impact of the pandemic, we need your support even more, so that we can continue to offer you more quality content. Our subscription model has seen an encouraging response from many of you, who have subscribed to our online content. More subscription to our online content can only help us achieve the goals of offering you even better and more relevant content. We believe in free, fair and credible journalism. Your support through more subscriptions can help us practise the journalism to which we are committed.

2022-07-29
Previous Post: Thermally Conductive Plastics Market worth $298 million by 2027
Next Post: ‘It’s in the water you drink’, how ocean plastic pollutes the Earth